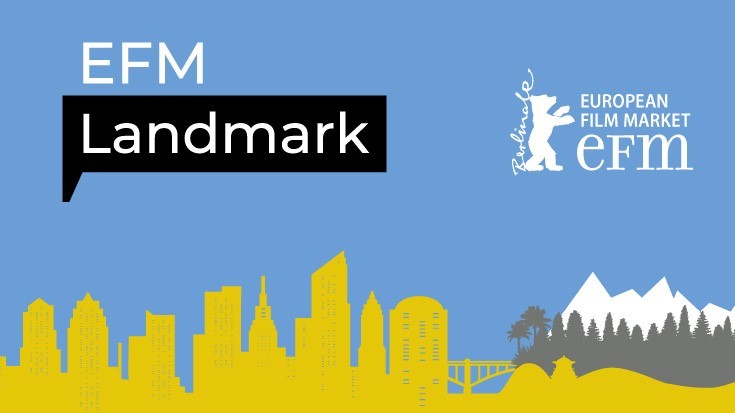 There is one interesting thing that Auckland, Barcelona, Bavaria, Cracow, Finnish Lapland, Jordan, Lisbon, Lviv, New York, Oslo, Rwanda, Sardinia, Scotland, Split-Dalmatia, Valparaíso, Vladivostok, the Western Cape and Zurich and almost 300 other cities, countries and regions all have in common with the city region of Berlin-Brandenburg — they have an active film commission.

Increasingly, film commissions have become essential partners for producers, not only assisting them in their aims for the best locations for their film and drama series projects, but also offering an array of first-hand information regarding financing, co-production and shooting possibilities in the city or region they represent. Over the past 20 years, film commissions have become a key factor in the international film industry.

“EFM Landmark” will offer plenty of options to present new trends, the tax rebates and incentives du jour, as well as changes in co-production funding opportunities and showcases of the best locations for film and drama series to producers looking for the right fit. Additionally, an important aspect of “EFM Landmark” will be a matchmaking service on its two consecutive days.

Events will take place both in and around Gropius Bau, as well as in the Berlin House of Representatives, where the Berlinale Co-Production Market takes place. Like with all other business platforms at EFM, access to “EFM Landmark” is with a Market Badge only.

Matthijs Wouter Knol, EFM Director: “’EFM Landmark’ will add an infrastructure for the growing group of producers at EFM. In addition to visiting film commissioners at the stand where they do their one-on-one meetings during the week, ‘EFM Landmark’ events will help both producers and film commissioners to get a quick overview in two days of what’s cooking, what’s changing, who’s new and where to find unexpected gems that will help them speed up pre-production at the right location and forge collaborations.”

“We are very happy for this collaboration with EFM,” says Truls Kontny, EUFCN President. “For our association and for all European film commissions this collaboration is crucial and it’s a great opportunity to give visibility to our professionals and what they have to offer within their territories. It’s extremely important to have a physical space in such a huge international market where the industry can easily meet all our film commissions and learn more about our activity. Furthermore, this space will be the perfect location to assign our third European Location Award 2019: the award that EUFCN assigns every year to the best European location in a movie or TV series.”

Preparations for “EFM Landmark” will commence on October 1st, 2019.

More detailed information can be found at www.efm-landmark.com.