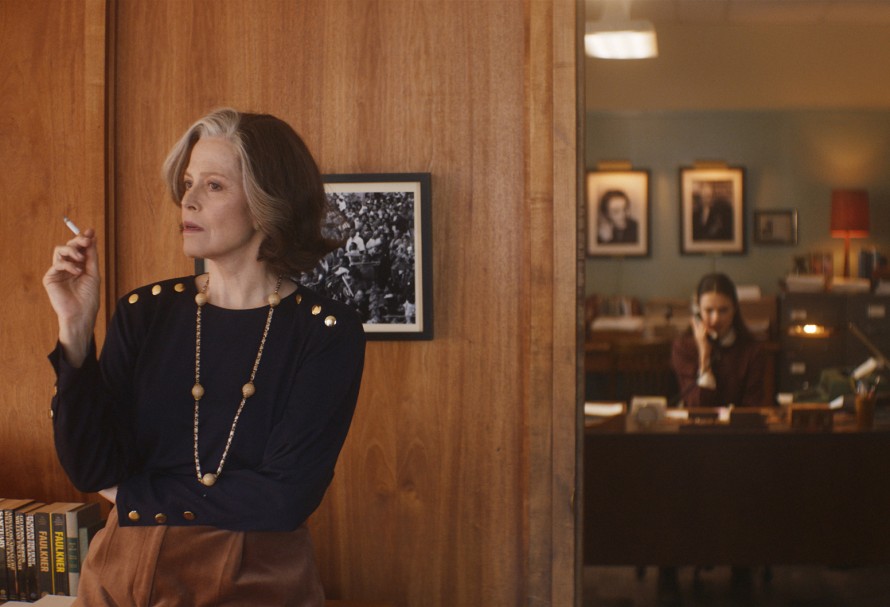 In launching the 70th edition of the Berlin International Film Festival, the Berlinale Special Gala My Salinger Year by writer/director Philippe Falardeau will celebrate its world premiere on February 20, 2020 at the Berlinale Palast.
The top-class cast of the Berlinale opening film stars Golden Globe winning and Oscar-nominated Sigourney Weaver, Margaret Qualley - most recently seen in Fosse/Verdon, Seberg and Once Upon a Time in Hollywood - and Douglas Booth (The Dirt).

The Canadian-Irish co-production is based on the novel of the same name by the US author Joanna Rakoff.

Artistic Director Carlo Chatrian: “We are delighted to open the 70th edition of the festival with a coming-of-age story that takes the viewpoint of the protagonist who has a fresh perspective, which is in no way naïve. Philippe Falardeau depicts the small NYC literary world of the 1990s with humour and a sweet note, but he never forgets the 21st century we are living in or the unifying role that art plays in all of our lives. We are looking forward to welcoming Margaret Qualley and Sigourney Weaver as well as other members of Philippe Falardeau’s great cast and crew.”

My Salinger Year follows aspiring poet Joanna (Margaret Qualley), who works as an assistant to literary agent Margaret (Sigourney Weaver). Joanna’s job is to answer the fan mail of cult author J.D. Salinger, the pride of the agency.

Director Philippe Falardeau previously presented his film C'est pas moi, je le jure! (It’s Not Me, I Swear!) in 2009 in the Berlinale Generation section, where he won both the Grand Prix of the Generation Kplus International Jury for the Best Film and the Crystal Bear for the Best Film. Philippe Falardeau also wrote and directed Academy Award nominated Monsieur Lazhar, and The Good Lie which starred Reese Witherspoon.

“I'm thrilled that My Salinger Year will open the 2020 Berlinale. We couldn’t have hoped for a better world premiere. In the past, the Berlinale has opened with wonderful films from established directors; needless to say, I’m honoured to be on that list. I have fond memories of the festival where one of my features screened at Generation in 2009. I look forward to reuniting with Margaret Qualley and Sigourney Weaver for the event,” says Philippe Falardeau.