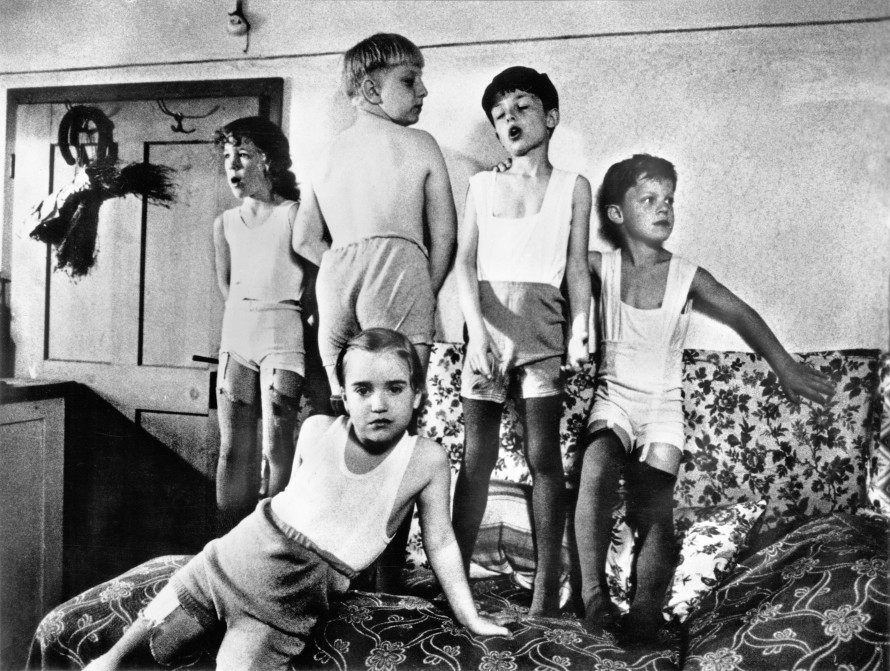 The Retrospective of the 69th Berlin International Film Festival takes as its subject women filmmakers between 1968 and 1999. The programme encompasses 26 narrative and documentary features from the former East and West Germany, as well as German films after re-unification in 1990. In addition, the Retrospective will show some 20 shorter films on their own, or as lead-ins to the features. What the filmmakers and their protagonists have in common is an interest in exploring their own environment, and the search for their own cinematic idiom.

In West Germany, this development was embedded in the 1968 student movement, and closely linked to the new women’s movement and the New German Cinema wave. In East Germany, by contrast, all films were made within the state-controlled studio system. That studio, DEFA, gave a few women a chance to direct as early as the 1950s, however they were mainly assigned to children’s films. Towards the end of the 1960s, everyday life in the socialist country became the focus of East Germany’s women directors.

“Thanks to those activists, including committed filmmakers such as Helke Sander, Ula Stöckl, and Jutta Brückner, women directors evolved with self-confidence. The need for gender equality in the film industry is a subject that is topical even today,” emphasises Berlinale Director Dieter Kosslick. 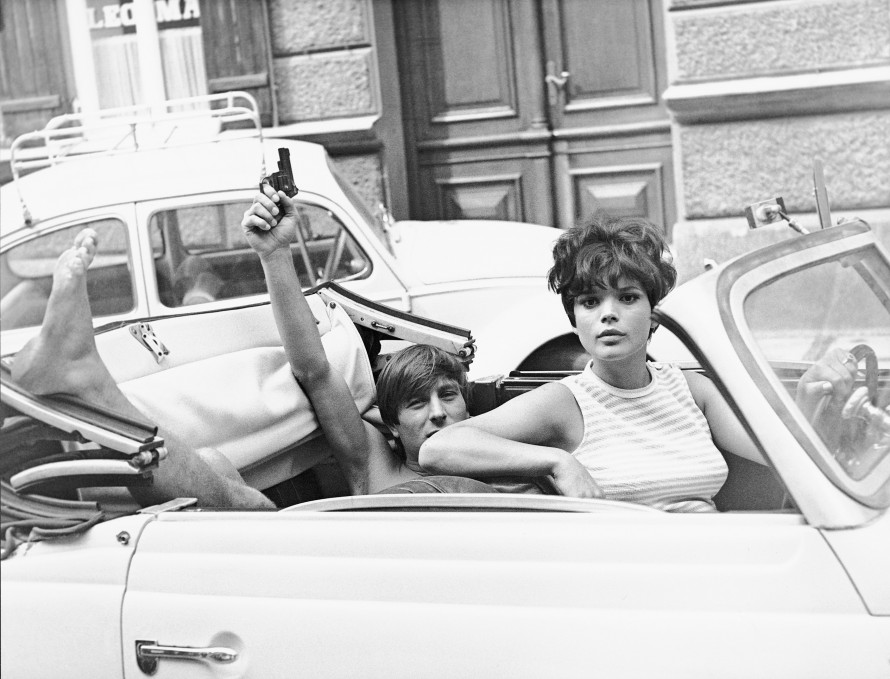 Werner Enke and Uschi Glas in Zur Sache, Schätzchen by May Spils, FRG 1968

The upcoming Retrospective curated by the Deutsche Kinemathek ranges from May Spils’ first big theatrical hit Zur Sache, Schätzchen (Go for It, Baby, FRG, 1968) to the documentary Mit Haut und Haar (Under My Skin, GER, 1999), in which Martina Döcker and Crescentia Dünßer trace the memories of six women born before or during the Weimar era. Most of the films can be categorised as auteur works; the directors often fulfilled several functions on the productions. The films selected reflect on how women deal with their bodies, space and relationships, everyday life and work. The genre covers a variety of filmmaking types – from animated, essayistic, and experimental work, to traditional narratives and documentaries.

The narrative thread of many of the films can be traced back to the filmmaker’s personal history. There is often a concordance between individual awakenings and developments in society, for example in Jutta Brückner’s Tue recht und scheue niemand – Das Leben der Gerda Siepenbrink (Do Right and Fear No One, FRG, 1975) or Marianne Rosenbaum’s Peppermint Frieden (Peppermint Peace, FRG, 1983). The aesthetic approaches are also varied. Opulent imagery such as in Ulrike Ottinger’s Dorian Gray im Spiegel der Boulevardpresse (Dorian Gray in the Mirror of the Yellow Press, FRG, 1984) or in Nina Grosse’s Der gläserne Himmel (The Glass Sky, FRG, 1987) stands alongside stark representations of everyday life in Helma Sanders-Brahms’ Unter dem Pflaster ist der Strand (Under the Pavement Lies the Strand, FRG, 1975), or Angela Schanelec’s Das Glück meiner Schwester (My Sister’s Good Fortune, GER, 1995). Several of the films benefit from poetic black-and-white cinematography and location shooting. Ingrid Reschke’s narrative feature Kennen Sie Urban? (Do You Know Urban?, GDR, 1971) is an impressive portrait of a young generation on large construction sites in East Germany, while in Berlin – Prenzlauer Berg. Begegnungen zwischen dem 1. Mai und dem 1. Juli 1990 (Berlin Prenzlauer Berg - Encounters between 1st of May and 1st of July 1990, GER, 1990), Petra Tschörtner documents the upheaval during the collapse of communism. Both films are forays into an urban landscape in flux. 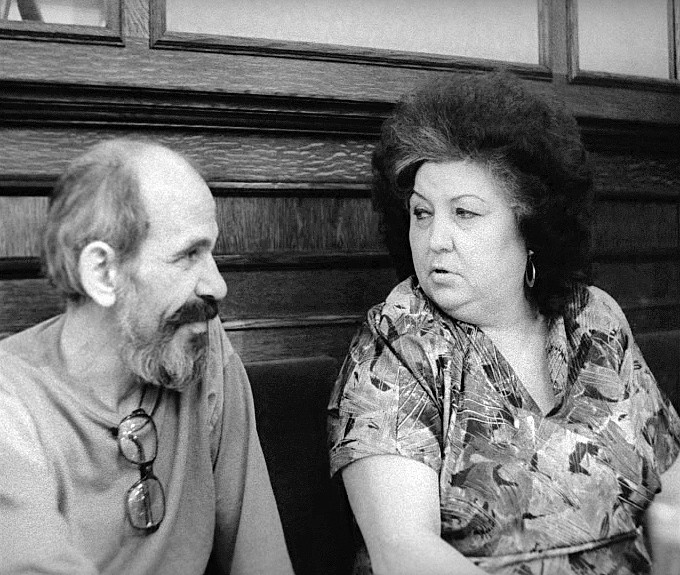 Berlin is both the anchor of many of the filmmakers, and the location of many of the stories. In Pia Frankenberg’s Nie wieder schlafen (Never Sleep Again, GER, 1992), three women ramble aimlessly around the city. They are flaneurs, much like the main character in Claudia von Alemann’s Die Reise nach Lyon (Blind Spot, FRG, 1980), who is following in the tracks of a feminist ancestor. In the films made around 1970, the filmmakers and their protagonists are often conquering the streets for the first time; in the films from the 1990s, street settings have become a matter of course, even for personal stories.

“‘Self-determined’ is a continuation of the Retrospective ‘Germany 1966’, which documented the early careers of many West German women directors. Over the decades that followed, film in both East and West Germany developed a great diversity, both stylistically and in subject matter, and that’s what we are presenting in this Retrospective,” says Rainer Rother, head of the Retrospective section and artistic director of the Deutsche Kinemathek – Museum für Film und Fernsehen.

Among the highlights of the Retrospective will be the introduction of the films by their directors. There will be discussions in the Retrospective cinemas with filmmakers such as Iris Gusner, Jeanine Meerapfel, Helke Misselwitz, Helke Sander, Evelyn Schmidt, Ula Stöckl, Margarethe von Trotta, and Katja von Garnier.

The Retrospective film programme will once again be accompanied by a host of side-bar events at the Deutsche Kinemathek – Museum für Film und Fernsehen.

Special thanks for their support go to German Films in particular and the partners of this year’s programme: the DEFA-Stiftung, the Deutsches Filminstitut – DIF, the Arsenal – Institute for Film and Video Art e.V., and the German Federal Archives Film Archive.