Messed up? So what! So much the better.

Higher, farther, better? Not necessarily! With this year’s theme “Mistakes – How to Fail Better”, Berlinale Talents is celebrating its 17th edition by making the case for greater honesty, more risk-taking and an open error culture. Project director Christine Tröstrum and programme director Florian Weghorn took the time to talk with us about what exactly such an approach could mean for the film world. 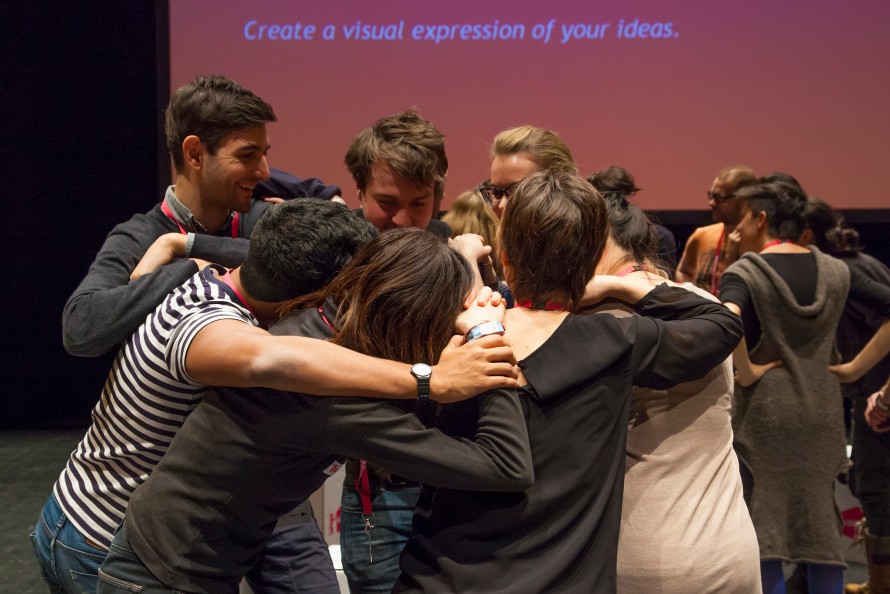 Let’s just get the ball rolling with a really simple question: How often do the two of you make mistakes?

Christine Tröstrum: It depends of course on what shape I’m in on a given day and the level of stress. We feel it’s extremely important to allow one’s self the possibility to make mistakes in the first place, and to talk about it with other people. In the end, that’s the only way we can support one another. I think that a transparent approach to dealing with mishaps is also essential when it comes to functioning teamwork.

Florian Weghorn: If you define mistakes as we have from our programmatic standpoint, then they’re actually happening to us non-stop. We’re not talking about classic typos or a muffed cut in a film here. Our programme is devoted to the sometimes unavoidable – or even intentional – unpredictability of creative work. Not everything goes according to plan, and that can in turn result in new possibilities, ideas and solutions. Our talks and workshops are also open to all results in this regard. Together with our Talents, guests and viewers, we’re embracing the creative risk that we may also end up taking exciting wrong turns at times. Right and wrong don’t exist for the moment – what counts for us instead is whether our experience is interesting and relevant. 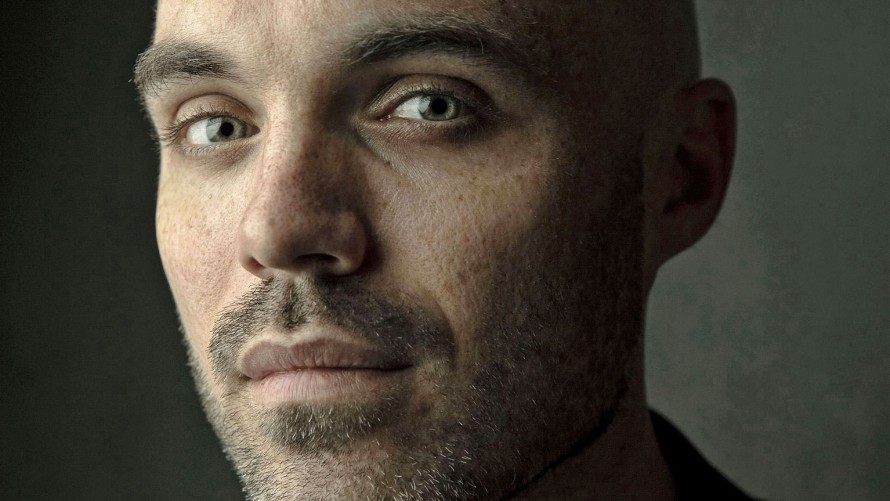 So is it about redirecting the negative perception of mistakes for you?

FW: You know, some things in life just end up going wrong and that’s hard to take. But we want to show that a supposed flaw can also function as a creative experiment – depending on the perspective you adopt. That’s also why we decided to go with the subtitle "How to Fail Better" – by all means with a wink and a nod of course.

CT: For instance, David Lowery’s talk fits well with this notion of an enthusiastic embracing of trial-and-error. The US-American indie director and Berlinale Talents alumnus is known for his films A Ghost Story (2017) and The Old Man & the Gun (2018). He’s going to be coming to Berlin straight from the set of his new film, and it is still not clear how the event at HAU1 is going to turn out, purposefully so. David’s going to be bringing along a lot of music, video clips and film sequences, and we’re going to take a trip through things that inspire him: the audience is supposed to be able to experience live with David how he develops the ideas for his films.

What moved you to want to tackle the topic of “mistakes”?

FW: On one hand, our themes come from the gut. On the other hand, for a number of years now – both for our Talents and for ourselves – we’ve been observing a growing tendency towards self-optimisation: everybody wants to get better, to make more beautiful and higher quality films, to be funded more solidly and successfully. That’s alright in its way too of course, but the pressure is increasing, which can lead to an incredible strain over the long haul. Naturally, by implication this focus on “mistakes” also has something to do with this self-optimisation, no doubt. But you also always have the option to stop and reflect for a moment. For us coming up with the theme this time was extremely soothing: “Let’s take a deep breath and fail better!” Now we want to discover where that will take us.

CT: We’ve also been deeply preoccupied for quite a while with how one can deal well with change. Today more than ever, we’re constantly confronted with a massive amount of innovation. In the film business, the rapid digital development has not only changed how we make films, it’s also changed all of the exploitation chains in particular. So with this theme, for us this year’s programme is also about learning to bolster one’s self and one’s own resilience in order to respond to new challenges as calmly and competently as possible. We’re pulling out all the stops, from an extensive talk with Tendo Nagenda, the VP of Original Film at Netflix, all the way to strong concepts for target audience work in the area of arthouse cinema. 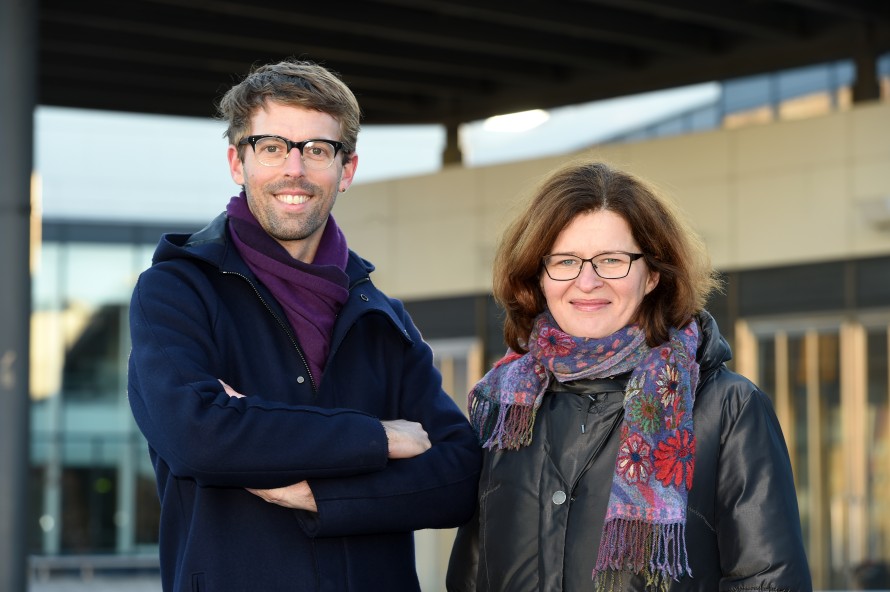 Diversity, collaboration, impact and innovation are the four guiding themes that have accompanied you over the years and set your programme apart to a certain extent. How exactly are they coming into play this year?

FW: Well, first off those are overarching themes that our initiative and the festival as a whole identify with. At the Berlinale, we don’t just want to use them superficially as buzzwords though, we’re looking to fill them with life. One probably shouldn’t overestimate the impact of the festival, but, where we are able and permitted to do so, our work should serve as a model and provide impulses – beyond the month of February and right into the heart of important debates such as #MeToo for example. In that context, the guiding themes you mention are critical questions directed at ourselves: What can we do as an institution to drive real systemic change?

CT: And sure, of course we already feature a lot of diversity as a matter of principal: our Talents come from over seventy countries and even more cultures. The majority of our Talents are female this year. It’s just that visibility alone doesn’t generate change yet. Change doesn’t come until people join up with one another and start to get down to the fundamentals. And we’ve designed our programme to help accomplish just that: we channel messages of change; however, we also discuss the difficulties and hurdles that manifest themselves when it comes to execution.

FW: By the way, our biggest role models are the Talents themselves: from a Brazilian collective for camerawomen to recycled set construction in the spirit of “green film shooting”, our participants are engaged in the world far beyond the confines of their films. The diversity of these projects is documented first and foremost in our publications, and in addition we’ve created the Talents Footprints initiative: at the end of the Talents week, we put on an event in co-operation with the German UNESCO and the German Federal Foreign Office. We ask ourselves how the issues of diversity, collaboration, just work conditions and access to education can be advanced in the cultural sector. Sustainability serves as the overarching concept here. Not at all only in the ecological sense, but instead in reference to the more broadly formulated Sustainable Development Goals of the UN: meaning over the long-term! 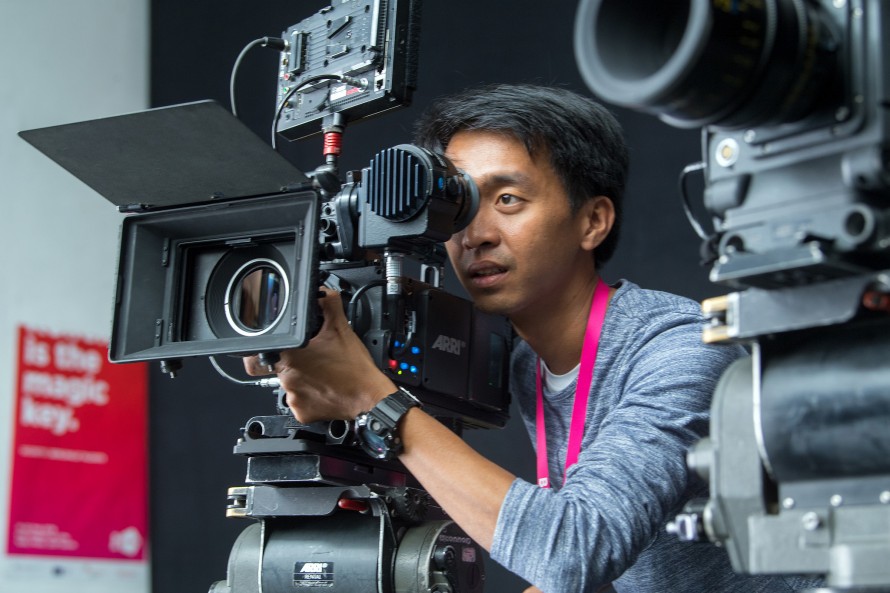 What also distinguishes your programme is its involvement with the entire spectrum of filmmaking.

FW: Absolutely, with our programme all of the different disciplines involved in filmmaking play a role throughout the week. We’re going to start with the area of editing: Kill Your Darlings is a classic and beloved by the general public too. There will be special focuses on cinematography and video technology, for instance with the Survival Guide for Digital Workflows. In keeping with our “mistakes” theme, the pros will cover “images on the brink of extinction”.

CT: We could go through all the disciplines like that: specialists for sound and foley work will discuss how to reconstruct reality using sound design specifically in the context of documentary films. To what extent is such an intervention into reality even admissible? Is such work still documentary in nature? Our two guests are going to put on their event as a live workshop in HAU2 – so there will be plenty to listen to there. The public is also warmly invited to attend and take a special look into the world of film here. 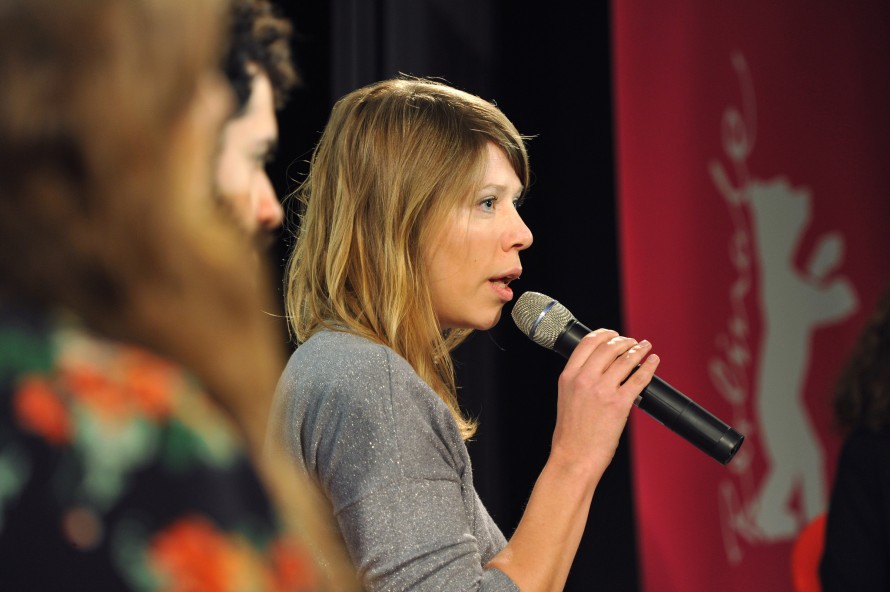 Speaking of the public programme: for the general public Berlinale Talents also has both talks and film screenings. Is there anything within that part of the programme that you are particularly looking forward to this year?

CT: Two years ago, we joined forces with the Perspektive Deutsches Kino section to create a new development award, the Kompagnon Fellowship. Nora Fingscheidt received a distinction for her film project Systemsprenger at that time. Through the award she not only received financial support, she also benefited from sustained coaching. That meant we were involved in intense dialogue about the project with Nora, we advised her and connected her to people from our professional network. The fact that the completed film was selected for the Competition at the Berlinale this year absolutely fills us with joy!

FW: Since we always select current festival films by alumni for our five screenings in HAU1, we will of course be featuring Systemsprenger as well. We’re showing it Saturday evening at 8.30 pm. Following the screening, there will be a Q&A with the director as well as with producer Jonas Weydemann, himself also a Talents alumnus. The special thing about our film talks is that we can always contribute a little more to the telling of how the film came to be. Nora Fingscheidt was with us with Systemsprenger in our Script Station back then. We want to use these occasions to encourage and inspire our new Talents to keep working on their projects and bring them to a satisfying conclusion. Because it’s never ever a mistake to believe in one’s ideas!