A Taste for Balance 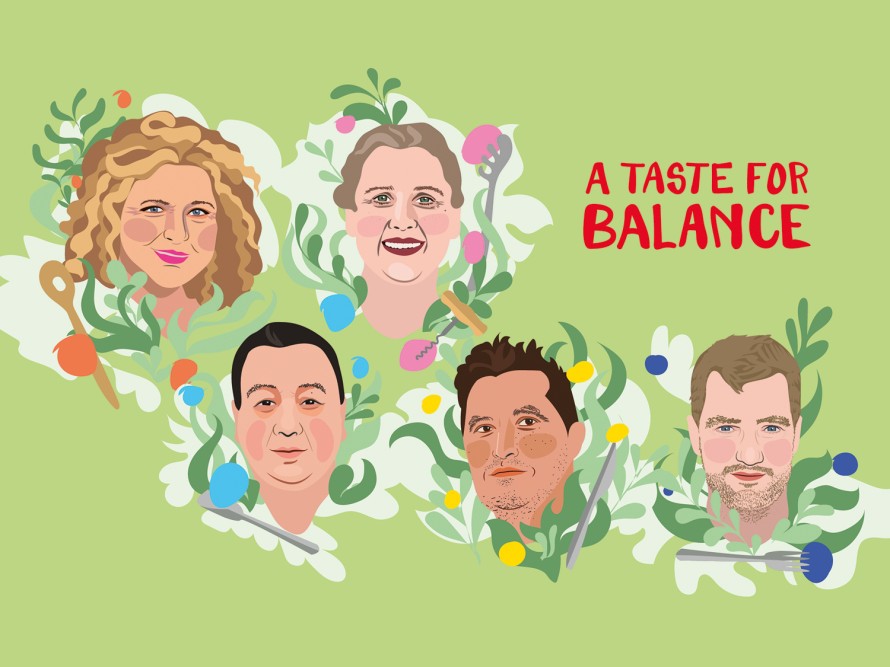 “The most beautiful thing is the balance just before it all breaks down” the visual artists Fischli and Weiss observed. They created installations in which everyday objects perform bizarre chain reactions like a row of dominos.

Nuclear chain reactions remain one of the greatest threats to humankind; the absurd “balance of terror” in the arms race by the superpowers was intended to secure peace during the last century.

In this century, we have learnt that climate change presents a global threat even more difficult to control than the military one, because climate is not only affected by human factors. We are like a juggler in a stiff breeze who has a fervent desire for balance and stability.

Some of the chief causes of climate change are activities connected with food: the clearing of the rainforests, monocultures, factory farming, global transportation – the list goes on.

The imbalance is visible in people who are over or underweight. It is reflected in the distribution of wealth between the global north and south and between men and women. Is the balance at the point of breaking down?

The kitchen is a place which is always about balance, because here everything is weighed out – either to the precise gramme or by following a gut feeling. The single goal of cooking is to make yourself and others feel sated, satisfied and happy. Fortunately, food is both a feast for the senses and a sensible activity – with regards to both its preparation and its consumption. This is something that becomes clear in every film of the 13th Culinary Cinema and thus our title for 2019 is “A Taste for Balance”.

Mastercard is official partner of the Culinary Cinema.