A God in Each Lentil
Culinary Cinema 2019

© Luis Moya and Luis de Oza
Luis, a scriptwriter who lives in Madrid and who is about to have a daughter, returns to his native village of Cocentaina surrounded by the mountains of Alicante. He intends to help his brother Kiko and his cousin Alberto write a book about the cuisine of their family restaurant: L’Escaleta, which has just received two Michelin stars and is listed among the 25 best restaurants in Spain and Portugal. Together they embark on an emotional culinary trip that lasts for a whole year as the dream of writing the book slowly turns into reality. And, while Luis’s quest helps him to reunite with his people, the viewer is able to observe the real life goings-on behind a two-star Michelin restaurant created by a devoted family who are always passionate about their work and determined to offer people the best of themselves.
by Miguel Ángel Jiménez Spain 2018 Catalan, Spanish 94’ Colour Documentary form 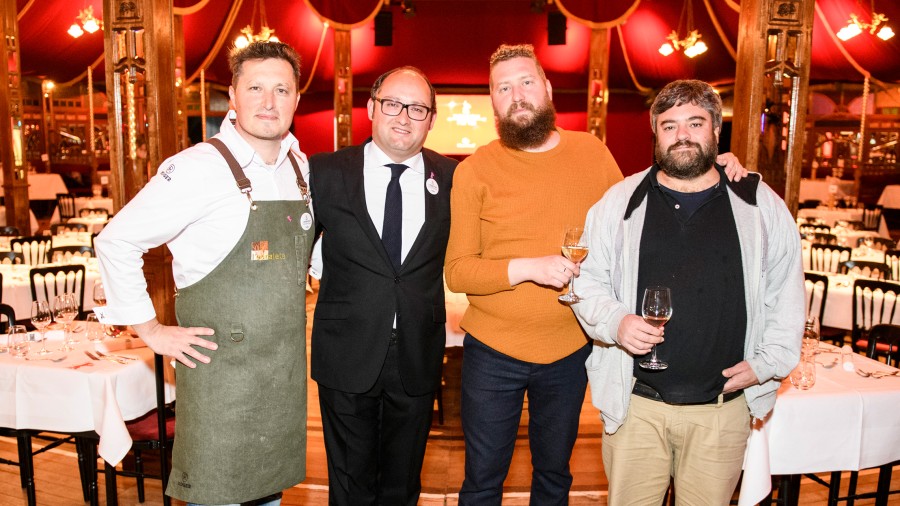 The producer and director was born in 1979 in Madrid, Spain and studied film at the TAI Centro Universitario de Artes in the same city. His debut short, Las huellas (The Fingerprints) was co-produced by Aki Kaurismaki. In 2007 he founded Kinoskopic Film Produktion. His debut feature, Ori, was shot in Georgia and premiered at San Sebastián in 2009. It went on to win several awards for best directorial debut. He has since made three further features with the most recent, Sumendia (Volcano), currently in post-production. Following Días de El Abanico (Fan Days), Y en cada lenteja un dios (A God in Each Lentil) is his second documentary.