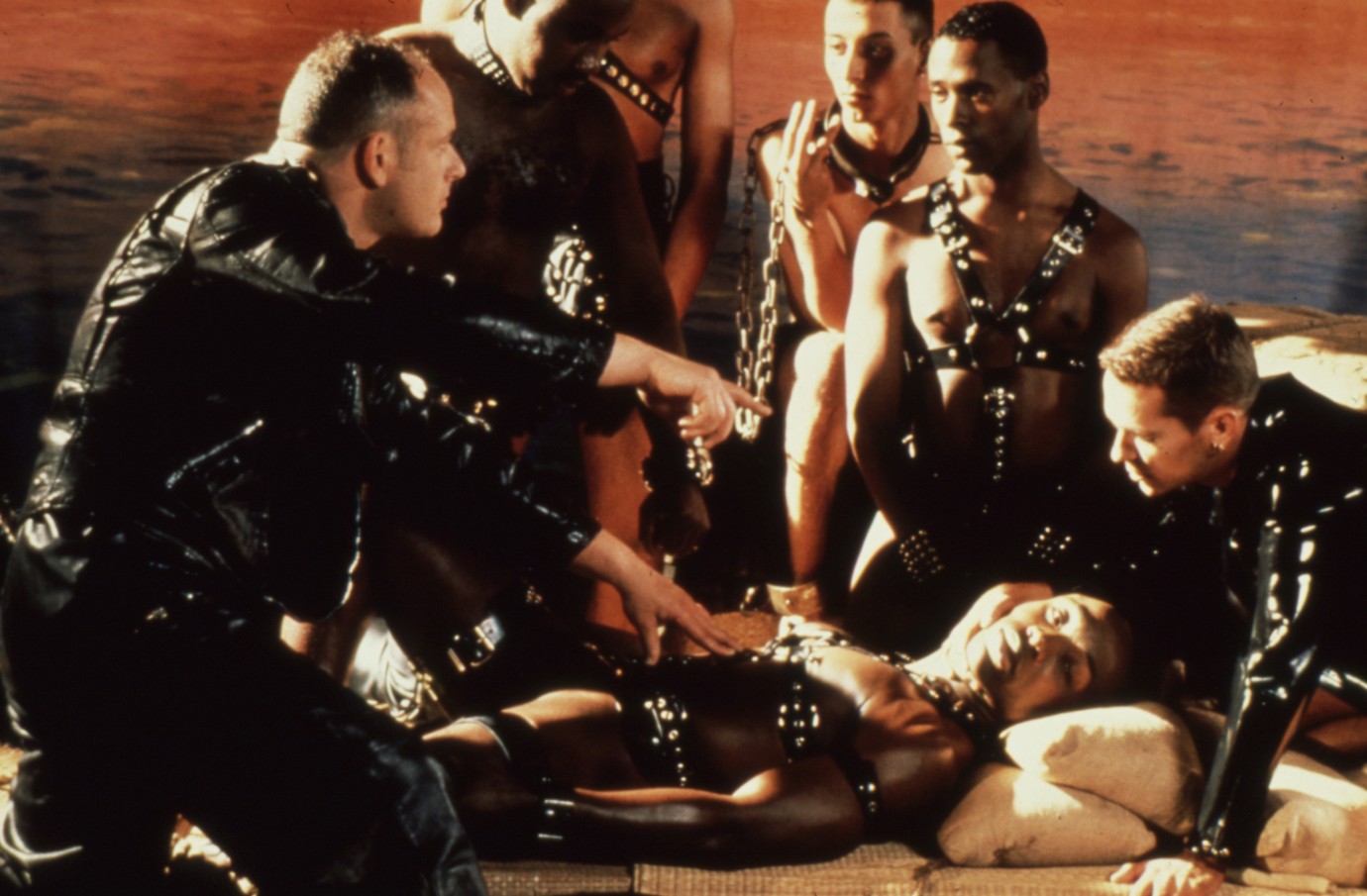 © Normal Films
A young white man visits a gallery of old master paintings. When the museum closes, he stays behind, arousing the sexual fantasies of an older black museum attendant. In one of these fantasies, the 19th-century painting ‘The Slave Trade (Slaves on the West Coast of Africa)’ by French artist François-Auguste Biard metamorphosises into a group of leather-clad gay men.
With an activist’s commitment, Isaac Julien takes a look at the sexual and racist dynamics of power from a cultural-historical perspective. Made with the support of the Black Audio Film Collective (1982-1998) in a period under the sway of Thatcherism and the AIDS crisis, the film impressively and poetically explores the topics of imperialism, queer self-determination, lust and death.
by Isaac Julien
with Thomas Baptiste, Cleo Sylvestre, John Wilson United Kingdom 1993 8’ Colour & Black/White 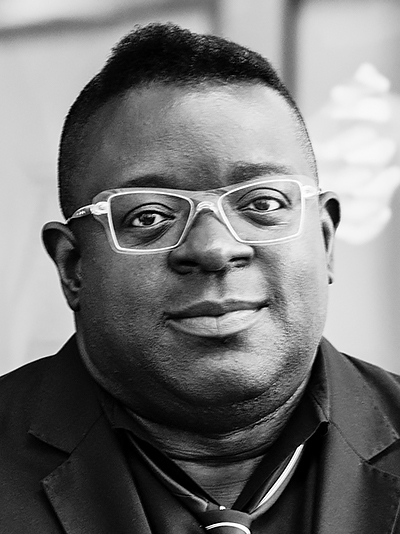 Born in London, UK in 1960, he studied painting and fine art at St Martin’s School of Art and, in 1983, founded the Sankofa Film and Video Collective. His debut film, Looking for Langston, premiered in the 1989 Panorama and won a Teddy Award. Young Soul Rebels won the Semaine de la Critique prize at Cannes in 1991. In 2008 he received a Special Teddy for Derek, about Derek Jarman, which he made with Tilda Swinton. His films and installations have appeared in many world-renowned museums including the Centre Pompidou in Paris, MoMA in New York and the Tate Modern in London. He has worked for several years as a professor at universities including the Karlsruhe University of Arts and Design and the University of the Arts London.