© Seahorse Productions
Much of the seafood in our daily lives – sushi, frozen fish, shrimp cocktail, and the vast amount that goes into pet food – has been caught by slaves. Thailand is one of the world’s largest seafood exporters with a huge fishing fleet that requires thousands of fishermen. Decades of overfishing has decimated fish stocks in the region and today the Gulf of Thailand is one of the most barren parts of the ocean. Thai captains now scramble to find crews willing to travel thousands of miles to find fish. Human traffickers have started to fill the labour shortage by selling men from Myanmar, Laos, Cambodia, and other impoverished nations to fishing companies for as little as a few hundred dollars each. Once at sea, these captive men go months, even years, without setting foot on land, earning little or no pay – becoming slaves at sea. Ghost Fleet follows a small group of activists who risk their lives on remote Indonesian islands to find justice and freedom for the enslaved fishermen who feed the world’s insatiable appetite for seafood. Bangkok-based Patima Tungpuchayakul, a Thai abolitionist, has committed her life to helping these ‘lost’ men return home. Facing illness, death threats, corruption, and complacency, Patima’s fearless determination for justice inspires her nation and the world.
by Shannon Service, Jeffrey Waldron USA 2018 English, Burmese, Thai, Khmer 89’ Colour Documentary form 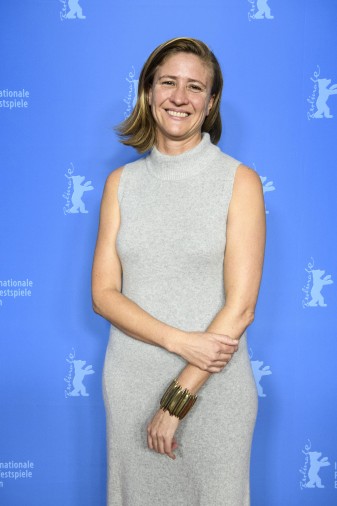 An independent reporter and filmmaker who, following a journalism degree at Berkeley, has produced work for the New York Times, the BBC and The Guardian newspaper. Her thematic focus ranges from political war reportage to expeditions up Mount Everest and relationship problems. In 2012, she worked with Becky Palmstrom on a story about slavery on Thai fishing boats for the USA’s National Public Radio. She has won several prizes for her reporting and videos, including the Edward R. Murrow Award. She lives on a houseboat in Sausalito, California.

The American cinematographer and director was born in Houston, Texas, USA in 1981. After completing a master’s degree at the American Film Institute in Los Angeles, he began working in both fiction film and documentary. In 2012, he was nominated for an Independent Spirit Award and he has received further prizes and nominations for his directing and cinematography. His films have screened at numerous festivals including the Berlinale and Tribeca in New York. He has also filmed for HBO, Netflix and Amazon in Brazil, Rwanda and India.