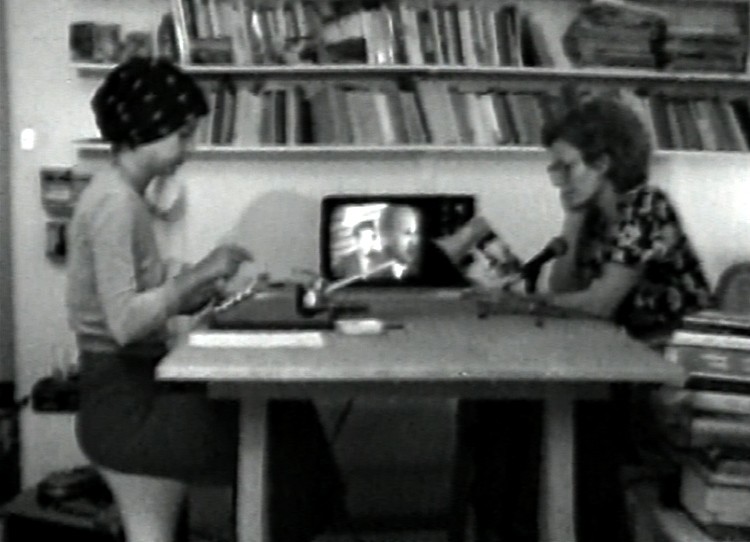 Born in Lausanne, Switzerland in 1945; she died in 2009. Her extensive filmography comprises more than 100 works.

Born in Beirut, Lebanon in 1932. In the 1960s and 1970s, she acted in films by Alain Resnais, François Truffaut, Luis Buñuel, Jacques Demy, and Chantal Akerman. In the early 1970s, in the milieu of Carole Roussopoulos, she discovered the possibilities of working with video; among other things, in 1976, she and Roussopoulos shot the feminist film S.C.U.M. Manifesto. Together with Ioana Wieder and Carole Roussopoulos, in 1982 she founded the Centre audiovisuel Simone de Beauvoir, and served as its president until her death in 1990.