A Tailwind from the Front

14 productions, including six feature-length fiction and four documentary films, are being screened in the 2018 competition at Perspektive Deutsches Kino. In this interview, section head Linda Söffker speaks about tailwinds coming from the front, strong women on both sides of the camera and the resurgence of German cinema. 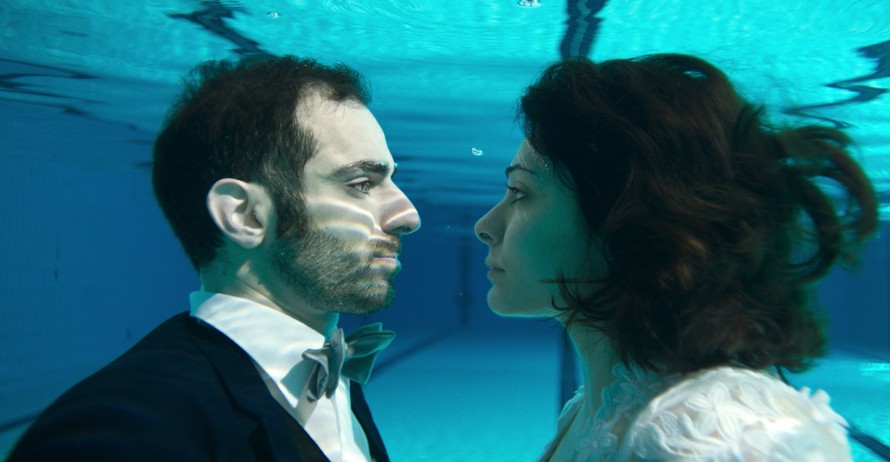 In your first press release concerning this year’s programme, you are quoted as saying: “When confronted with powerful winds from ahead, one must push harder to achieve one’s goals.” Is this quote also apt when it comes to the current discussion about the Berlinale as a whole?

Yes, you can interpret it that way. “A tailwind from the front” actually means a headwind of course. And we were met with a pretty nasty headwind two months ago – from the press, but also from individual directors. At first I was shocked at how heavy the attacks and discussions were. Then the situation started to fire me up more instead, to keep going and to give my best here. After a period of self-reflection, in which I put myself and our work here to the test, I was able to distinguish quite well between legitimate points of criticism and those that are totally far-fetched. In this sense the criticism itself became “a tailwind from the front” – as it ultimately made me stronger. Using a headwind to your own advantage, that could also be an overarching motto for the Perspektive. This particular age group, the generation of directors in question, is showing their first, second or third films here with us. The young filmmakers are incredibly nervous and have to be strong when they present their work (and themselves) personally for the first time on a premiere night in front of 500 people up on the big stage. They have to really own their work and try to manage the audience Q&A with aplomb along with their team. Many of them are new to the business, and I wanted to express that the headwind – if it should arise – can also be activating and reinforcing as a “tailwind from the front”. 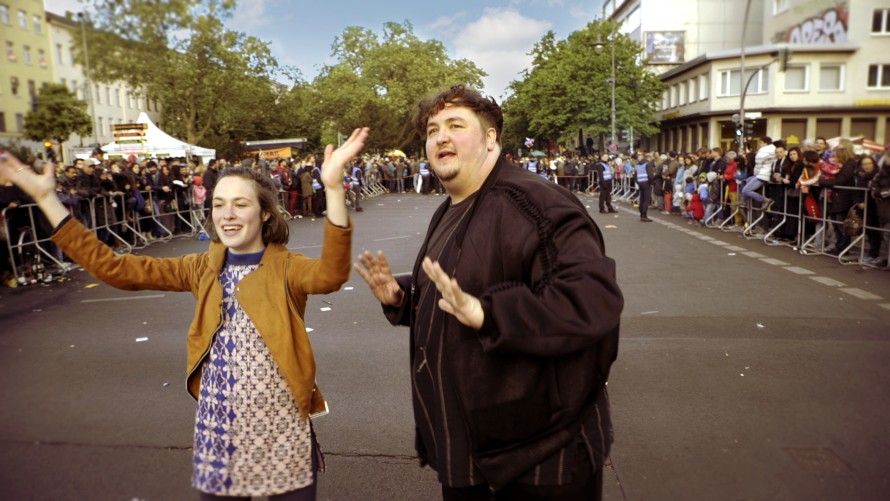 Your opening film also carries this title, in German: Rückenwind von vorn (literally “tailwind from the front”, though the official English title is Away You Go). Philipp Eichholtz tells the story of a young teacher who loses touch with her own needs under the pressure of expectations from her social surroundings. The story seems to treat the question: Am I living the life that I want to live? Does this question of meaning have a special significance these days or why did you choose this film to open the festival for the section?

An opening film has to fulfil various criteria. It has to embody the image of the section and be something really special – even though every film featured in the section is of course something special. In Rückenwind von vorn (Away Yo Go), I am in fact above all affected by the young teacher, who asks herself whether her life has really turned out the way she pictured it. She wants to go travel, but her husband desperately wants to have kids. He prepares meticulously, calculating when exactly she will start ovulating and when they have to have sex – even if it means having to interrupt a meal. For me it’s as if the world is turned upside down, as the man is occupied with the usual hackneyed female problems while the woman dreams of being free. The main character Charlie asks herself again and again whether she is settled enough for all that or whether she really ought to break out of her structures instead.

The Concerns of the Emerging Generation

A lot of films in this year’s programme treat the theme of free will, they revolve around love and leave-taking, the loss of a loved one or a cherished object. How do the films vary in their approach to these themes and do they express something in the process about the current state of a particular generation or are they films that are universally valid for any era?

I think it’s more that the themes of leave-taking, first love and family issues are always represented in the work of emerging filmmakers. The filmmakers enjoy operating in the surroundings that they are most familiar with and are keen on coming to terms with them artistically in their first works. Meaning grappling with things that they’ve been carrying around with them for a long time. Ben Brummer’s Feierabendbier (After-Work Beer) is a different case however. His film is about status symbols, a car to be specific. Status symbols of course are things with which one identifies, things we use to adorn ourselves and indicate where we belong. When they are suddenly gone, one asks one’s self: Who and what am I really? That’s what Magnus, the film’s protagonist, experiences. He projects all his energy and fear of loss onto his snazzy modern-classic ride. His car is the biggest and best thing he’s got. When it gets stolen, his world collapses around him.

Are there other themes in this context that stick out in the foreground more than was the case with previous generations?

What really stood out for me this year were the high number of female protagonists and the continuation of the trend of shooting mid-length films. We decided as a result to put together a programme of mid-length films, which we have grouped under the title “Heroines”, all films in which young girls are featured in the main role.

In Sophia Bösch’s film Rå, a 16-year-old girl goes hunting with her father for the first time. At first everybody treats her great and pays special attention to her, at least until she supposedly makes a mistake, and then everybody treats her like a little girl and looks down on her – basically like “what do you expect, she’s a woman after all?” In the end, she manages to prove that her “mistake” was no mistake at all and the hunting party was wrong. She has to prove this to herself above all. She has to learn to stand up like a “man” in order to assert herself in this traditional male-dominated company. 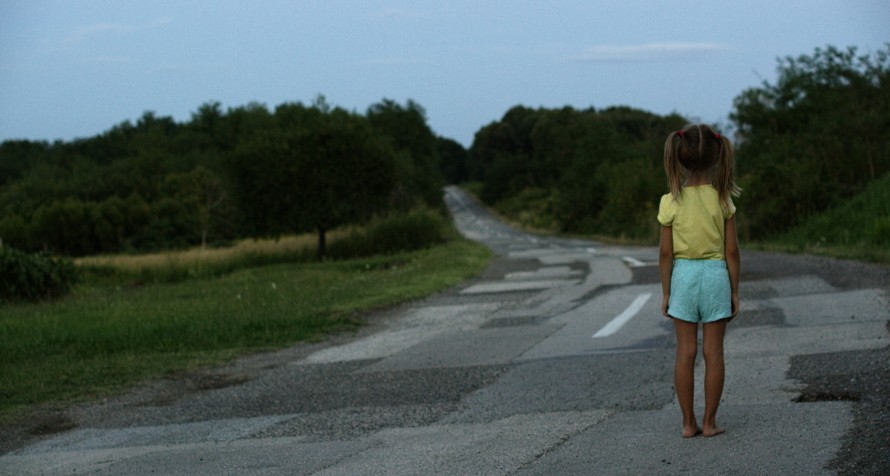 In Kineski zid (Great Wall of China) Aleksandra Odić tells the story of a little girl who lives with her family in Bosnia. The whole story is told from the girl’s point of view, showing her singing together with her favourite aunt Ljilja or romping around outside in the yard. She is the only one in this family unit that understands that her aunt wants to go away, to Germany. And that she is just about to do it, on the very day in question. The girl senses what’s up, while everybody else is oblivious.

The third film, Antje Beine’s Kein sicherer Ort (No Safe Place), deals with a ten-year-old girl named Marie, who lives with her parents but is effectively in charge of the household and family life for all intents and purposes, due to her mother’s severe depression. The mother confronts Marie with many of her fears. This situation inevitably forces Marie to grow up very fast. She can’t find any space at home to really be a kid, no place to be on her own in peace and quiet. A sad plot, it’s true, but also a story where the viewer admires the girl’s strength. 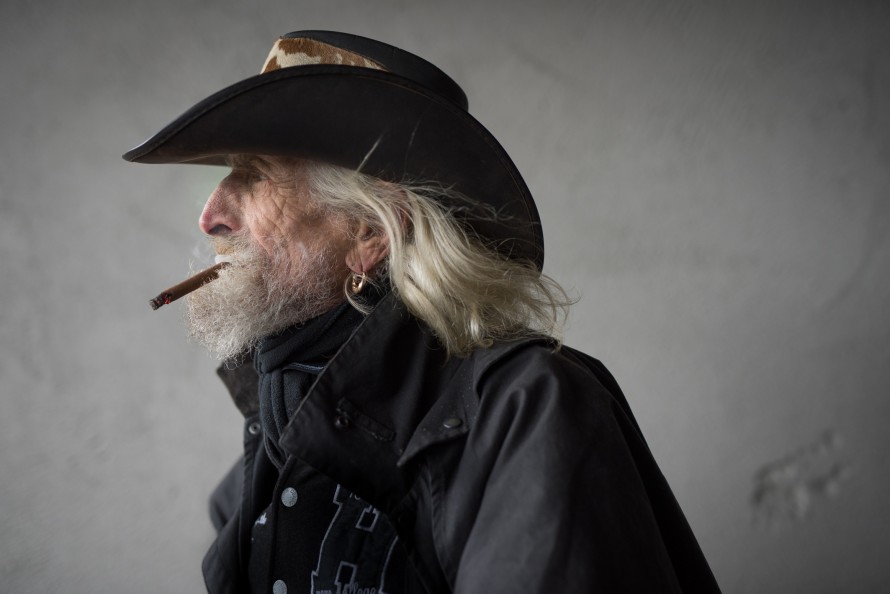 All four documentary films that you are showing this year were made by women...

What is striking is that the men tend more to dominate the fiction feature area and the women often devote themselves to documentary cinema, especially to emotional and family themes. This year two of the pieces in our programme have even been nominated for the Glashütte Original – Documentary Award.

In draußen (outside) Johanna Sunder-Plassmann and Tama Tobias-Macht profile four homeless individuals who live on the streets of Cologne and the surrounding area for diverse reasons. They have chosen this fate as it turns out, because their personal freedom means a lot to them. The film reflects issues of inequality and marginalisation or integration – regardless of whether this condition is the result of a personal decision or imposed from outside. Over the years, I’ve seen several films that dealt with homelessness, but the fact that a film exists that approaches this issue in such a way that you want to move out to live on the street with these four people in the end, instead of feeling much like you need to help them, I think that is extraordinary. In the second documentary film, The Best Thing You Can Do With Your Life, the young filmmaker Zita Erffa visits her brother, who has spent the past eight years of his life in a Legion of Christ religious community. The two have hardly communicated with one another over this long period; now the sister has the opportunity to visit her sorely missed brother in the monastery and confront him in front of the camera with all her questions, so that she might finally be able to grasp the motivation for his decision. 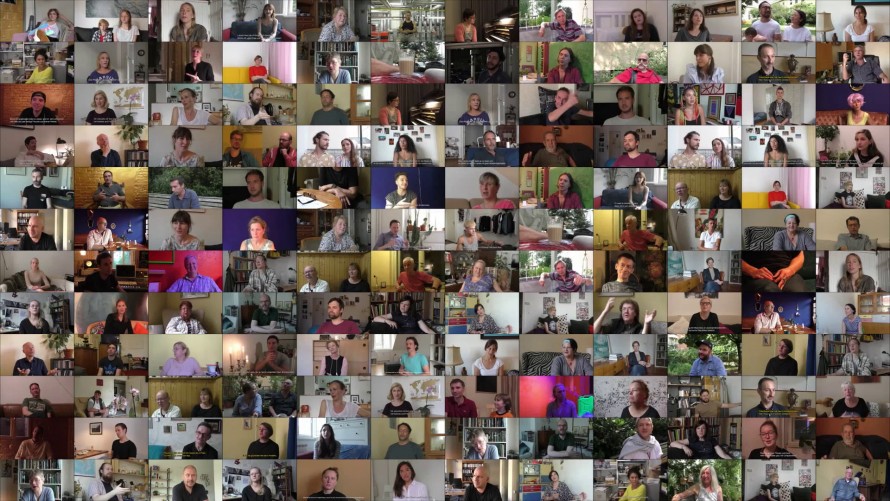 An Unusual Guest Project and the Resurgence of German Cinema

In 2018 you are also showing a very exciting guest project. The doc-series Film Wanderungen (Film Walks) is a format that has yet to be seen as such at the Berlinale...

Yes. An interesting neighbourhood project realised around Berlin’s Rosa-Luxemburg-Platz. A group of 27 younger people came together for the project and conducted interviews with the residents around the Volksbühne theatre. The result was about 140 interviews in total – with women and men, young and old, with individuals who’d just moved there but also with people who’d been living there for 40 years already too. All of them attempt to answer the questions: What does home mean to you? What are the conditions like in the neighbourhood? How has the place changed? How has the rent situation developed? What happened to the shops that used to be there? The residents are a good symbol for what’s going on with Berlin as a whole at the moment. 31 15-minute episodes were made from all the material gathered in the interviews. In each individual episode three to six interview partners have the chance to speak. Some of the episodes will be shown in the residents’ apartments on the last weekend of the Berlinale. Guests, divided up into groups, will have the chance to go from apartment to apartment, where they can watch the episodes and enter into conversation with the residents. I think that’s quite beautiful. A little change in perspective – we would especially like to warmly invite all our Berliner Berlinale guests to join us for this special event.

German cinema has been experiencing a resurgence over the past two years. Maren Ade’s Toni Erdmann and Valeska Grisebach’s Western were both honoured in Cannes, Fatih Akin’s Aus dem Nichts (In the Fade) won a Golden Globe. Is German cinema on its way up again internationally?

Hopefully! For years German cinema didn’t draw much attention internationally. With Maren Ade, Nicolette Krebitz, Valeska Grisebach and many other filmmakers, German cinema has been represented at various international festivals once again and received awards there. And it looks like this trend is going to continue. We have four excellent German films in the Berlinale Competition this year. I am especially pleased to see that there are young as well as older, established filmmakers in the Competition programme. Christian Petzold is back again after Barbara (2012); Thomas Stuber, who still almost has to be considered one of our up-and-coming filmmakers, is also represented in the Competition too, with his second feature film In den Gängen (In the Aisles). By the way, he already appeared at the Berlinale in 2008 – we showed his debut, Teenage Angst, here at Perspektive.