© META Cinema - Fundația Culturală META / META Cultural Foundation / George Chiper
A waterfall, a forest in summer glory, ripe apples on the tree, the dry seeds of a flower, a cross entangled by branches with vivid leaves. Two girls play outside, at one with themselves and the world. Scene by scene, the director Lucile Hadžihalilović, known for her mystical and unsettling films, depicts the cycle of life as it waxes and wanes.
by Lucile Hadžihalilović
with Mihaela Manta, Maria Manta Romania 2017 Without dialogue 6’ Colour empfohlen ab 4 Jahren 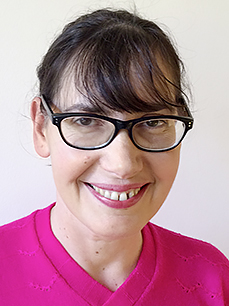 She first studied art history and then went on to study at the IDHEC film school in Paris (now La Fémis). Her debut film La Bouche de Jean-Pierre premiered in the 1996 Un Certain Regard section at Cannes. In 2004 her mystery-drama Innocence, starring Marion Cotillard, won Best Film at San Sebastián while her horror film Evolution won the Special Jury Prize there in 2015. Alongside her work as a feature film director, she continues to make short films.