© Alexandra Medianikova
Rå is the story of an initiation. Sixteen-year-old Linn longs to be admitted to her father’s community of hunters. She has long been familiar with the rules of the hunt but has yet to prove herself. Linn kills her first elk, but her pride is short-lived when it transpires that she has killed a suckler cow. Hinds must not be killed before their calves since this means the young animals will perish miserably. For this reason the young elk must now be tracked down and killed. Linn is convinced that there was no calf but the men dismiss her claims. Some of the hunters set off in search of the young elk while Linn is asked to stay with those who are gutting the felled cow. Deeply ashamed, Linn decides to go it alone. Her sortie into the wilderness soon becomes her real initiation. ‘Rå’ means ‘rough’ or ‘raw’ and, when used as a verb, ‘to tame’ or ‘to conquer’. In Nordic mythology a Rå is also a female wood spirit who protects the forest and wild animals. Sophie Bösch’s film describes what it means to survive in a male-dominated society and asks what remains of our cultivated gender roles in the face of archaic forces.
by Sophia Bösch
with Sofia Aspholm, Lennart Jähkel, Lars T. Johansson, Ingmar Virta, Ivan Mathias Petersson, Emil Öhlén Germany / Sweden 2018 Swedish 30’ Colour 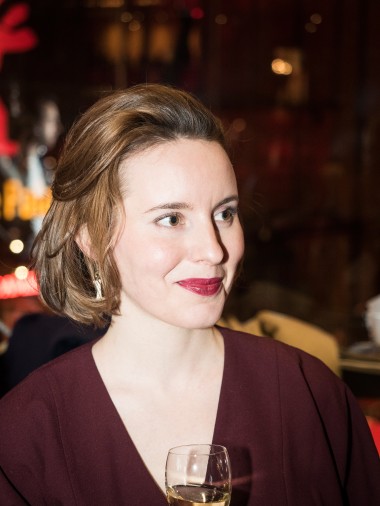 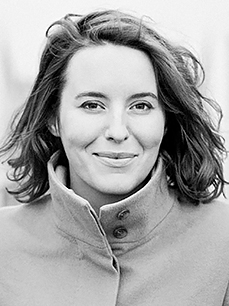 Born in Switzerland in 1987, she studied film at the Stockholm Academy of Dramatic Arts and is co-founder of the Stockholm-based feminist film collective Lillemor Film. Her film Där barn jag lekt (2012) was nominated for the 1km Film award, a development award by the Swedish film industry. Research Refugees: Duologue (co-directed with Sophie Linnenbaum) won the Short Tiger short film prize and screened in the 2016 Perspektive. Since 2017 she has been studying for an MA in feature film directing at the Film University Babelsberg Konrad Wolf in Potsdam, Germany.