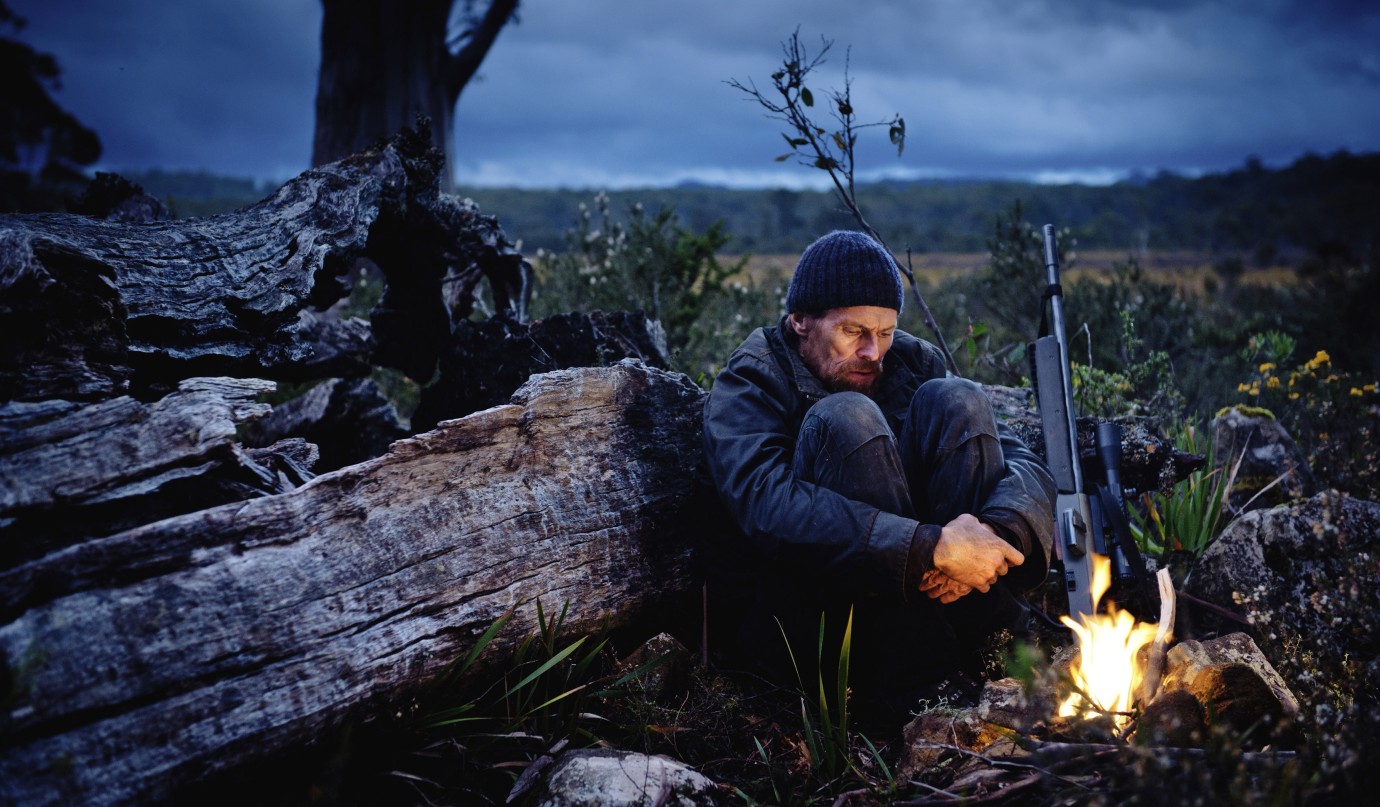 Source: Ascot Elite Entertainment, © Matt Nettheim
A bio-tech company based in Germany sends professional hunter Martin David down under to hunt down and kill the last Tasmanian tiger in existence. The species has been declared extinct, but its DNA contains a gene that could be extremely profitable for the pharmaceutical industry. In Tasmania, Martin gets in the middle of a conflict between lumberjacks and environmentalists, which brings him unwanted attention. When he then conspicuously consorts with a biologist whose husband has disappeared in the bush, and her two children, Martin’s bosses start to worry about keeping the mission secret. The hunter becomes the hunted … Against an impressive natural backdrop, Willem Dafoe proves that he is capable of carrying a film on his own, even in a role where he doesn’t speak for long stretches. Playing a modern-day trapper completely on his own, he seems to become one with the Tasmanian wilderness. In this pro-environmental thriller, he masters every physical demand. But beyond that, he gives a vivid portrayal of the moral dimension of a character for whom the confrontation with the natural world – and its economic exploitation – becomes an existential challenge.
by Daniel Nettheim
with Willem Dafoe, Frances O’Connor, Sam Neill, Morgana Davies, Finn Woodlock, Jacek Koman, Callan Mulvey, John Brumpton Australia 2011 English 101’ Colour Rating R12