“Films that belong on the big screen”, “surprisingly self-assured cinema”, “funny and clever”. The selection for the 2017 Perspektive Deutsches Kino is characterised by strong films from the millennial generation. In this interview, section head Linda Söffker enthuses about this year’s programme.

Kim Riedle in Back for Good by Mia Spengler

In the first press release for this year’s programme you promised a great deal of happiness would result from a visit to the Perspektive. What makes a happy cinematic experience, in your opinion?

That of course depends upon what expectations you go to the cinema with. For me, a cinema experience is a happy one when the film simultaneously makes me think and grips my emotions. Or when I ask myself at the beginning, “Why am I putting myself through this?”, and by the end I am filled with gratitude for the experience. In this respect, 2017 has begun as a very happy film year for me! I have even found myself in the unpleasant situation of having to turn down a great many good films. The programme is of a high quality throughout and is characterised by many compellingly told, strong films both from a content and craft point of view. They are all films which belong on the big screen, are dramatically convincing and betray no evidence of the inexperienced novice. For me, the extraordinary quality of our opening film Back for Good lies in the way director Mia Spengler, in her very own style, makes a character like Angie, who totally repels you at the start, feel highly sympathetic by the end. Mia knows precisely which story she is telling, she is very familiar with the milieu, and as an audience we clearly sense this. The programme is complemented by two highly contrasting documentaries, Könige der Welt (We Were Kings) and Eisenkopf (Ironhead).

You gave your second press release the title “The Millennial Generation”. Does that chiefly refer to the age of the filmmakers?

Not just that. Most of the directors are indeed in their early 30s and so they were shaped by the time around the turn of the millennium. And of course you can also see this in their films. For example, in the way they tell stories about growing up in an unconventional family as a matter of course, almost incidentally, without a big fuss or making it an explicit subject matter. For instance Ein Weg (Paths) is the delicately-told story of a relationship between two men, with the son first growing up with his mother and then with two fathers, Papa and Dad. Or Zwischen den Jahren (End of the Season) in which Peter Kurth plays an ex-con trying to build a new life for himself and, in doing so, gets to know a single mother and cautiously grows closer to her son. This story is only told on the side, because the main storyline skilfully turns the usual offender-victim configuration on its head and navigates questions of culpability, punishment, justice and atonement. Die Tochter (Dark Blue Girl) is actually the only example which explicitly addresses the problems facing children of divorce and depicts a daughter cleverly manipulating her parents.

The spirit of the millennial generation is also evident in a certain compulsion towards self-realisation and individualisation. On the one hand, there is a great sense of isolation; on the other, a desire for community and stability. This is exemplified by Jana Bürgelin’s Millennials: in this film Anne Zohra Berrached, who last year presented her graduation film 24 Wochen (24 Weeks) in the Berlinale Competition, plays the successful director Anne. Her flatmate Leo (Leonel Dietsche) is a photographer who is struggling to get his work recognised. Both work a lot, fight for their projects and trek through Berlin in search of belonging. The documentary Könige der Welt (We Were Kings) by Christian von Brockhausen and Timo Großpietsch, about the band PICTURES who, as Union Youth were successful at the turn of the millennium, delivers a really great soundtrack for the films of this generation. 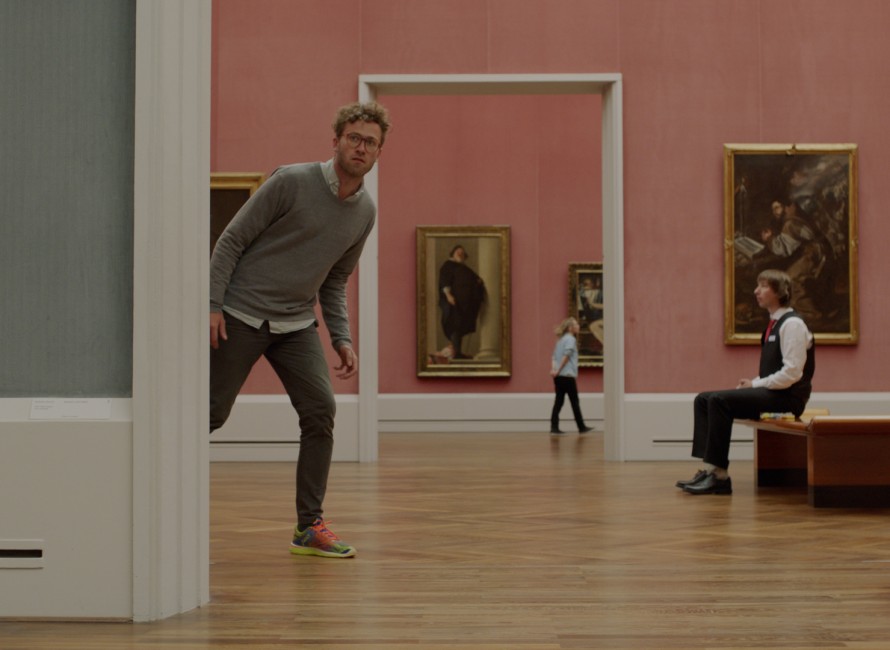 Can the incorporation of personal experience also hinder the creation of an individual film language?

If you don’t have enough distance from the subject matter, you naturally run the risk of ending up filming a diary entry. Especially for new filmmakers where personal stories and topics like first love, the first break-up, the search for a lost father, crop up time and again. On the other hand, it is these personal films that can be particularly strong and emotional. The audience feel the urgency with which the filmmakers are telling their stories: they have to let these thoughts out otherwise they’ll burst. Adrian Goiginger, for example, has made his own childhood into a film. He grew up with a heroin-addicted mother and, in Die Beste aller Welten (The Best of All Worlds), he depicts the love of his mother who, in spite of her drug addiction, gave him a happy childhood – the best of all worlds, in fact. The director has found a form of storytelling that makes their love for each other feel so intimate that in the end every audience member in the cinema will want to adopt the eight-year-old boy and (!) his mother. This is surprisingly self-assured cinema which tells a universal story.

The second feature by Julian Radlmaier is another great example. Comedies are only rarely found among the work of newer filmmakers. Selbstkritik eines bürgerlichen Hundes (Self-Criticism of a Bourgeois Dog) is not only a very funny film with an extraordinary light touch; it is also a very skilful film. Julian Radlmaier combines an exploration of political and film political themes with a love story and thus creates a modern version of a fairy-tale about Communism. By “modern” I mean less the setting and much more his form of storytelling where you keep noticing his preoccupation with film history. Radlmaier knows his role models and is very precise with his lighting and camerawork. He is consumed by his ideas and was able to use his talent to convince a producer – even though the film does not, at first sight, appear to be an easy sell. On the third level, Selbstkritik eines bürgerlichen Hundes depicts exactly that: the search for funding, being rejected, self-sacrifice and the self-deception which, in the worst case scenario, leads to the betrayal of yourself and your colleagues. 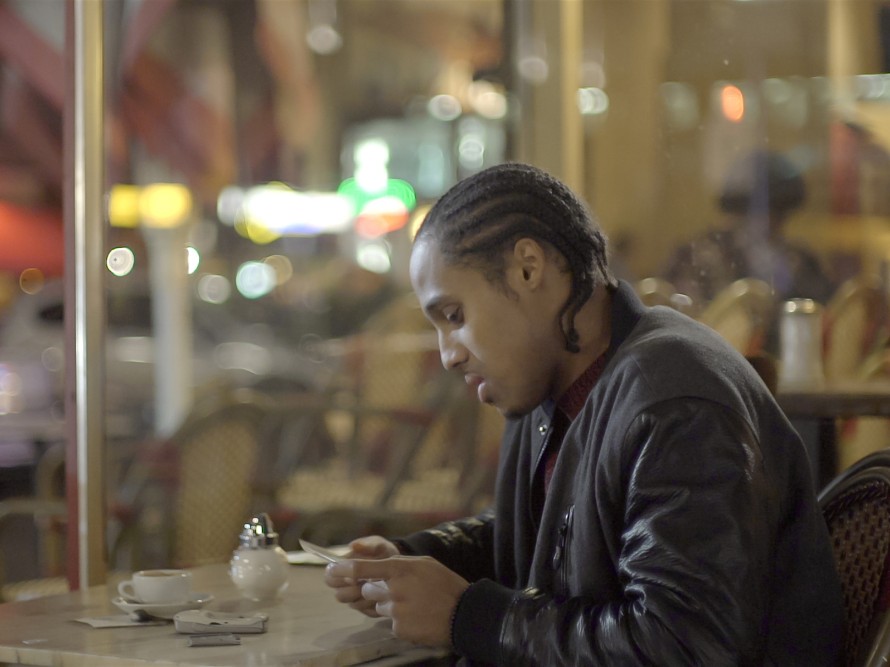 It is your desire to reflect the spirit of up-and-coming filmmakers in Germany. What image of Germany is depicted in the films?

The most critical image comes from the three medium-length films Kontener, Mikel and Tara which all focus, albeit in very different ways, on questions about Europe. Mikel is a young refugee from Nigeria who lives illegally in Berlin and does illicit work for a real estate agency, renovating flats. The industry is booming, there is a shortage of housing, flat-hunters queue around the block. Mikel must stay out of sight and not disturb the flat viewings. He longs for a normal, dignified life, he wants to make friends and find a girl. Or should he simply feel grateful for his job which is actually preventing him from ever really arriving? As long as he doesn’t fully feel that he has arrived, he delays writing home to his parents. It is a very moving film with great camerawork - the first film from the Berlin University of the Arts which I’ve invited to the Perspektive. The director Cavo Kernich took the “narrative film” class with Thomas Arslan and worked on the latter’s Competition entry Helle Nächte (Bright Nights) as an assistant director.

The two Polish women in Kontener have also come to Germany in the hope of a better life. They work shifts in a Brandenburg dairy. Two containers serve as their living quarters, though “living” is probably putting it too nicely.

Tara, on the other hand, is set in the near future. A young woman flees Paris towards the east. She is also on the way to an uncertain destination where, it is rumoured, an alternative life is possible. A utopia where the dream of a better life plays out in the opposite direction: from West to East. 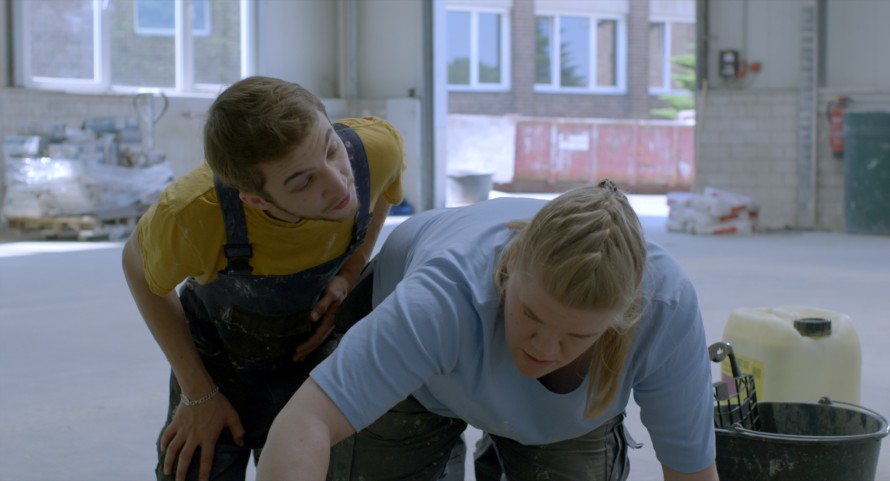 Gabi also raises the question of a dignified life with dignified work...

Gabi is a tiler who has worked very hard for her place in the lower middle classes. She has backache, cares for her elderly father, sympathises with her pregnant sister, tries to ignore her boyfriend’s infidelity... She simply keeps on keeping on. Because her apprentice is worried about his imminent break-up talk with his girlfriend, he asks Gabi to practice the break-up with him. After a while Gabi begins to enjoy this game and from this point on rehearses difficult situations of her own in various different pitches – it is a way to finally shed her frustrations about the double, triple, quadruple burdens she is carrying. 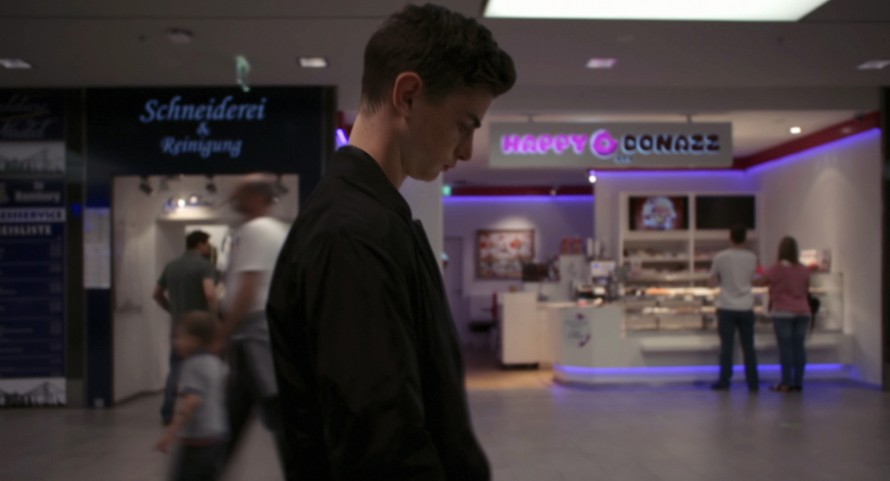 Does the fact that eleven of the 14 films come from film schools speak for the quality of the education?

It really is very striking how many graduation films have made it into this year’s programme. I think that the craft skills imparted to the filmmakers by the film schools are in evidence, but also the technical support for the production of such well-made cinema – and I intentionally use the word “cinema”. Many films are co-productions with external production companies, which conversely can bring problems when the support from outside reduces the contributions from the film schools. For this reason “Fluch oder Segen – Förderung von Abschlussfilmen” (“Curse or Blessing – Funding of Graduation Films”) is the subject under discussion at one of our two “Reden über Film” (“Talk about Film”) events (in German only).

The film I really want to mention in this context is Final Stage. It is the second time a film from the Hochschule für bildende Künste Hamburg (HFBK) is being screened in our section and it contains the longest tracking shot I have ever seen in all my years as a programmer for the Perspektive. For over eleven minutes we follow the young man Ray through the biggest shopping centre in Hamburg. In terms of form, the film absolutely stands out for its cinematic balancing act between documentary observation and subtle staging.

To once again return to the cinematic craft: you are also giving the filmmakers something to help them on their way by collaborating with Berlinale Talents to award the Kompagnon-Fellowship to support independent screenplay or project development.

In recent years there has been a constant plea for more investment in screenplays. How fruitful this is depends on the type of support. If the goal is that the scripts all fulfil a particular format and become ever more alike, this will destroy the film landscape. Our approach is therefore to offer the award-winners, alongside the € 5,000 prize, individual help and to bring them together with suitable mentors who will accompany the writing process as well as their personal development for a year – like a true “Kompagnon” in fact. In addition, we are presenting a prize for the best film – the Compass-Perspektive-Award – which is intended to encourage filmmakers to continue developing their own style and is also worth € 5,000. Both awards will be presented on the closing night of the Perspektive Deutsches Kino, on Friday February 17, by the Kompagnon-Fellowship jury: Sigrid Hörner, Feo Aladag and Johannes Naber.