Giving an Image to Reality

The artistic treatment of an almost ungraspable reality forms the heart of the 2017 Forum Expanded. In this interview, section head Stefanie Schulte Strathaus and curator Ulrich Ziemons discuss the principles of cinematic perception, the reality of the irrational and the evidence carried by images. 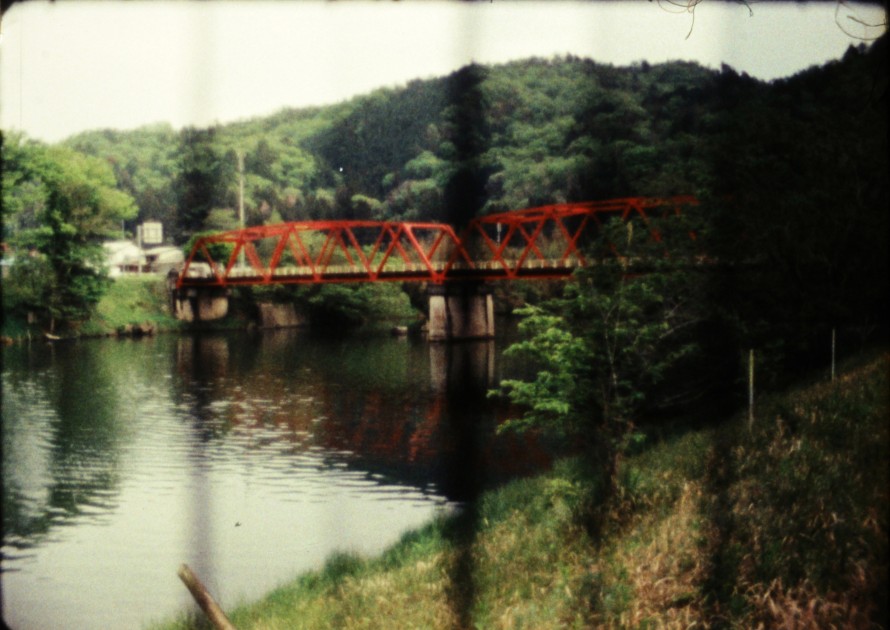 Ten Mornings Ten Evenings and One Horizon by Tomonari Nishikawa

I have the impression that this year’s programme is extremely closely knit and all the films bear very clear correspondences to one another. Am I wrong?

Stefanie Schulte Strathaus: Naturally we see the entire programme as a whole and expressly seek out correspondences. However, in 2017 we have paid a different kind of attention to the selection than in previous years. Media overkill has already affected our modes of perception for years but recently events in the real world have intensified its power. Thus, this year during the selection, we have been even more concentrated and focused. We may have lost a certain sense of ease we previously enjoyed, but this has not had any impact on the diversity of form.

Can images intervene in the current situation at all? The world seems to be comprised solely of images ...

SST: The question of whether a film can change the world is an old one which gained a strong and renewed relevance in this year’s selection process. What meaning can an artistic work actually have nowadays? Basically, we only screen works which trigger something within us when we see and hear them. That sounds rather banal but is not, however, self-evident – and it is also subjective. The next important step is the combination of the works: we want the films to give each other enough room but also to comment upon and compound each other. 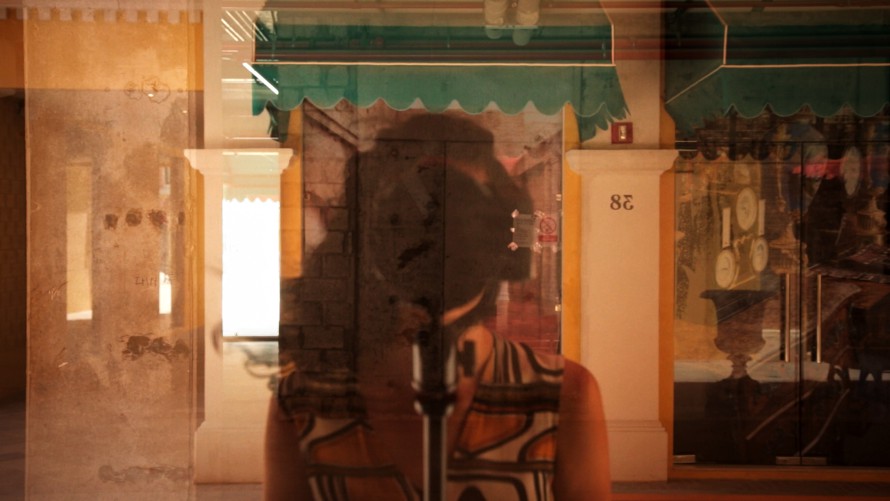 Your 2017 theme is “The Stars Down to Earth”. Does that refer to the current state of perception?

During the viewing process we wanted to find a theme connected to themes of previous years. Then the term “post-factual” went viral and we had intense discussions about it. We didn’t want to use it as our title but it’s important for people to confront new terms like that and discuss them. In the end, our co-curator Anselm Franke brought Adorno’s book “The Stars Down to Earth and Other Essays on the Irrational in Culture” to the table. It contains a text about horoscopes in the LA Times. Their readers seek answers to very concrete questions in their daily lives and, in doing so, accept astrology as an abstract system which most of them don’t really understand but to which they nevertheless cede great power. They don't even consider who is responsible for writing the horoscopes. With the title “The Stars Down to Earth” we are indicating that, in a time when reality has stopped being graspable, artistic works give us the potential to look and listen more closely, to concentrate on what is actually happening in the world.

The term “post-factual” naturally invites the question about the factual age. Did it ever exist?

SST: Probably not. When he was writing the text, Adorno already pre-empted the question of what was new in the phenomenon of people devoting themselves to higher powers. His answer at that time, in the early 1950s, was that the decisive factor is the quantity and distance established between people and the higher powers regulating them. In spite of the big gap which makes it impossible for them to understand the operating mechanisms of these powers, they still determine their own behaviour in accordance with them. 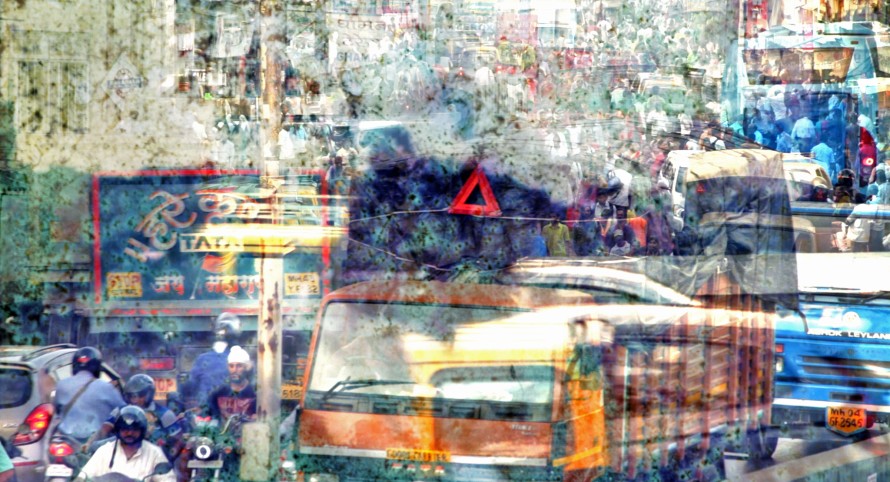 The Framing of the Social

Does Eija-Liisa Ahtila’s method of reduction in Studies on the Ecology of Drama present a means to find our way back to reality?

SST: Eija-Liisa Ahtila comes from a fine art context. She has been working with moving images for many years and opens up a different perspective to those we are familiar with from film history. To pose the film theory question about framing anew – as happens in Studies on the Ecology of Drama – is connected to “The Stars Down to Earth” theme: adjusting the view in a transformed present is a method to bring new relevance to old questions. Ahtila places her female protagonist in the middle of a landscape near a tree and views their proportionality from the perspectives of varying distances. It prompts us to deeply ponder the relationship between a person and their surroundings.

In many of your descriptions of the works the word “invisible” crops up in the context of making it visible.

SST: The idea that cinema should make visible the invisible is also not new. The concept has, however, gained new currency due to the fact that the invisible is something rather threatening that has now caught up with reality. In the quest to make things visible, the irrational can turn out to be helpful in broadening perspectives.

A film in which the social, the media and the real all seem to be inextricably intertwined is Camera Threat by Bernd Lützeler about the film city of Mumbai. How does the film reflect the manufactured aspect of reality?

SST: There is no country in the world where the film industry plays a stronger role in everyday life and society than in India. The entanglement of the film world and the real world is indissoluble and Indian independent cinema is fascinated by this. Camera Threat is made by a German director who has lived and worked there for many years. The screening of the film poses a special challenge: it is being shown in a double projection where the digital and analogue merge on the screen. In the split screen sequences, one side shows 35mm and the other DCP. So the production of the film continues even into the cinema because the work requires special technical arrangements.

The film’s title Camera Threat says a lot because it is about how the camera is perceived as something of a threat, for example, in a casting situation or at a family celebration. A gaze always points in one direction, thus creating a relationship of inequality, a hierarchical relationship. This is a structural issue, a social matter which therefore affects reality. 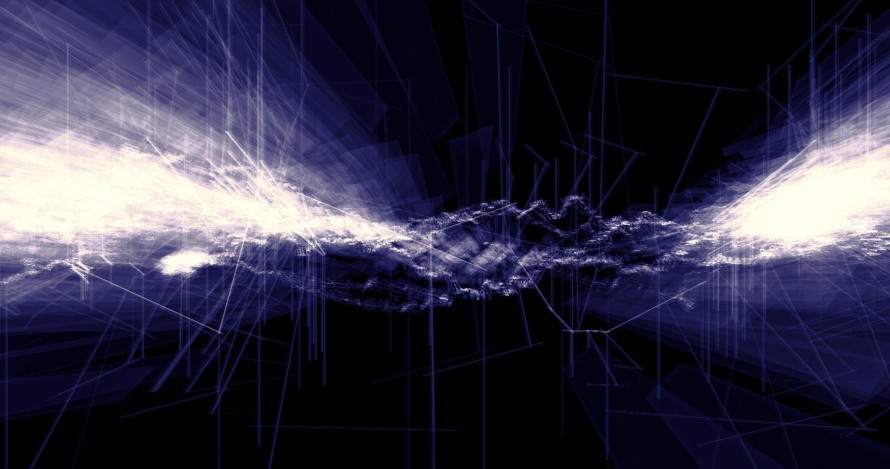 The Conditions of Seeing

One filmmaker who addresses the conditions of perception is Ken Jacobs. What distinguishes his work Popeye Sees 3D?

SST: Ken Jacobs is the true inventor of three-dimensional cinema. Since the 1950s – using film and performance – he has explored the significance of three-dimensional vision for the cinema and the implications it has for the medium. Technological developments have now given him the opportunity to do things he has always wanted to do. Every 3D image he creates is more meaningful than many of the things we see today, because he never regards the technology as an end in itself. For him, the cinematic form can only possess relevance if it emerges from a process of working, thinking and seeing. That’s why he only ever films where he lives, in Manhattan, because the images he captures – his surroundings – are on the one hand the starting point and on the other the materialisation.

Is it possible to also rediscover narrative film through Jacob’s work?

SST: Absolutely. Narrative forms are not cast in iron, and examples like Popeye Sees 3D demonstrate how they can develop in all sorts of directions.

Ulrich Ziemons: The historic photographs used in this work have been divided into different levels. By zooming into the image, they shift divergently in relation to the virtual lens and create the impression of three-dimensionality. The pictures were taken around the Jaffa Gate which, following the British invasion of 1917, was remodelled according to the ideas of the new colonial masters. The tower was demolished. In the installation there is also, alongside the video, a model of the gate in its original form – complete with tower. With this work, the RIWAQ organisation is examining how memory manifests itself in architecture, how reconstruction can work and the ideological implications that rebuilding the gate in its original form would hold. 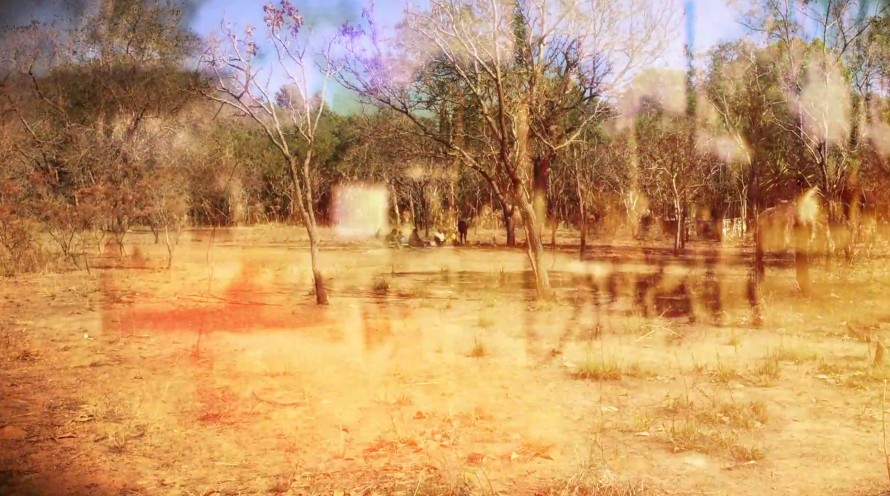 The Consequences of Archive

SST: We are hosting an entire panel day exclusively for matters regarding archive, entitled “Think Film No. 5 – Archival Constellations”. We want to keep tabs on the topics we are addressing, not just during the festival but also in the long run. That’s why we have invited back two of the archive projects we presented last year – in order to show what has happened to them in the meantime. One is from Indonesia, the other Nigeria. There are also new projects to be discovered, like unofficial film archives or those that don’t even physically exist, such as the archive of films in the context of the Palestinian revolution, compiled by Subversive Film, which poses the question of whether a never-completed revolution can be archived at all. It’s all about archives which haven’t or barely have had a chance to write themselves into film history. Their relevance lies in the connections they can make in order to maintain visibility, meaning the people who work with them. Work with archives is always closely related to production. The Indigenous Australian Karrabing Film Collective haven’t explicitly dedicated themselves to archive, but instead produce films which introduce new and distinct forms of narratives, challenge the old and thus create the foundations for archives to come which might change the landscape altogether and throw it off balance.

UZ: The starting point of the project was mapping territory of the “aboriginal community” to document territorial disputes – there are no treaties defining the land due to the indigenous population which is why colonial mapping is difficult to contest. Videos and mobile phone footage serve to produce evidence, facts. Starting from that, the collective have developed an experimental way of making feature films. Their latest work Wutharr, Saltwater Dreams will be on display in the group exhibition. This piece questions the rules of narration: how are stories told? How can they be told from different perspectives? 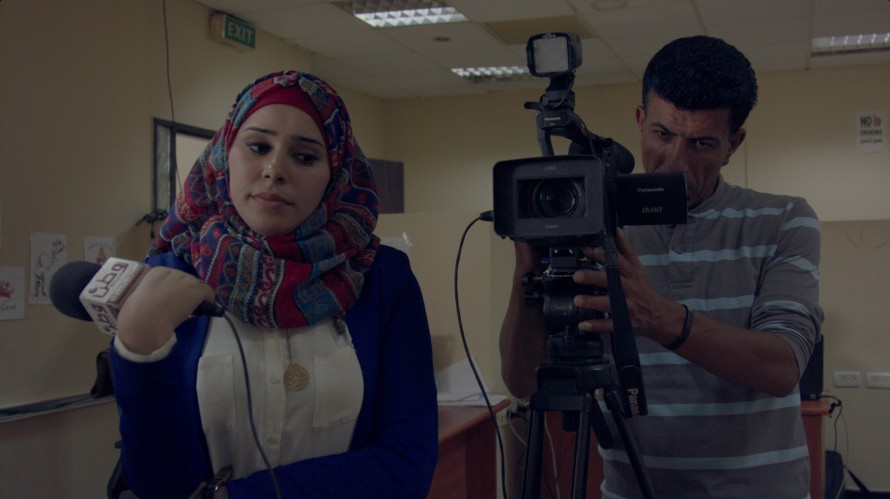 With UHF42 you’re showing a series in Forum Expanded for the first time ...

UZ: UHF42 is conceived as a series and has been produced at Wattan TV by the broadcaster’s staff. The American artist Mike Crane blended the images of their daily lives with a staged soap opera. We’re showing the first two episodes.

Nevertheless, serial thinking has always been deeply embedded in your curatorial work, hasn’t it?

SST: It has. We follow many artists and filmmakers over several years, but there are always new additions, too. And certain issues occupy us for a long time, which we want to share with the public. Sustainable development is very important to us, because we always understand our work as research as well. Research is often more important to us than the presentation of finished results. In this respect, every event during the Berlinale should be perceived as part of a publicly conducted research project which remains with us throughout the year and not just during the ten days of the Festival.