© Nadir Medina
‘And if you win… What do you want? Whatever you want.’ · ‘You and mommy, back together.’

During a summer excursion to the Calamuchita Valley, eight-year-old Valentino is to observe an old family tradition. Urged on by his father, he faces a series of challenges everyone is expected to have mastered at least once in his lifetime: diving into an ice-cold river, scaling a mountain, felling a tree. At first, the quiet young boy acquiesces to everything that is required of him. But all of a sudden, he refuses and starts inventing new rituals, guided by his own feelings and desires. In the isolated natural surroundings, father and son must cautiously negotiate their relationship anew. With its undertones of both farewells and new beginnings, this tentative trip paves the way for the next stage of Valentino's journey towards adulthood.
by Darío Mascambroni
with Valentino Rossi, Jorge Rossi, Eva López Argentina 2016 Spanish 60’ Colour empfohlen ab 9 Jahren 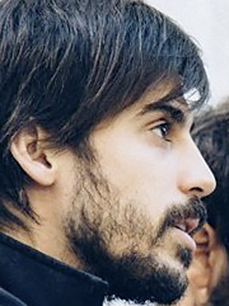