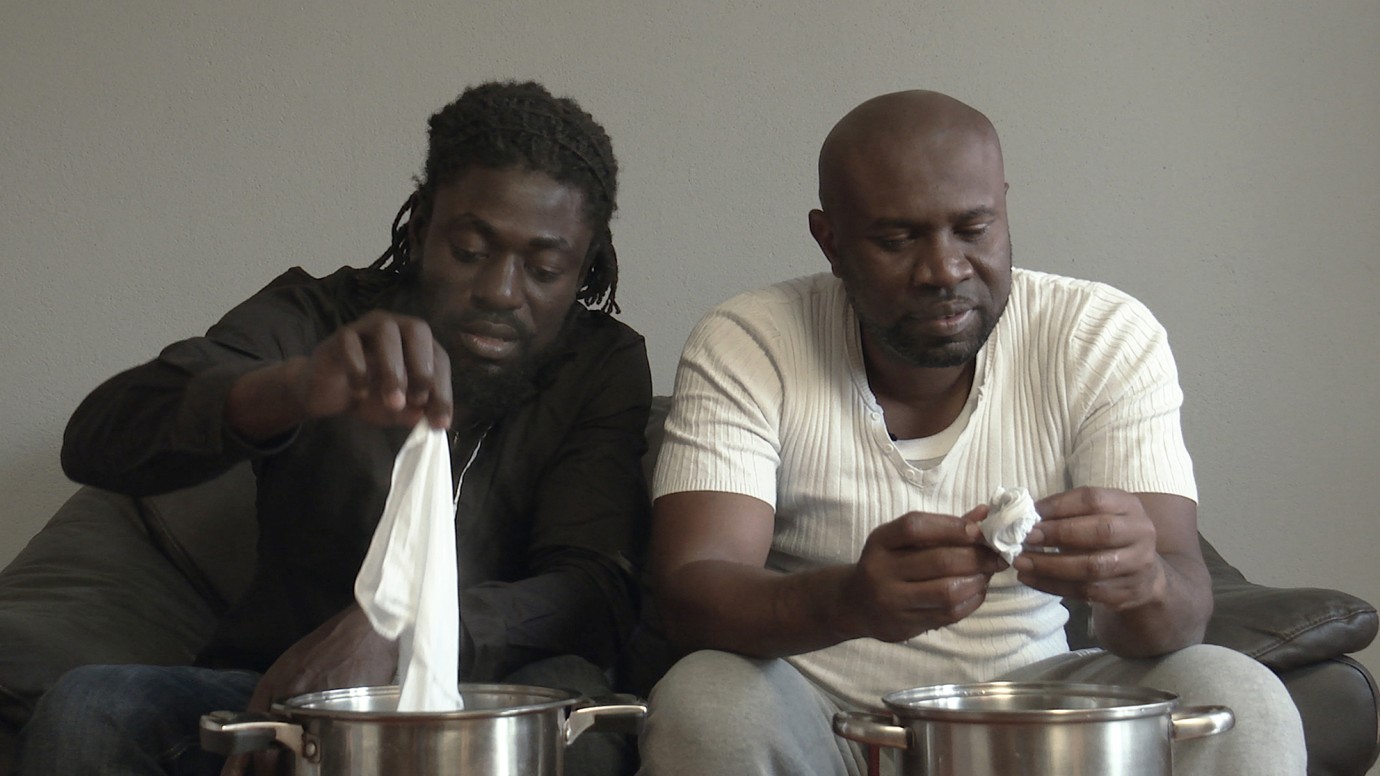 © Eliane Esther Bots
Two friends, Sapa and Hija, spend long afternoons together in a sparsely furnished apartment in the Netherlands. They are listening to music, praying, and relaxing with hot cloths covering their faces. Reminiscing about their childhood in Tanzania, they share anecdotes of their families, the grandmother who used to put the children to sleep, the father who was a taxi driver, and of the childhood dream of becoming a pilot. And they talk of the brick house, a house with no windows, in which one of the men grew up. Here, there is a view, but it is dull and uninviting.
Filmmaker Eliane Esther Bots came across Sapa in a catalog of film extras. After their first meeting, Bots decided to explore the encounter as a method of filmmaking. She invited Sapa to choose a friend as his interlocutor. Extensive conversations, acting exercises, improvisations, and spending Sundays together resulted in the short film The Brick House and in a new friendship.
The film is part of a project called Three Studies of Nearness, a triptych of short experimental documentary films, reflecting on the influence of conflict and migration and on the notions of family and home.
by Eliane Esther Bots
with Sapa, Hija Saleh Netherlands 2016 Swahili, English 16’ Colour 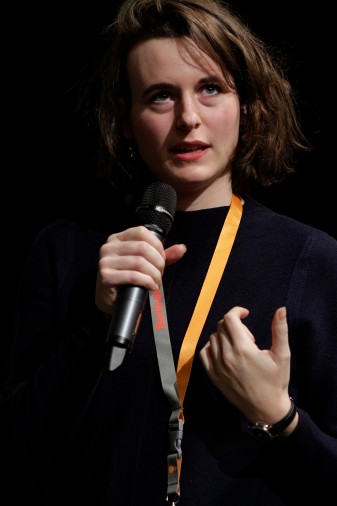 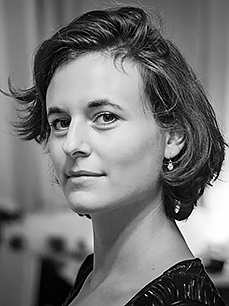