© Holdfast Pictures Inc, Lithium Studios Productions Inc, Shadow Shows Inc. / Becky Parsons
‘I am a weirdo.’ · ‘Honey, she is a weirdo, too. We are all weirdos. That’s what makes us beautiful.’

In laconic black-and-white images, Bruce McDonald tells the humorous story of two adolescent runaways, Kit and Alice. On the eve of the 1976 United States Bicentennial, the film accompanies the two hitchhikers on a turbulent journey through the breathtaking landscape of the Canadian east coast, set to a quintessentially 1970s soundtrack. While Kit wants to start a new life in his glamorous but unstable mother's artist commune, Alice makes no bones about her longing for romance. Yet in the glow of the crackling campfire of a beach party, they both reach new insights that put their relationship to the test. Likewise, the day following their joyous reunion sees Kit and his mother facing up to some uncomfortable truths.
by Bruce McDonald
with Dylan Authors, Julia Sarah Stone, Molly Parker, Allan Hawco Canada 2016 English 84’ Black/White 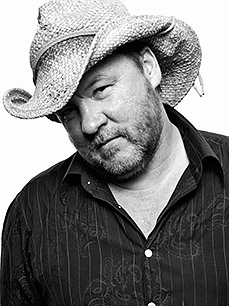 Born in Kingston, Canada in 1959, he is a director known for his irreverent, eclectic style and his love of music and pop culture. His work first appeared at the Berlinale in 1990 with his debut feature film Roadkill. His later films The Love Crimes Of Gillian Guess and The Tracey Fragments both screened in the Panorama section. He currently lives with his wife and their daughter in Toronto, enjoys Italian food and loves the Miles Davis album 'Bitches Brew'.