© Green Productions / Ran Aviad
Out in the Israeli desert, the bus waits in front of the army barracks, its motor running. Yonash and Lionel's plans to spend the weekend off-base, seemingly shelved, have now been granted a last-minute reprieve. No time to waste, as they kick off dusty boots and jump into clean fatigues. They're only seven minutes away from their coveted leave and their loved ones. Camaraderie, personal desires and a brutal race in realtime to beat the clock.
by Assaf Machnes
with Yuval Jonas, Yehiel Asseraf, Micha Rozenkier Israel 2016 Hebrew 14’ Colour 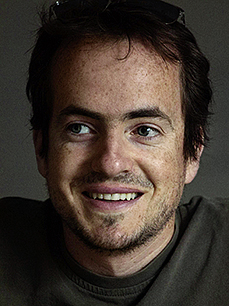 He began filmmaking during his studies at the Minshar School of Art in Tel Aviv, at the same time taking a degree in mathematics at Tel Aviv University. Subsequently taking up studies at the Met Film School in London, his graduation film screened at over 140 festivals worldwide and won many awards. After his return to Israel, he received development grants from the Israeli Film Fund and the Polish Film Institute to write his first feature film screenplay. He participated in Berlinale Talents in 2015 and the Locarno Filmmakers Academy in 2016.