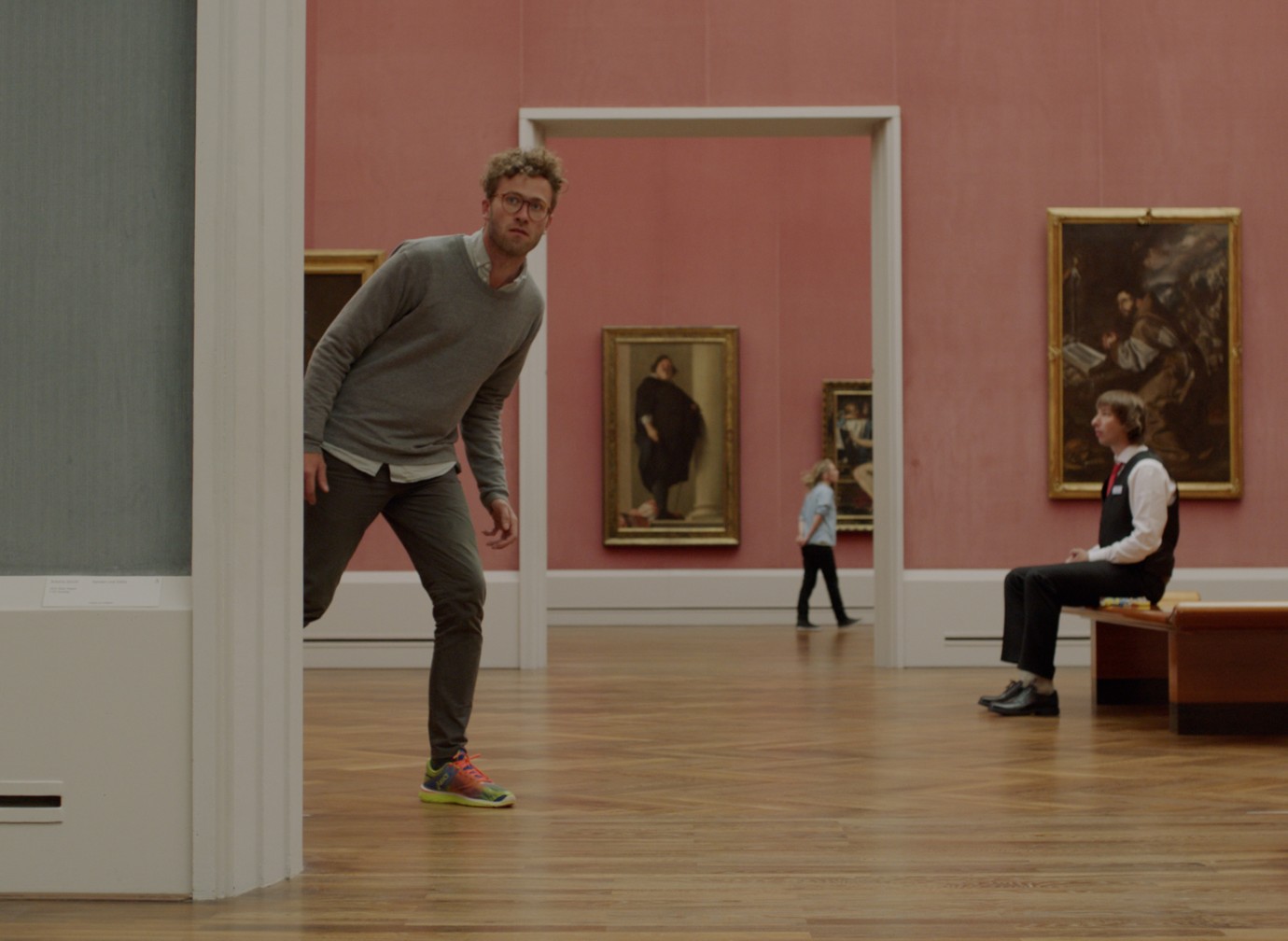 © faktura film
A bourgeois greyhound confesses how he turned from an ambitious but little-recognised filmmaker into a canine. When his latest project is rejected by every single funding institution, Julian is forced to take on a job as a fruit picker. When he makes a young Canadian woman named Camille believe that this is research for a communist fairytale film in which she is to play the leading role, she wants to come along, which kindles romantic notions in Julian. The pair winds up on an ostensibly idyllic but in reality deeply exploitative apple farm. Whilst Julian has a hard time coping with the physical strain, Camille throws herself enthusiastically into their supposed research and befriends Hong and Sancho, two naïve proletarians in search of happiness. Julian finds it increasingly difficult to play the communist filmmaker, then a model worker who dreams the American dream gets in his way, not to mention an unhinged monk with magical powers. With all these seething conflicts going on it’s no surprise that the farm owner is accidentally killed. In the end the entire orchard is buzzing with an outrageous plan.
by Julian Radlmaier
with Julian Radlmaier, Deragh Campbell, Kyung-Taek Lie, Beniamin Forti, Ilia Korkashvili, Bruno Derksen, Anton Gonopolski, Johanna Orsini-Rosenberg, Mex Schlüpfer, Natia Bakhtadze Germany 2017 German, English 99’ Colour 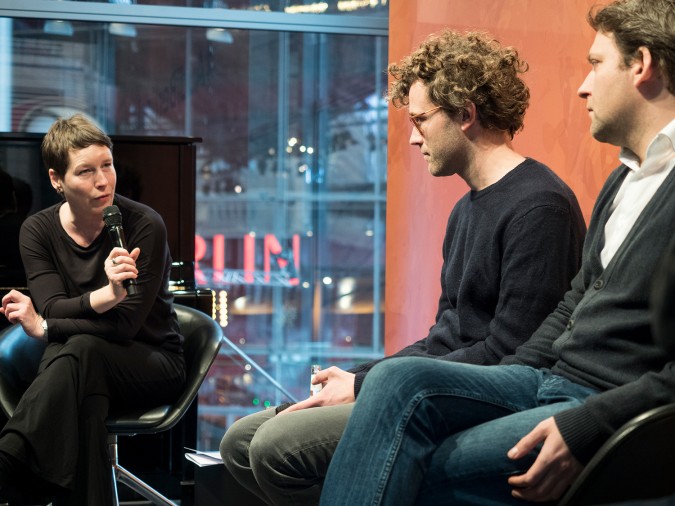 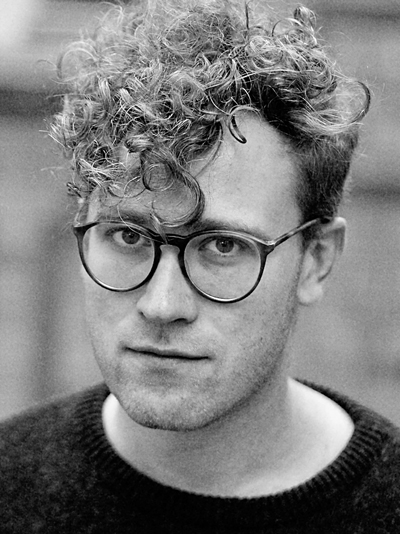