A Strong Past and Exciting Future

The Perspektive Deutsches Kino section was founded 15 years ago. Since then it has offered an outlook on the future profile of German cinema. In this interview, section head Linda Söffker also emphasises German cinema’s strong past. She speaks about powerful characters and sensitive portraits, universal questions, a mysterious genre film and a documentary which confronts her with her own work as section head. 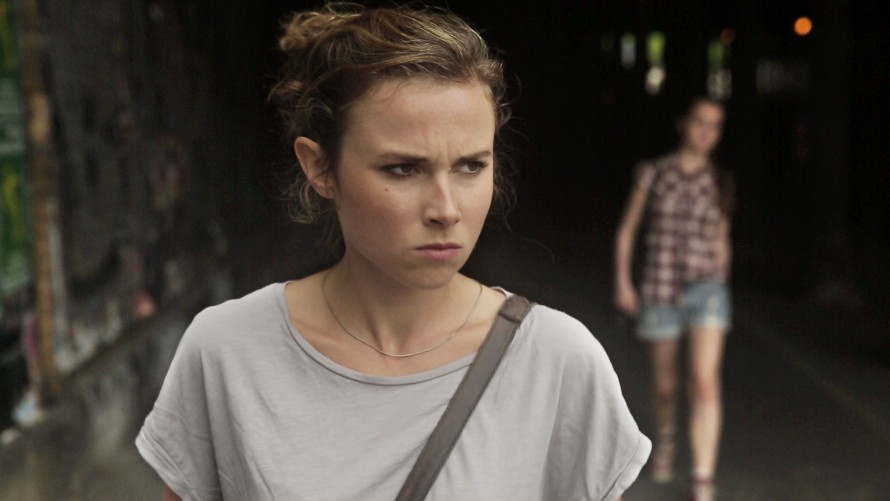 Films of the Perspektive Deutsches Kino 2016

You have frequently maintained that the political film with big “state of the nation” aspirations is rarely to be found in the work of new filmmakers. Then, last year, you pointed out a development calling for a political change in filmmaking, meaning “gung-ho shooting” with no or very little funding, without a fixed screenplay, made by families of filmmakers where everyone does everything. Is this development continuing?

This development is definitely continuing even though this year's Perspektive programme cannot be defined by this phenomenon because many of the selected films have been made at film schools. Nevertheless, we also have independently produced films in the programme again, for example LIEBMANN by director Jules Hermann and Agonie (Agony) by David Clay Diaz. In the case of LIEBMANN, Ester.Reglin.Film only came on board as co-producer at the rough-cut stage; Agonie was produced by director David Clay Diaz himself with financial support from Bavarian public broadcaster BR and film school HFF Munich. A third film, Lotte by Julius Schultheiß, is probably best classified as German Mumblecore, if you want to call this phenomenon by that name. A self-produced film, without an overly fixed screenplay, with plenty of room for improvisation.

How is this “free” style of working manifested in the formal language of the films?

It is not the case that it makes all the films look the same. Absolutely not. You can feel the esprit, the lifeblood, and see the short, direct ways in which these films have been made. What probably makes such films recognisable to the audience are the less elaborate lighting set-ups and the less expensive, yet lovingly composed set-design. The films are not so sleek, you don't hear the rustle of the script, and that can be very refreshing. 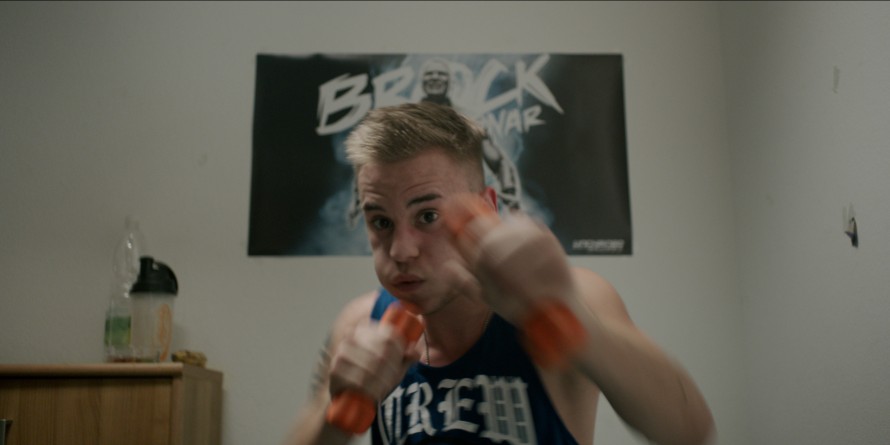 A Strong Past and Exciting Future

The 66th Berlinale’s Retrospective section is focussing on the year 1966 and therefore on a turning point in German cinema: in the West, four years after the Oberhausen Manifesto, New German Cinema was gaining recognition for the first time at important festivals. With “Fogma” by Jakob Lass and “Sehr gutes Manifest” by Axel Ranisch, two young filmmakers who can be classified as belonging to German Mumblecore have now created a manifesto of their own. Was the time ripe?

When the need is greatest, people become resourceful. The Oberhausen Manifesto actually demanded and justified funding for small films. However over the decades a structure has developed which, time and again, provides for the more established filmmakers who already have the credentials people want to rely upon. And that makes sense, but then the unknown filmmakers won’t get a look-in once again. Of course, many of those who are currently just going ahead and filming without money would much prefer to be paid, for writing the script, for a start. But they don't let that stop them when they believe in their project.

We are holding two discussion events in the Homebase Lounge from the “Made in Germany – Talking about Film” series which address challenges and opportunities in film financing. On February 13, I have invited the five winners of the “Made in Germany – Perspective Fellowship” which we have presented in partnership with Glashütte Original for the past five years for project, material and screenplay development. All five fellowship holders have not yet found partners to finance the production of their films. I want to talk about that.

Is it primarily the production conditions which are reflected in the style of the films? Or are other influences, for example from different schools of cinematography, also evident?

The young, the fresh, the unspoiled remind me of the films of the Nouvelle Vague. You can detect a certain light-footedness, as well as parallels with the GDR films from 1965/66 which are being presented as part of the Retrospective. The way in which they talk about everyday life corresponds to the young generation today. This year’s Retrospective shows the powerful past of German film in both the East and the West. And the Perspektive promises an exciting future. 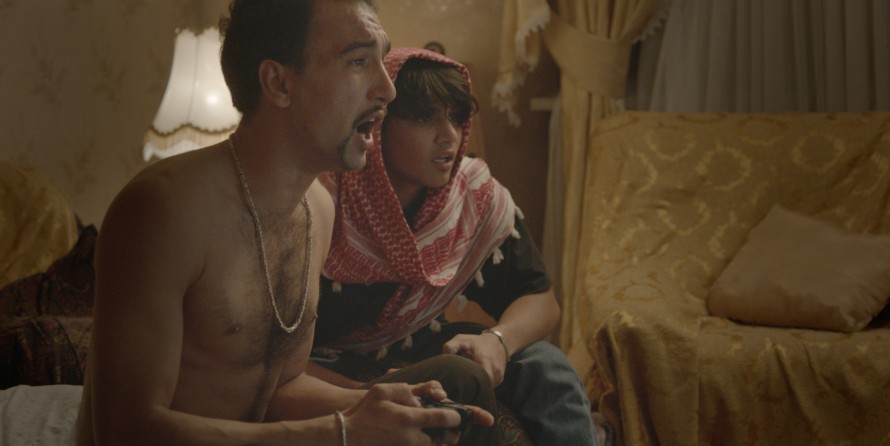 You are opening the festival with a film whose subject matter is, politically speaking, highly topical. Why did you select Meteorstraße (Meteor Street) as the opening film?

There’s always a number of reasons to programme a work as the opening film. Topicality certainly plays a role, but Meteorstraße is actually ahead of today’s situation: Mohammed, the protagonist in Aline Fischer’s film, already fled with his family from the war in Lebanon to Germany around ten years ago. His parents have since gone back, leaving their 18-year-old son and his older brother alone in Berlin. On the one hand, Mohammed is filled with longing for his parents, on the other, he wants to find his place here. The French director has been tackling this subject matter for a long time, not just since the refugee situation has become so ubiquitous in the media.

Michael Klier, who incidentally is presenting his short film Ferrari and his feature film Katz und Maus (Cat and Mouse) in the Retrospective, initiated in his role as lecturer at the Film University Babelsberg Konrad Wolf a joint project with the Bauhaus University Weimar in which eleven films about the current refugee situation in Germany are being made. We are showing one of these films, Research Refugees: Meinungsaustausch (Research Refugees: Duologue) which is only four minutes long, as a one-off guest of the Perspektive on the opening night. 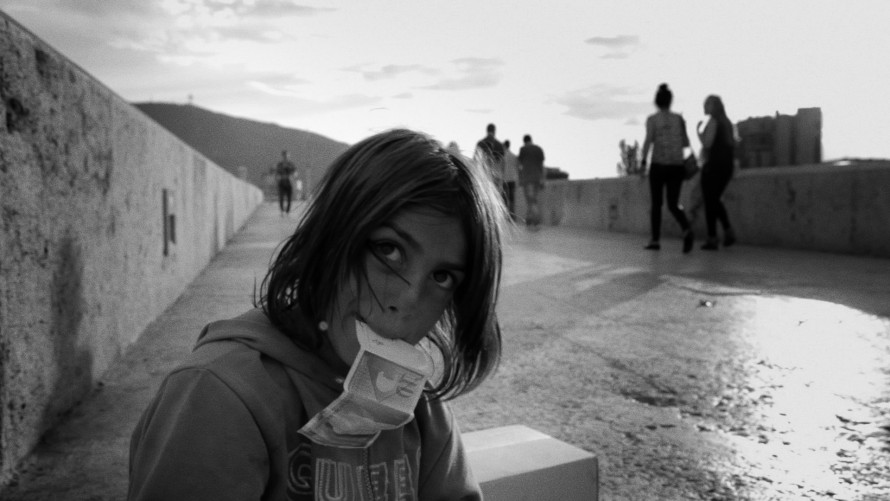 Last year the film titles suggested an examination of spaces and places. This year they appear to indicate an intimate look into the lives of individuals: Lotte, Wer ist Oda Jaune? (Who is Oda Jaune?), LIEBMANN, Valentina, TORO...

Yes, these are all stories which are carried by strong characters and yet which relate something above and beyond them. Lotte (Karin Hanczewski) is, in the film of the same name, a young nurse whose impulsiveness epitomises a contemporary phenomenon: many young people don’t want to grow up, don’t want to commit themselves, want to keep their options open

In Wer ist Oda Jaune? director Kamilla Pfeffer tries to get to the bottom of the artist behind her work. No easy task because to show art in the making is really a contradiction in terms, as Oda Jaune says herself, and she’s not the only one to believe that. Liebmann, on the other hand, is in France and tries to escape his past but he must ultimately confront his trauma in order to carry on. It is a story which can also be interpreted as being representative of a collective trauma.

Valentina, a little girl who lives with her family of 12 in the poor quarters of a Roma neighbourhood in the Macedonian capital, Skopje, is a true eponymous heroine. She takes us into her life, tells us the story of her family and, in doing so, also paints a self-portrait. At the same time, the film deals with the question of how it is possible to get near to people whose lives seem so far removed from our own. The camera is Valentina’s roaming companion, always on an equal footing with her.

The young Pole Toro, who is actually called Piotr, has been living in Germany for ten years and earns his money as an escort for upper middle-class women. He stashes his savings in a punchbag and wants to use them to open a boxing school in Poland. He has a clear goal, whereas his friend Victor prostitutes himself simply to feed his drug addiction. In this tragic story, Martin Hawie tells of an unequal friendship. We are screening this film on the 50th anniversary of the Hof International Film Festival and in doing so are establishing another connection to the Retrospective which, under this year’s heading “Germany 1966 – Redefining Cinema”, is actually bringing together some of the directors who, in the 50 years since 1967, have presented their work at Hof. The founder and festival director for many years, Heinz Badewitz, has consistently given new filmmakers a place to this day and I'm delighted to be welcoming him as a guest. 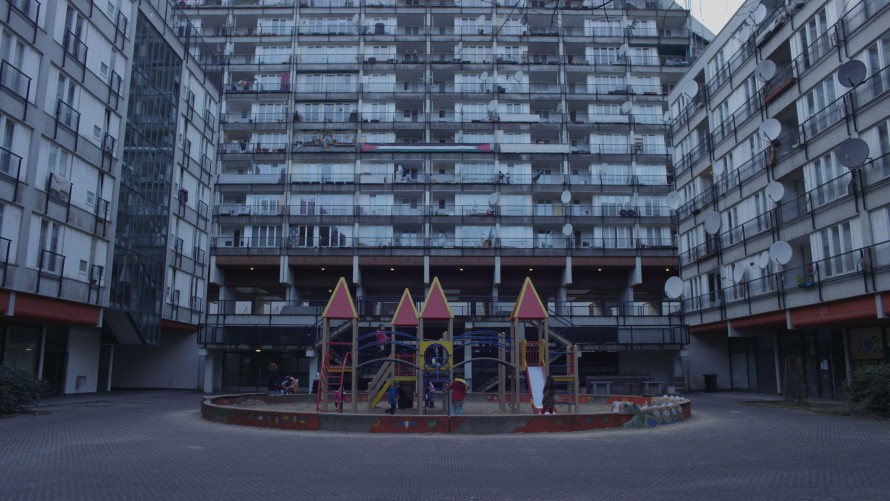 Three films are less concerned with the path of an individual than with more abstract, universal themes. I'm thinking of Agonie, Pallasseum – Unsichtbare Stadt (Pallasseum – Invisible City) and Las cuatro esquinas del círculo (Four Corners of a Circle). Is this an exception in the work of new filmmakers?

Agonie and Pallasseum actually stand out with their particular issues. Pallasseum asks how architecture writes itself into human biographies and, conversely, how people shape the places in which they live. Manuel Inacker negotiates these universal questions using a specific building and its inhabitants in Berlin-Schöneberg.

In Agonie, on the other hand, David Clay Diaz parallels two biographies whose paths never cross. Whilst one potentially ends in suicide, the protagonist of the other will in the end have committed murder. In both cases the film searches for the motivation and traces possible causes.

Las cuatro esquinas del círculo by Katarina Stanković, meanwhile, is not actually abstract. Instead, it is rather connective, essayistic, associative. A story between Mexico and Serbia, borne by the love of life.

To what extent are there parallels between Sebastian Hilger’s Wir sind die Flut (We Are the Tide) and Jan Speckenbach’s DIE VERMISSTEN (Reported Missing) which screened in the Perspektive in 2012?

Wir sind die Flut is the only film which is explicitly genre – in this case, science fiction. The film is set in the near future in Windholm where, 15 years before, the tide permanently went out. As the sea retreated, the village’s children also disappeared and now two young scientists want to get to the bottom of what happened. In DIE VERMISSTEN the children went of their own accord and formed their own alliance. In Wir sind die Flut it is at first assumed that the children have drowned, but perhaps there are many more connections between the two films than you might at first suspect... 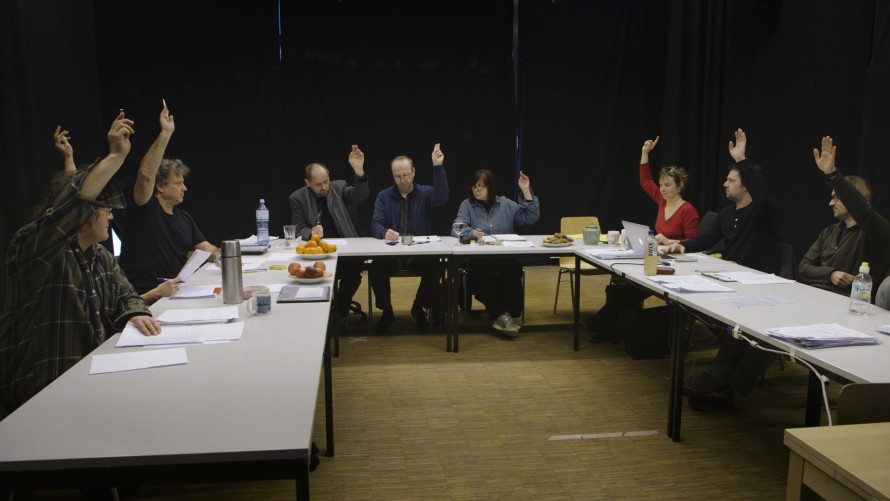 Die Prüfung by Till Harms

The documentary Die Prüfung (The Audition) allows the audience to participate in the selection processes of a drama school and focuses on the examiners. A familiar situation for you as section head?

Yes, it’s terrible. I’ve spent a lot of time fighting against the feeling this film has provoked in me. As part of a selection panel you argue, become emotional, fight for a cause you firmly believe in, reject something else, are probably once in a while unfair and all that in a manner which is not necessarily suitable for public consumption. Of course there are certain criteria, but it is also a subjective assessment. Director Till Harms uses clever techniques to give the viewer the chance to occupy both sides – that of the auditioning actors and of the appraising examiners – whilst also leaving room for reflection upon the process. In the end everyone can reach their own conclusions about the decisions – exactly like they can about the Perspektive selection in which I always try to represent the thematic focuses and tendencies which emerge from the 300 films submitted.