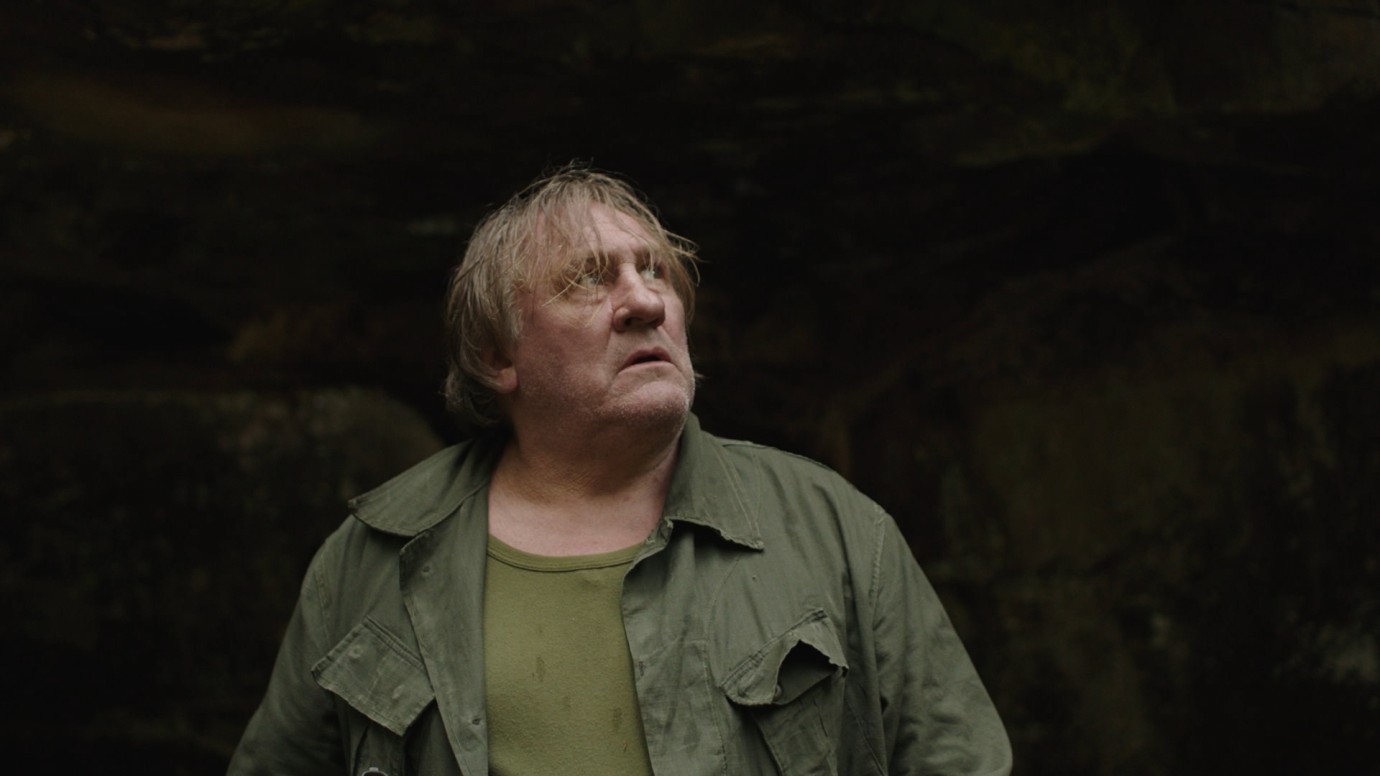 © Les films du Worso - LGM Films
Gérard Depardieu sits alone at his dining table, talking to the dog. They then set out hunting together. But the nearby forest, where the dog disappears and the hunter gets lost shortly afterwards, turns into a mysterious place full of strange creatures.
At first, we pay attention to Depardieu's sizable physique, which gradually becomes part of this curious narrative. He lets us partake in his efforts as he clumsily tries to find an escape route through the trees and the ferns. He comes across like a forlorn mountain when lying in front of a campfire at night. His gun and his phone both disappear and, without these vestiges of civilisation, the more animal side of his countenance becomes increasingly palpable. At the same time, the mighty actor triggers other associations. His green hunting outfit is reminiscent of a military camouflage suit. And what are big desert scorpions doing in a French forest? Screams heard in the distance hint at atrocities. Suddenly a naked woman stands before Depardieu. Her tears quench his thirst. By this juncture, the film has long since taken on the tone of a fairy-tale. These will not be the only stories the dark forest holds.
by Guillaume Nicloux
with Gérard Depardieu, Swann Arlaud, Audrey Bonnet, Didier Abot France 2016 85’ 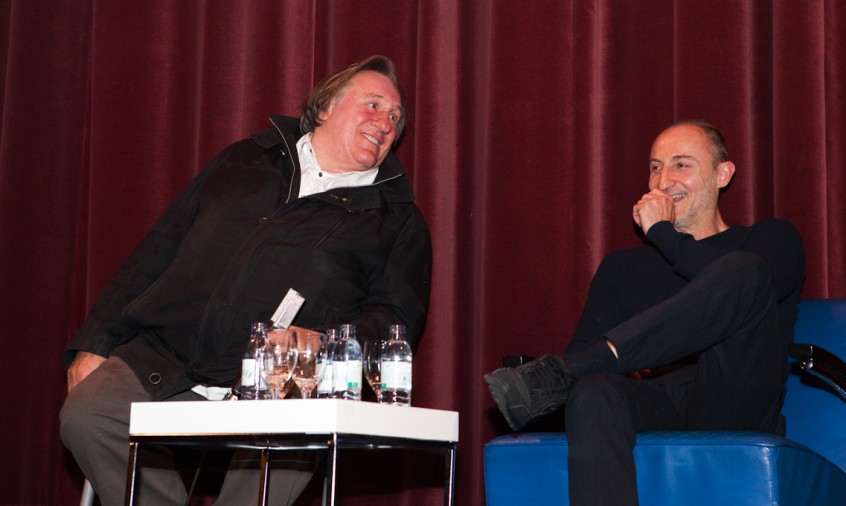