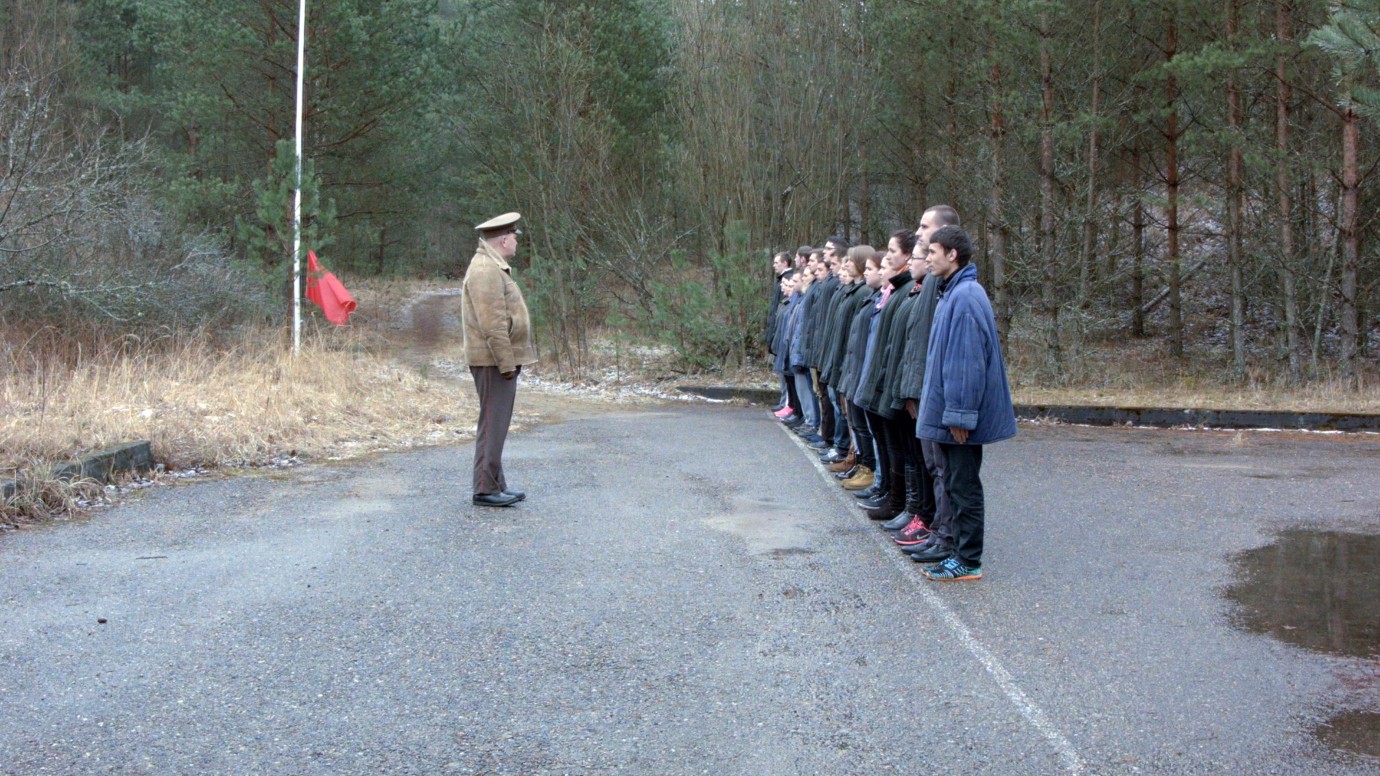 © Mike Crane
In a forest on the outskirts of Vilnius, Lithuania lie buried the remains of a Soviet audiovisual archive. The underground complex was intended to broadcast the resilience of the USSR following a possible nuclear war. Currently the site is used by a film and television actor from the region who stages military training regiments for tourists there. Casting himself in the role of a Soviet General, the actor subjects his visitors to hours of verbal and physical abuse during the course of a history lesson on the fifty-year Soviet occupation of Lithuania. The European Union recently decided that the Soviet era drills might also help to motivate the region’s unemployed teenagers toward proper economic integration. Bunker Drama depicts the first publicly funded visit of a group of youngsters to the compound, and focuses on the actor’s role in upholding the post-Soviet economic fantasy of the EU – juxtaposing his performance in the bunker with other characters he has played for television, cinema, and theater.
by Mike Crane
with Irmantas Jankaitis USA / Lithuania 2015 30’