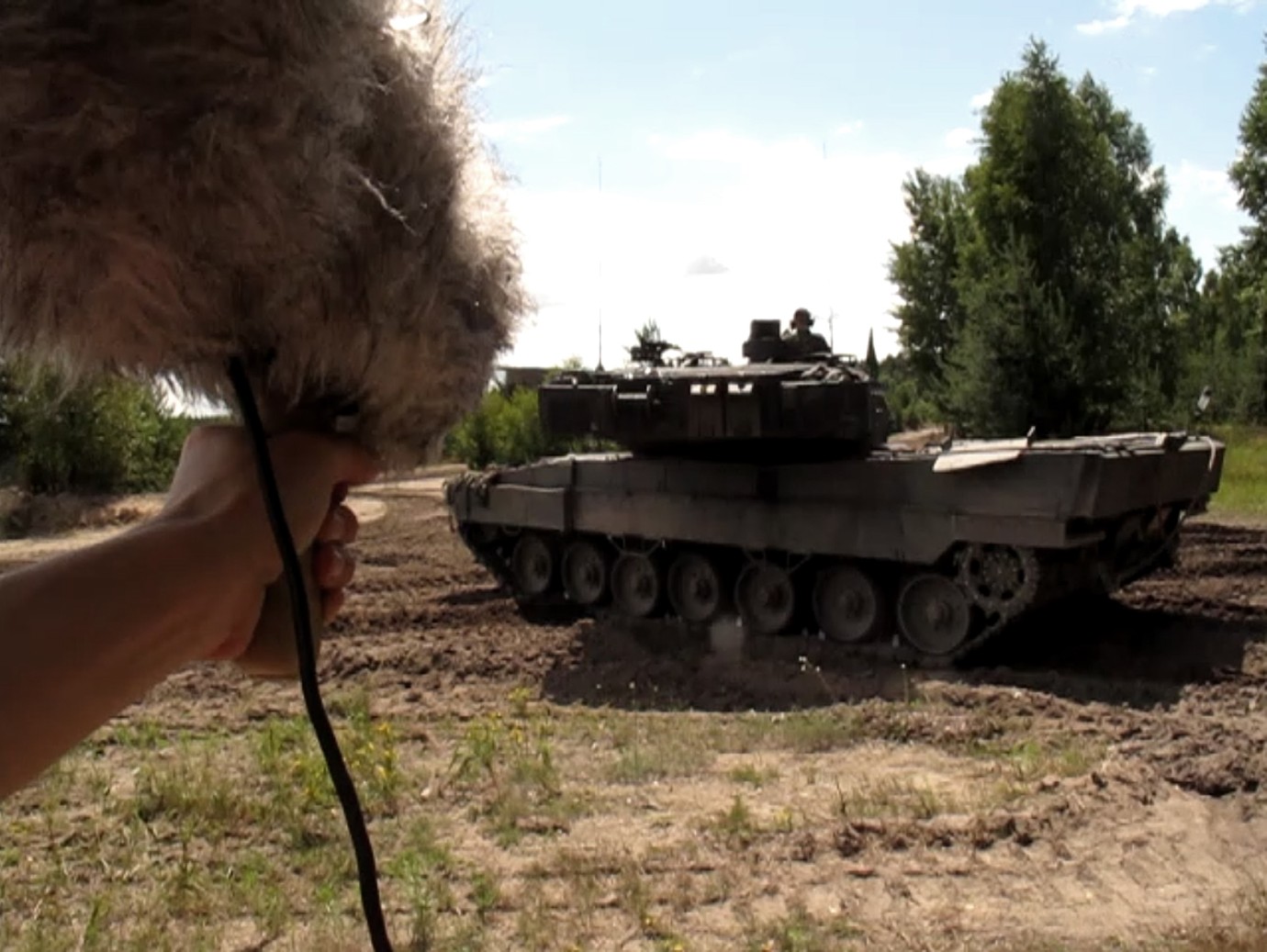 © Natascha Sadr Haghighian
One of the products exported by German arms manufacturers is the Leopard 2A7+, a main battle tank specially designed and optimized for pacifying uprisings, protests, and unrest in urban areas. Until now it existed only as a prototype, but the first 62 Leopard 2A7+ tanks were scheduled to be delivered to Qatar in late 2015. The country has ordered a total of 200.
pssst Leopard 2A7+ is a demilitarized, farcical copy of the Leopard 2A7+ realized in LEGO baseplates, a prototype in its own right. It possesses the same base area measurements as the tank, and the position of the turret is adhered to as well. It is executed with the meticulousness of a modeler, adhering closely to measurement and scale.
An ongoing phonetic study of the open secrets around this battle tank is accessible through 60 sound devices built into the model. A set of new sound documents are presented for the Forum Expanded exhibition, some of them made in collaboration with friends, others as independent contributions. The contributors include Joe Namy, Omar Mismar, Jessika Leobauldine Khazrik, errorsmith, and others.
by Natascha Sadr Haghighian Germany / Lebanon / Greece 2016