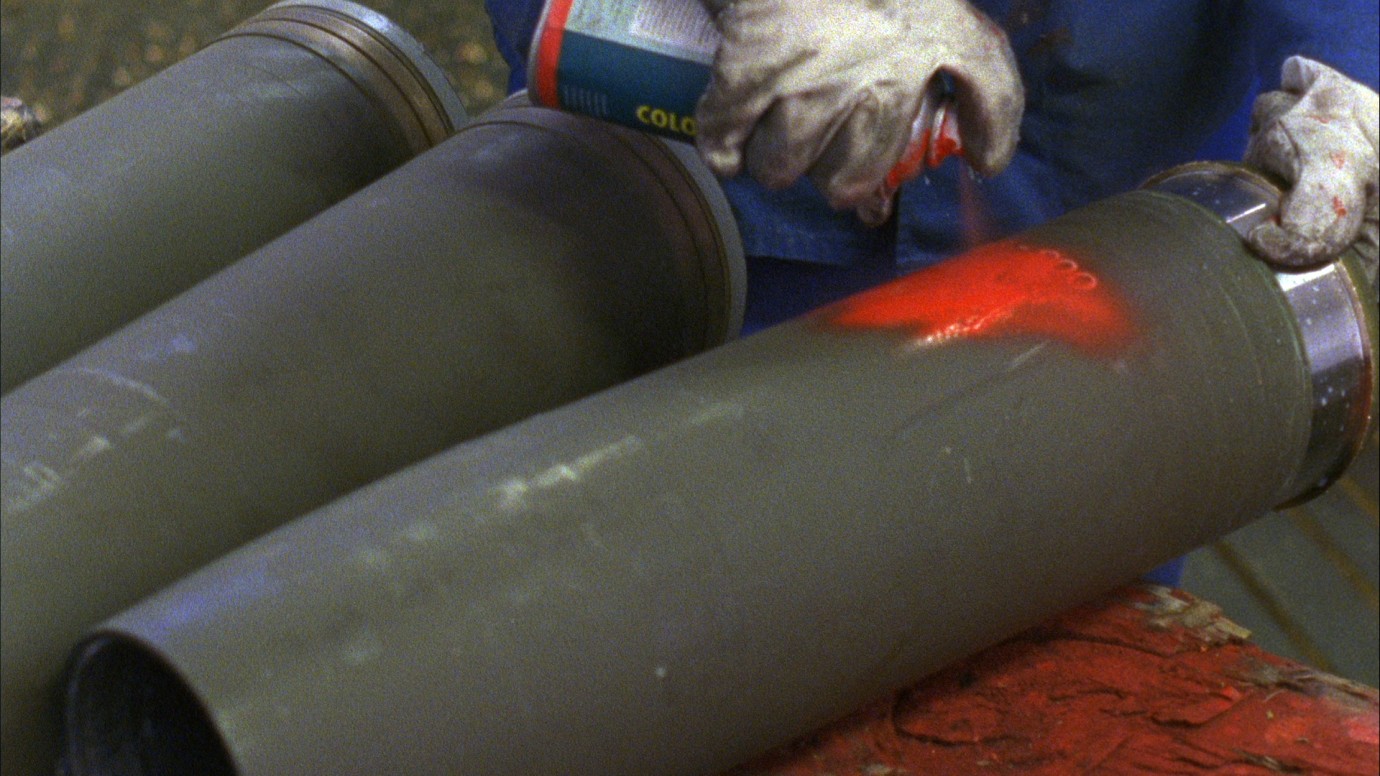 © Andreas Bunte
Safe Disassembly documents the careful dissection of cluster ammunition into individual components in a demilitarization facility in the vicinity of Berlin.

With the Convention on Cluster Munitions from 2010, an international treaty signed by 97 countries that “prohibits all use, stockpiling, production, and transfer of cluster munitions,” vast amounts of this type of ammunition became obsolete. In a small village in East Germany, the demilitarization division of a Norwegian ammunition manufacturer has established an operational facility for the disassembly of cluster ammunition. The division uses the facilities of a former workshop of the German Democratic Republic where missiles were serviced and produced for the GDR National People’s Army and the Soviet Red Army. In order to disassemble large quantities of ammunition quickly and safely, the company had to develop specialized automated machinery. In contrast to most recycling procedures in which scrap material is ground, melted, or otherwise decomposed, the dissection of cluster ammunition plays out as an inversion of the production process resembling an assembly line.
by Andreas Bunte Germany / Norway 2015 37’