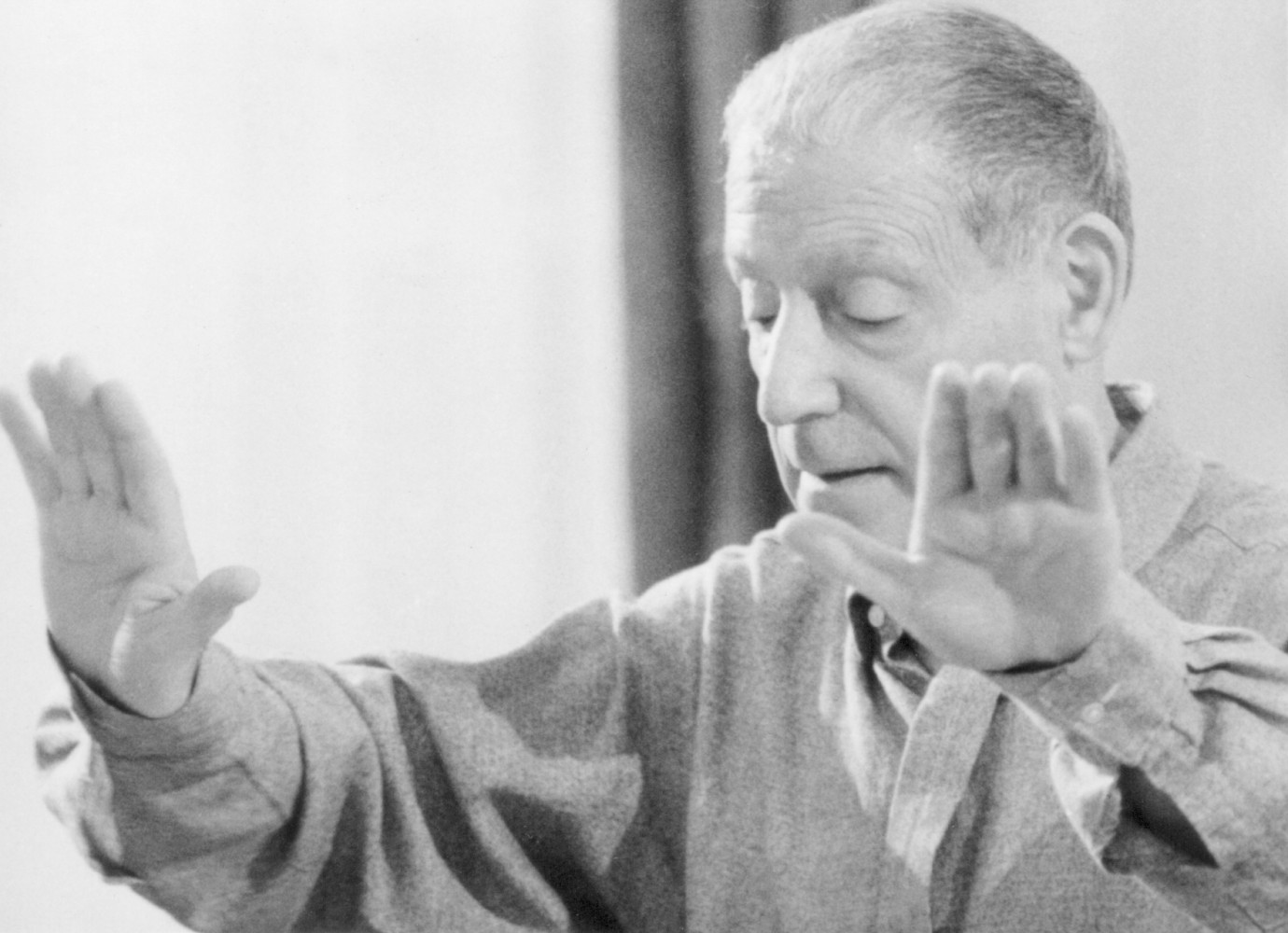 Source: Filmmuseum Potsdam, © DEFA-Stiftung
The film’s subtitle identifies it as a “study of the constructive discontent of a composer”. It is a portrait of the pugnacious musician Paul Dessau (1894 – 1979), who was controversial in East Germany, as a teacher. It follows the composer as he rehearses the “Bach Variations” with the Berlin state opera orchestra, as well during classes at the Polytechnic School I in Zeuthen, where he strives to teach the students a critical attitude. In an interview, Dessau bemoans the simplification of artistic media and elucidates the meaning and necessity of “hard sounds in an era that is not soft”. As we see when he works, “pleasure requires effort” … “art is never comfortable. Building socialism is not comfortable at all. That’s why I’m in favour of the uncomfortable”.
by Richard Cohn-Vossen Germany (GDR 1949 to 1990) /1967 30’