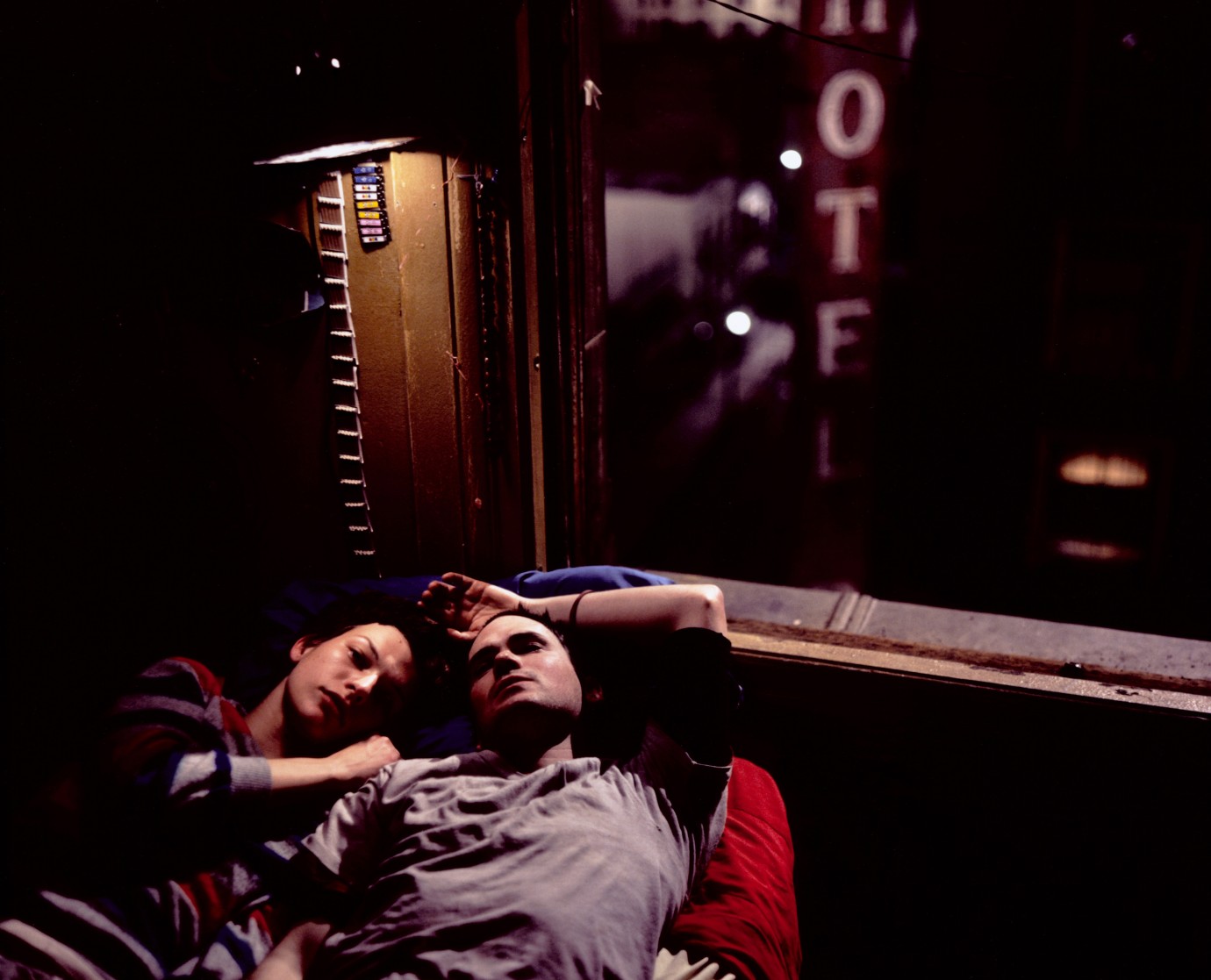 © Wim Wenders Stiftung 2014
The Million Dollar Hotel is a story about friendship and deception, and about the power of unconditional love. A group of freaks and outsiders lives in a run-down hotel in downtown Los Angeles, in a neighbourhood full of drug addicts and homeless people. The story is told through the eyes of a lovesick dreamer, who everyone calls “Tom Tom”. The object of his devotion is Eloise, a fallen angel.
There’s trouble in this madhouse. One of the lodgers, an eccentric junkie named Izzy, has fallen from the roof. Or was he pushed to his death? As it turns out to the surprise of all the other tenants, that Izzy was in fact the son of a multimillionaire media mogul, a certain Detective Skinner enters the picture to investigate his death. Only no one can yet suspect that this extended arm of the law is even crazier than all of the loveable and life-challenged characters in the Million Dollar Hotel combined.
The idea for the film came from Bono, who was also responsible for the soundtrack. MILLION DOLLAR HOTEL was shot in the real-life Rosslyn Million Dollar Hotel and the surrounding streets. The film won the Silver Bear at the Berlinale in 2000. (Wim Wenders Stiftung. A Foundation)
by Wim Wenders
with Milla Jovovich, Jeremy Davies, Mel Gibson, Jimmy Smits, Peter Stormare, Amanda Plummer, Gloria Stuart, Bono, Tom Bower, Donal Logue, Bud Cort, Julian Sands, Conrad Roberts, Harris Yulin, Charlayne Woodard, Ellen Cleghorne Germany / USA 2000 122’