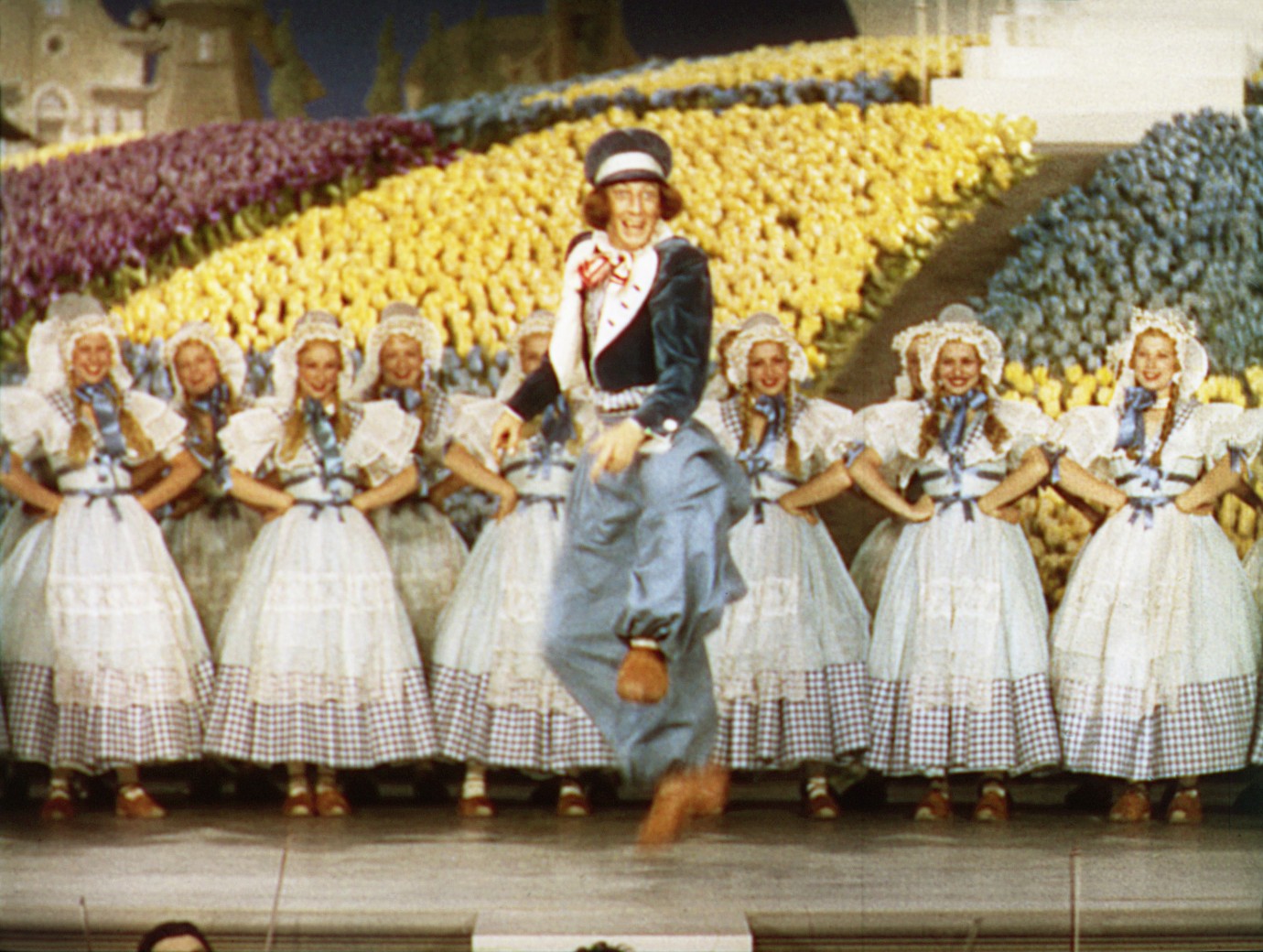 Source: George Eastman House, Rochester, © 1938 Turner Entertainment Co.
When the film opens, the operetta “Sweethearts” has been running on Broadway for six years, which is to the day precisely how long its two leads have been married. But the movie business has been eyeing Gwen Marlowe and Ernest Lane for some time. When their producer throws a party ostensibly for their anniversary that turns out to be nothing more than a PR event, the two stage stars gladly accept an invitation to Hollywood from an agent who’s travelled east just to woo them. Then Gwen comes to believe Ernest is stepping out on her, not realizing that the rumour is a ploy by the show’s librettist to split up the singing sweethearts … The special attractions in this vibrant singing roundelay include a colourful one-woman fashion show in an all-white room using large mirrors to showcase the model from several perspectives onscreen, and New York’s yellow cabs against an otherwise largely colourless sea of buildings. MGM’s first three-colour Technicolor film uses sharp black-and-white contrast and every shade of grey, so that the frugal use of colour appears even more radiant by comparison. Oliver T. Marsh and Allen Davey were awarded a special Oscar for the colour camerawork.
by W. S. Van Dyke II.
with Jeanette MacDonald, Nelson Eddy, Frank Morgan USA 1938 114’