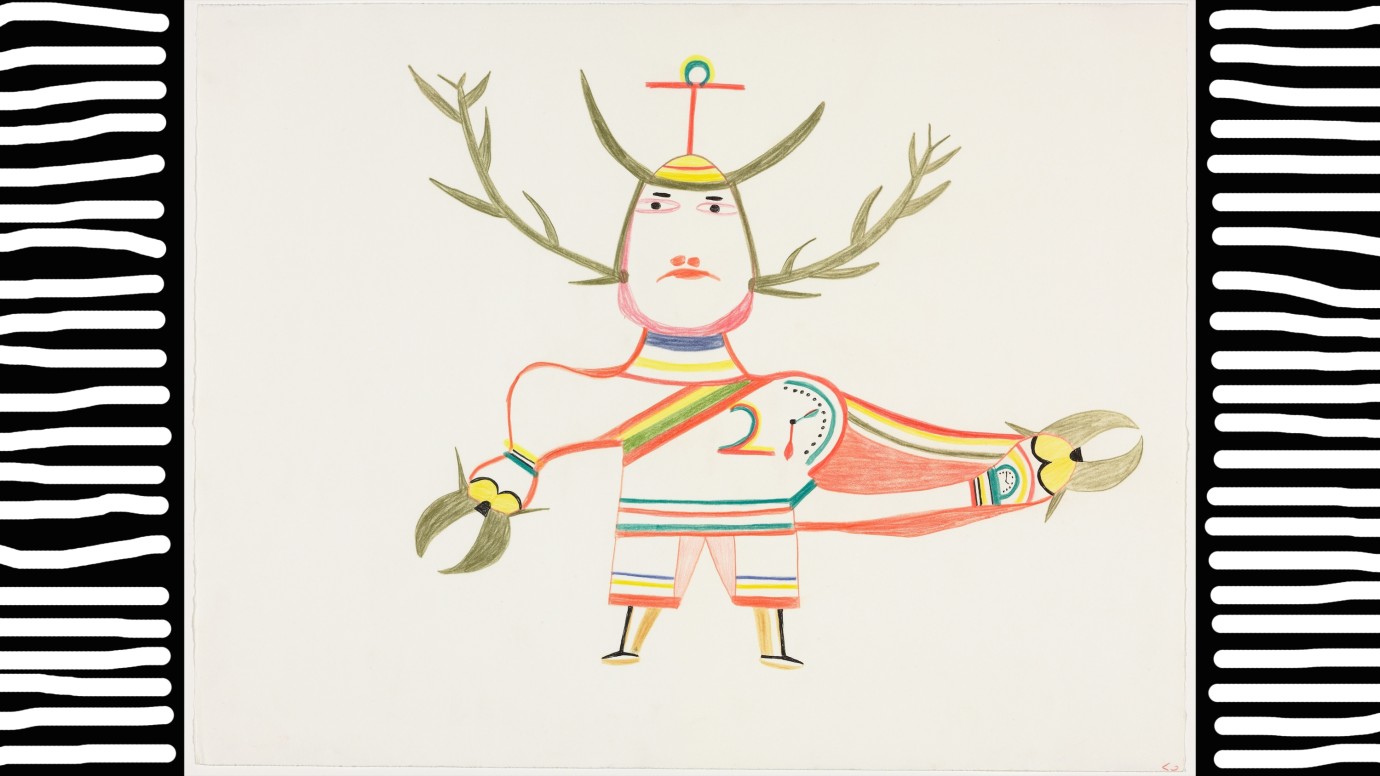 Courtesy of the artist © Arvo Leo
For many years Inuit hunter-turned-artist Pudlo Pudlat (1916-1992) lived a traditional semi-nomadic life on Baffin Island in the Canadian Arctic. Eventually, in his forties, after a hunting injury, he moved to the settlement of Cape Dorset where he began making drawings with materials provided by the newly established West Baffin Eskimo Co-op, the first Inuit printmaking studio. Over the next thirty years Pudlo would produce over 4000 drawings and paintings with graphite, felt markers, coloured pencils, and acrylics; many of which have never been exhibited.
Pudlo was part of the generation of Inuit in the late 1950s who were given pencils and paper and asked to just ‘draw their thoughts’. What is exemplary about Pudlo is that he was one of the first artists to move away from making only images of traditional Inuit life – images that were often preferred by the art market further south. Upon the white page hunters, igloos, seals, and walruses are often found mingling in the company of such modern conveniences as airplanes, telephone poles, automobiles, and clocks; things that were swiftly becoming commonplace in the north. Pudlo, with his imaginative and playful touch, would sometimes even morph these subjects into each other, creating surreal hybrids that embodied the radical cultural transformations occurring around him.
Twenty-two years after Pudlo’s death, Arvo Leo traveled to Cape Dorset to spend the spring living in the place where Pudlo made his work. In Fish Plane, Heart Clock many images of Pudlo’s drawings and paintings are collaged with imagery that Leo created during his time there. Leo portrays the daily life of a small town in seasonal transition while also subtly evoking the surreal and enigmatic energy that was intrinsic to Pudlo’s art.
by Arvo Leo Switzerland / Canada 2014 60’ 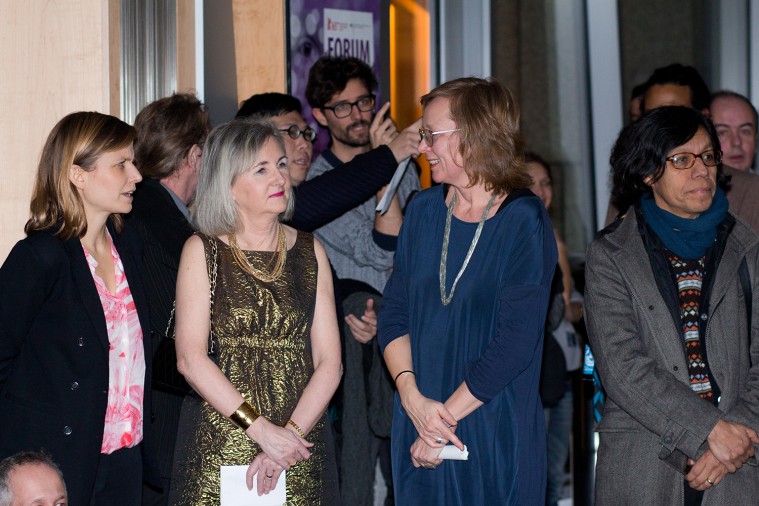