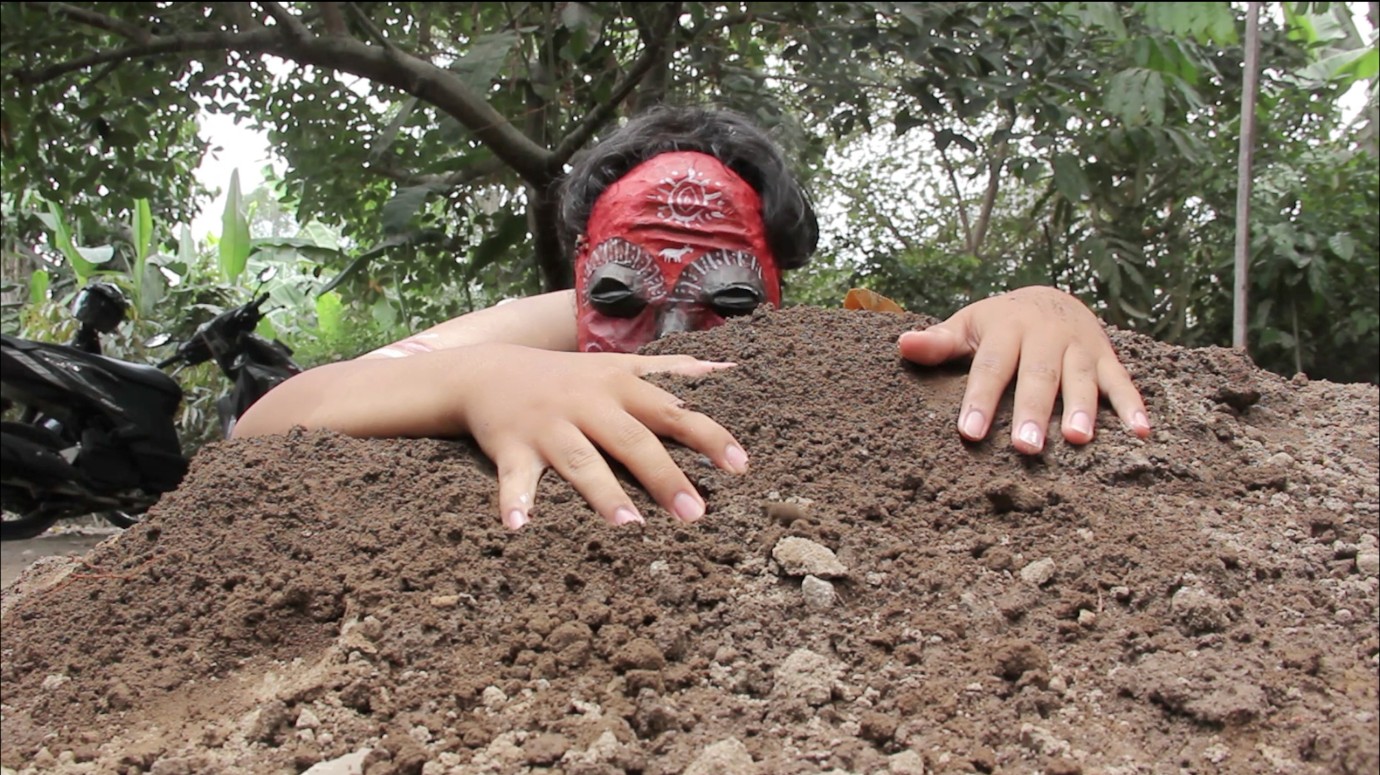 Lembusura, or the legend of the mountain demon. A rain of ash falls on Java. Kelud, a volcano located to this east of the Indonesian island, is active. As one of the island’s most dangerous mountains, it is known for violent and explosive eruptions. And when it rains ash, it pours. Time and again, everything gets covered in fine grey dust – houses, streets, blossoms and umbrellas. According to legend, the ash rain is caused by an angry demon named Lembusura who wears a magic hood and lives inside the volcano.
Young men set off to conquer their mythical past. One is dressed as a demon – with the largest breasts, immediately provoking the others to laugh. The enactment of the search is shown in its entirety. Lembusura dances, climbs over trees and hills. All the earnestness applied in ethnological and particularly, in postcolonial discourse when referring to the mysticism and tales of other cultures is suspended. Suspended from the legacy of the story itself. The rain of ash falls relentlessly, and the muezzin calls.
by Wregas Bhanuteja
with Yohanes Budyambara Indonesia 2014 10’ 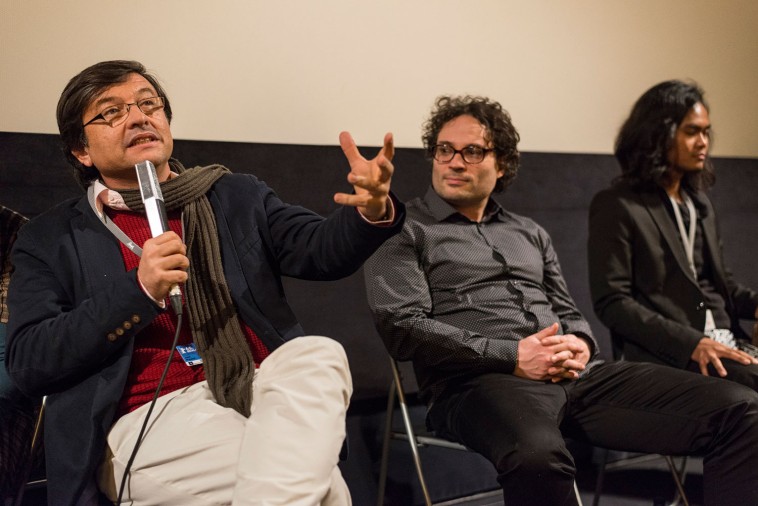 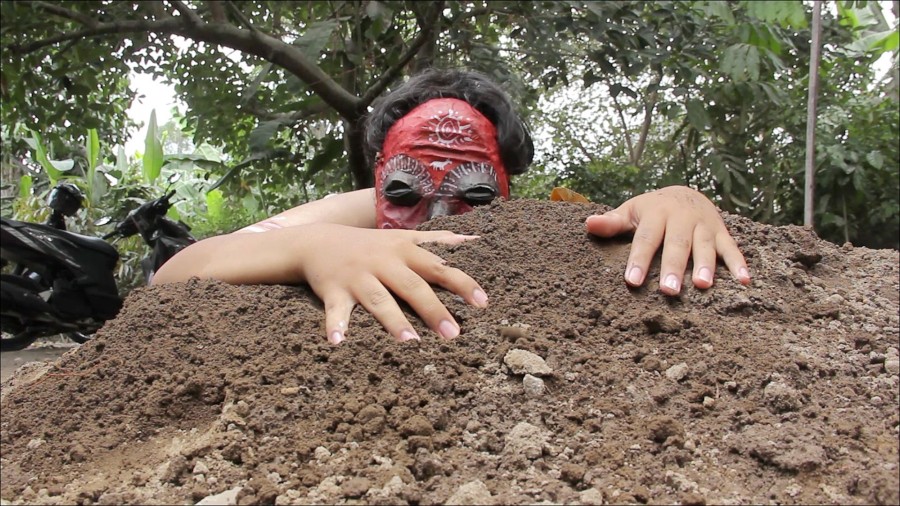