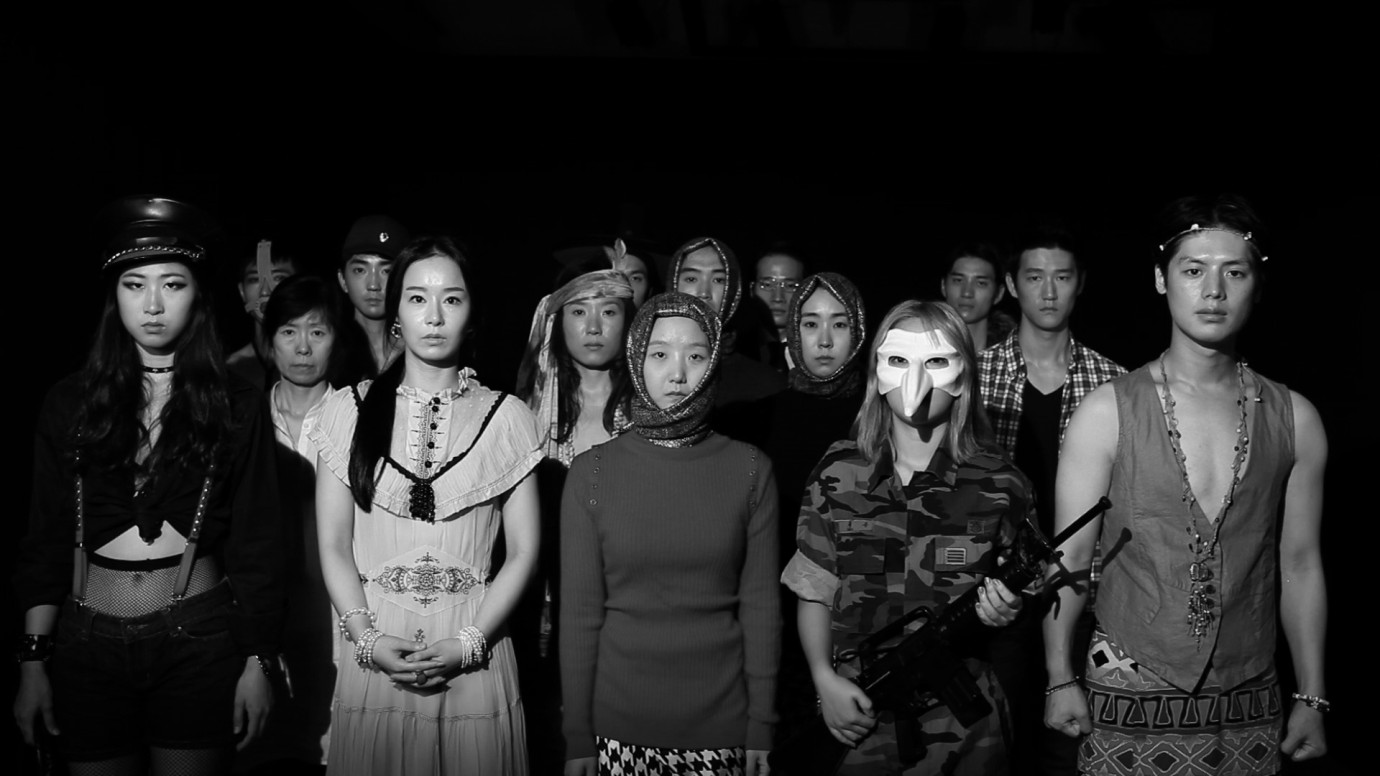 © spektakulativ pictures
Korea, the now: A young man makes a fateful encounter with a stranger he passionately falls in love with. When Unk rides his scooter through the night he fails to notice a drunk pedestrian, a man called Boaz, and hits him. The accident has unforeseen repercussions since shortly afterwards Unk and Boaz start an intense relationship that leads into a gradually worsening dependency and the “nouveau-noir story of absorption and autonomy” (Lior Shamriz) takes its course. Filmed as a gay melodrama in black-and-white shots, the classically narrative strands are intertwined with scenes from an eccentric theatre production that incorporates stories of the great revolt of the Jews against the Roman Empire. Bit by bit, the lines between a romantically orchestrated reality and the performative staging of a fictional tale begin to blur.
Lior Shamriz’s film deals with cultural and historical appropriation. Elements of the New Queer Cinema, American pop culture, Biblical history, and fetish fashion are singled out, taken out of context, then re-contextualized and integrated into an unconventional narrative that consciously recites cinematic conventions at the same time. In the form of what could be called a cinematic mash-up, Cancelled Faces alienates cultural signifiers and opens a view to the concept of alienation on various levels. The personal alienation of two lovers inside a relationship, the cultural alienation of subjects in a globalized consumer culture and lastly, the alienation of concepts of national, sexual, or cultural identity.
(Toby Ashraf)
by Lior Shamriz
with Kim Won-mok, Lee Je-yeon, Ye Soo-jeong, Won Tae-hee, Kim Hye-na Republic of Korea (South Korea) / Germany 2015 80’ 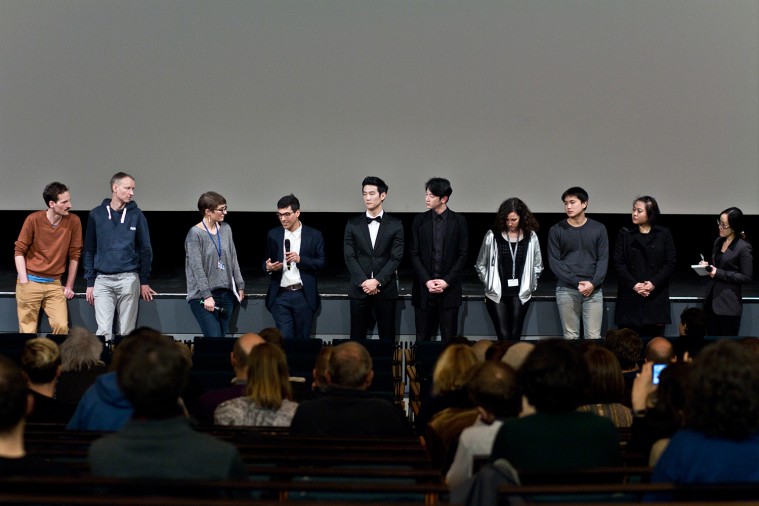