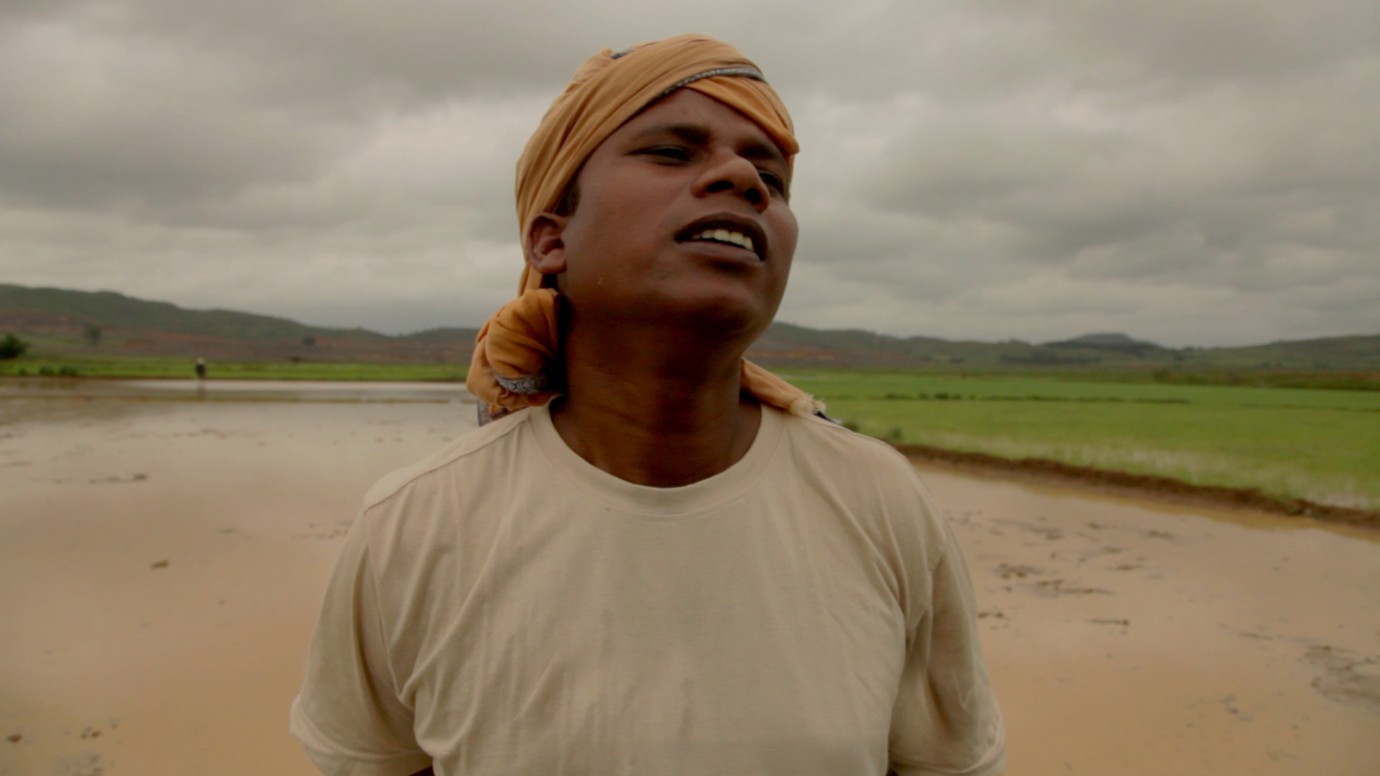 © Kush Badhwar
Kucheipadar, a Khonda tribal village in Odisha, India, is a bauxite-rich block that since India’s economic liberalisation has been the subject of violent conflict between Adivasis and a mining venture. The singing of songs has come to articulate creative forms and political structures that steered a resistance movement from subalternity, through solidarity and into dissolution. Blood Earth interweaves the efforts to record song, farming, village life and a political meeting to improvise a junction between voice, music, silence, sound and noise. It is the second project of the New Delhi based collective Word Sound Power, to which Kush Badhwar belongs.