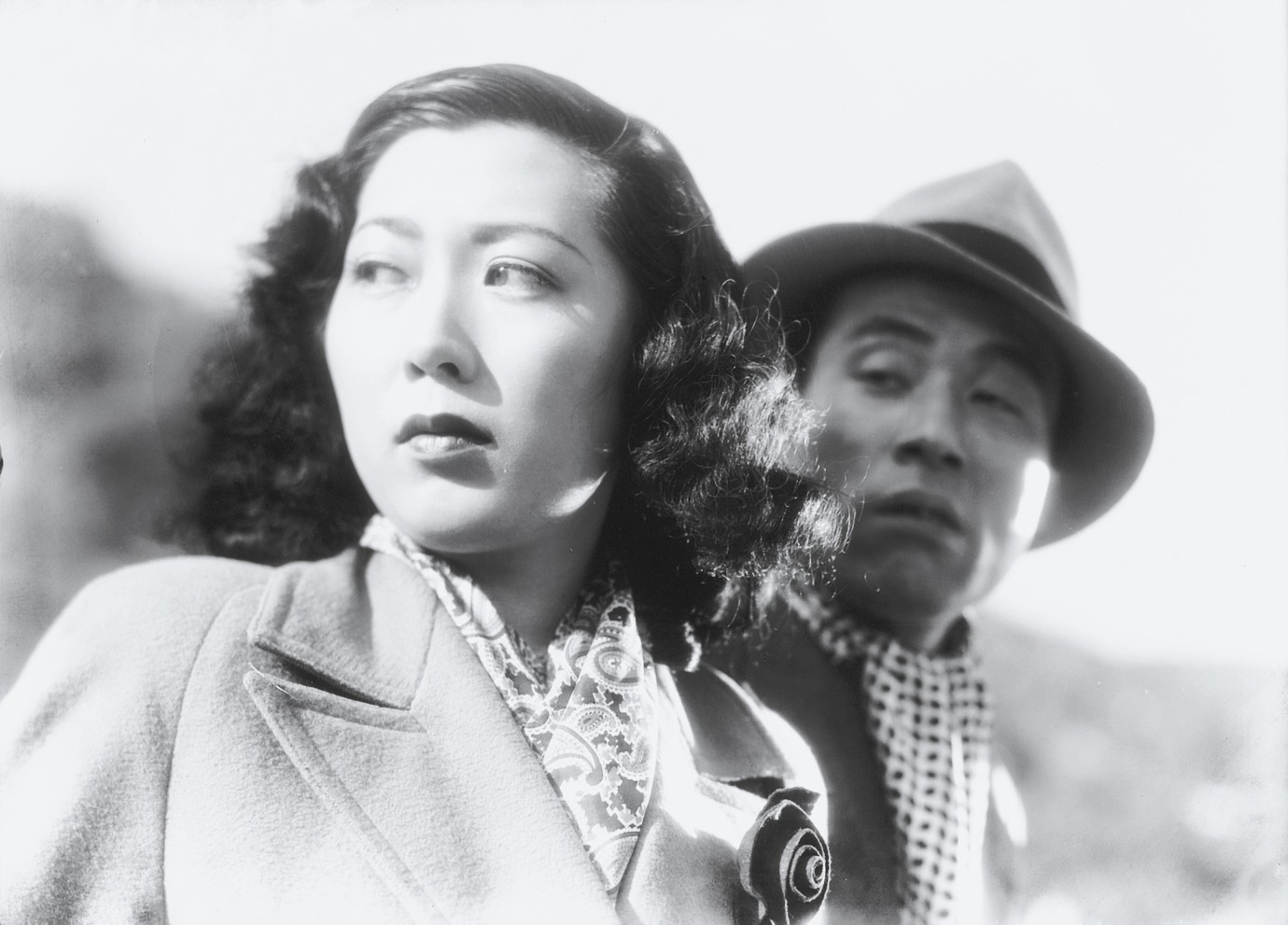 © 1948 Shochiku Co., Ltd.
Like many other women in post-war Japan, Toshiko works as a chorus girl. Her lover Tadashi asks her to accompany him to the Atami beach resort. She actually wants to break up with him, since she doesn’t want to have anything more to do with his criminal wheelings and dealings, but nevertheless allowed herself be talked into meeting him. The intimidating Tadashi tries to bind Toshiko to him with ever-new promises, flatteries and ultimately threats too, just as she becomes increasingly desperate in her desire to break away from him. The constant repetition of her attempts to free herself form the pattern of this film, which conveys the ambivalence and entanglements of the relationship via intense close-ups of details and faces. Toshiko’s emotions run the gamut from fearful fatalism to firm resolve, until the dramatic climax unfolds during a fire in the coastal city. Against the background of a picturesque landscape, Kinoshita directs this story of a woman wrestling for her freedom in images on a dangerous tilt, in which everything appears to be out of kilter.
by Keisuke Kinoshita
with Mitsuko Mito, Eitaro Ozawa Japan 1948 67’