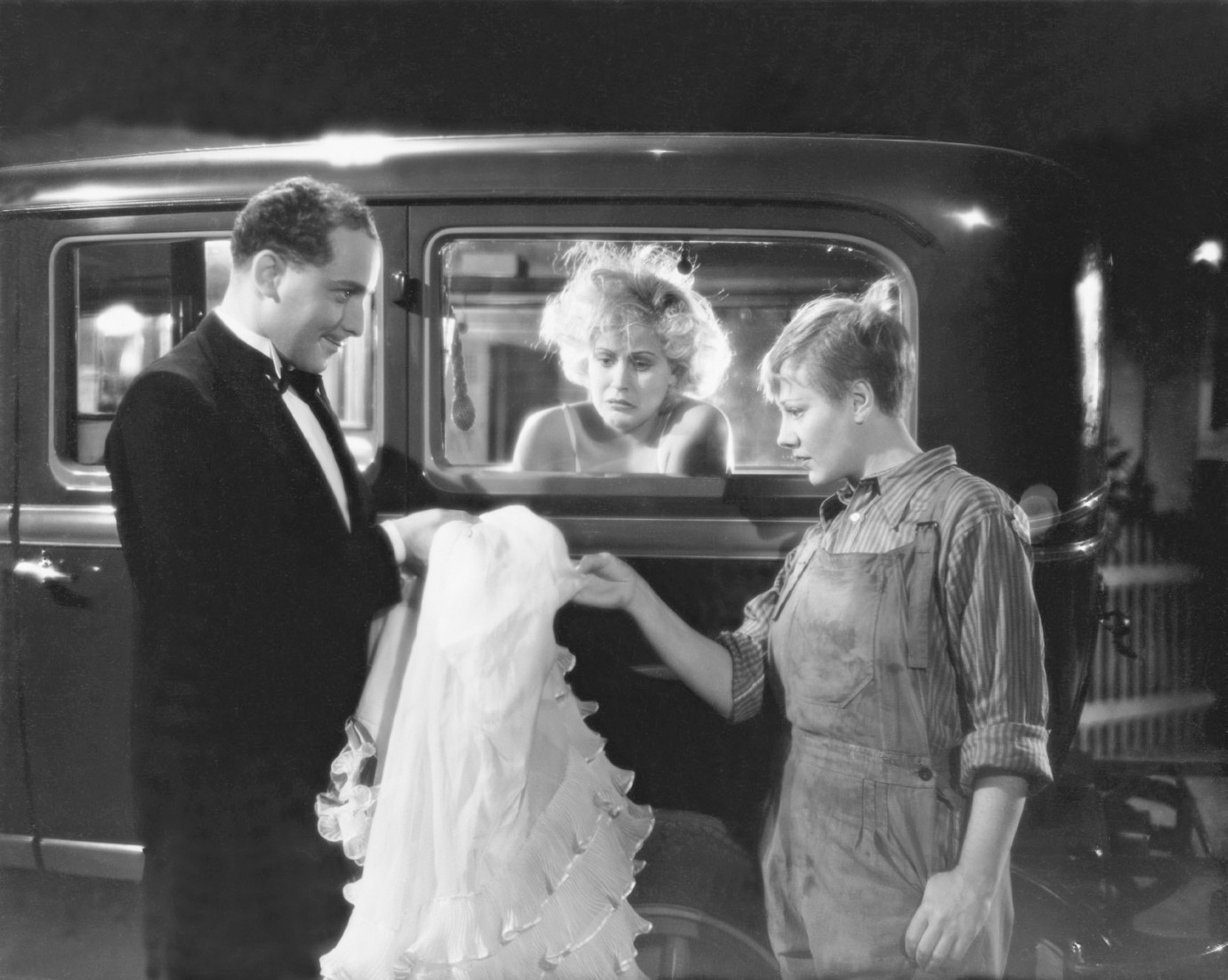 Source: Deutsche Kinemathek
Eva and her grandfather can’t pay their rent and end up homeless. The young girl tries her luck as a street musician. Then a thief fleeing capture forces Eva to switch clothes with him. Now posing as a boy and calling herself Peter, Eva ends up in court after a traffic accident. The accident’s victim is the doctor Robert Bandler, who feels sorry for Peter/Eva and arranges a job for her at a garage. Eva doesn’t know who got her the job, but she is attracted to Robert. Since he thinks she’s a boy, numerous complications ensue … Peter is a case of a recognized mode of social criticism in exile – the depression-era comedy. And with the comedic element of two gentlemen in tails kissing each other pushing the sexual ambiguity to new heights, it is a direct precursor to the cross-dressing comedies. Kosterlitz, later to have a long career in the US as Henry Koster, filmed Peter in German in Hungary, clearly expressing the hope that his exile would be temporary. But the film was never shown in Germany. Cabaret artist Francisca Gaál as a saucy tomboy, who can be as boyish as she is seductive, is a late rediscovery here. And Peter is one the most charming film comedies of the 1930s.
by Hermann Kosterlitz
with Francisca Gaál, Hans Jaray, Felix Bressart Hungary / Austria 1934 83’