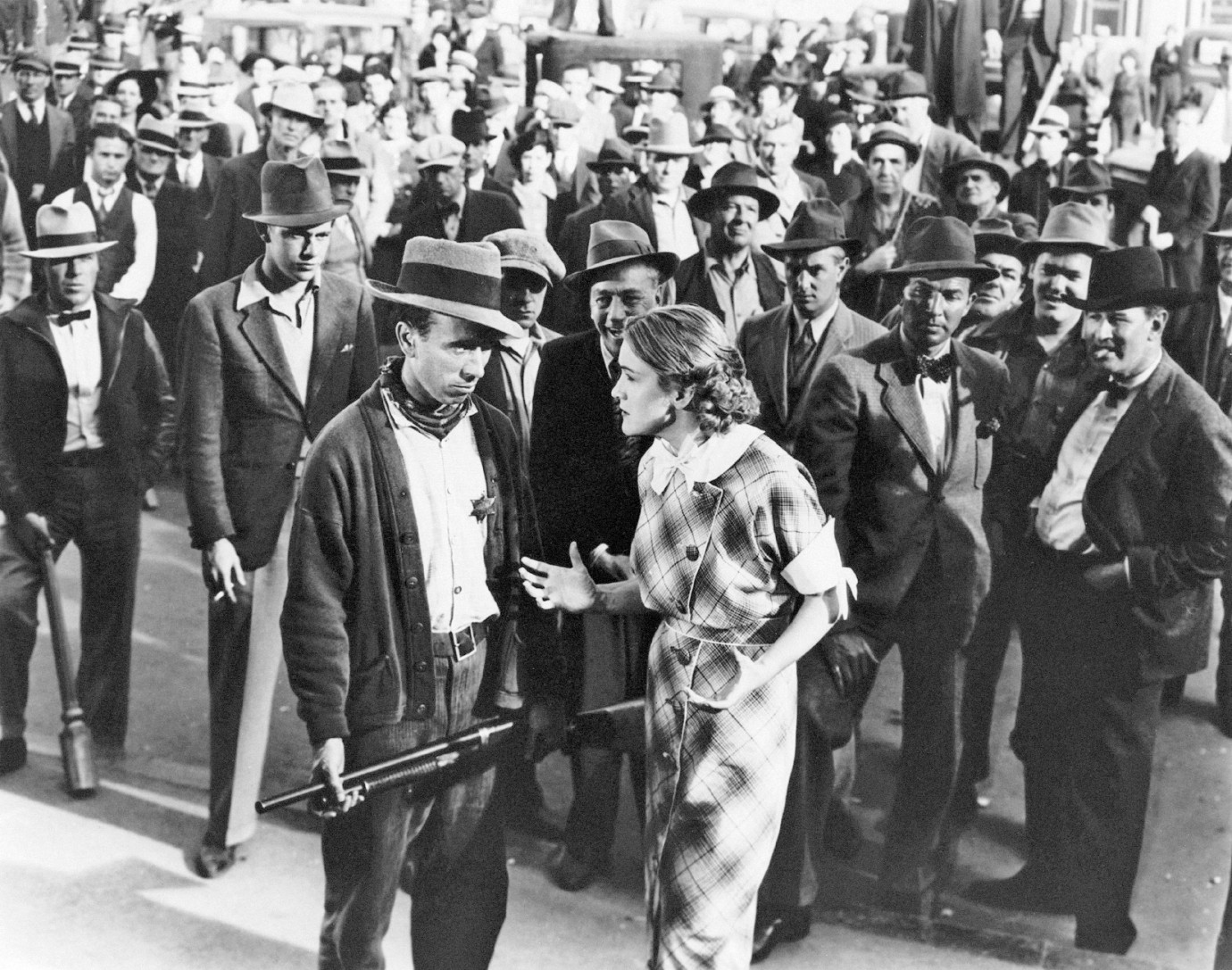 Source: Deutsche Kinemathek
On the way to Washington, where his fiancée awaits him, petrol-station leaseholder Joe Wilson is stopped by a police patrol, which wants to solve a kidnapping case. When they find a bill on Joe that is part of the ransom money, the innocent man is taken into custody in the small town of Strand. The rumour quickly spreads that a kidnapper has been caught “on the run”. Enraged townsfolk, who want to see Joe hanged, storm the prison and set it on fire. As a result, twenty-two of them appear in court. They are charged with premeditated murder. Joe, however, is still alive. And now it is Joe who wants to see his “murderers” hanged … Fritz Lang’s first film in Hollywood is a vehement plea for civil courage and the rule of law. With his criticism of lynching in the USA, his film condemns xenophobia and a misguided “will of the people”. The mob also reflects Lang’s experiences with political reality. Peter Bogdanovich: “The monsters here, unlike those in [his] German sagas, are not disfigured super-criminals plotting from subterranean cellars, but well-dressed citizens from the mainstream of life.”
by Fritz Lang
with Sylvia Sidney, Spencer Tracy, Walter Abel USA 1936 94’