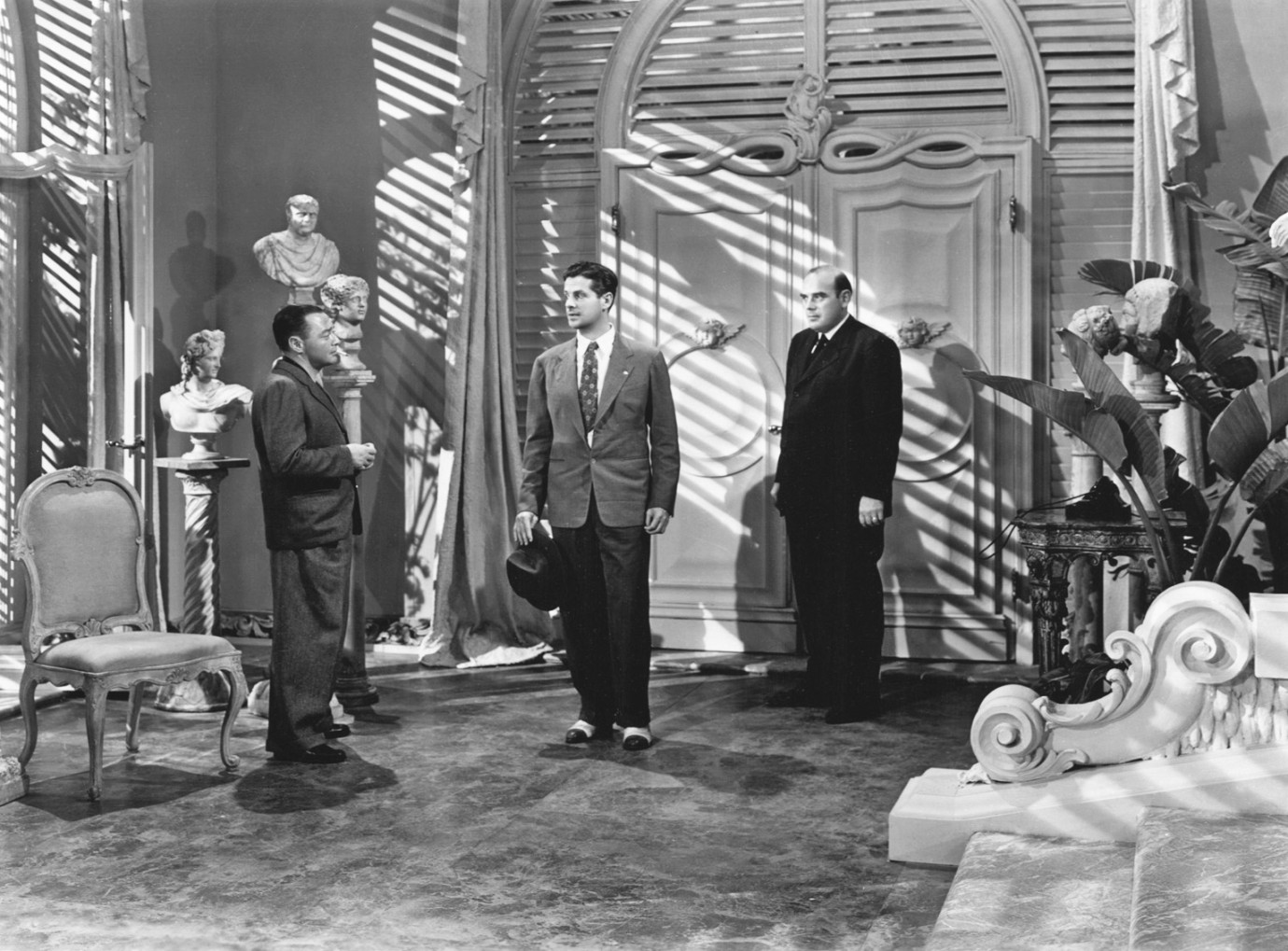 Source: The Museum of Modern Art, New York, © Sony Pictures/Park Circus
A man returning from the war, unemployed and suffering from malaria, finds a job working for a gangster boss. Chuck has to chauffeur the boss’s wife Lorna, who is treated like a prisoner by her unscrupulous husband. When the attractive blonde asks Chuck to help her escape, he is only too willing to book two passages on a ship from Miami to Havana. On Cuba, the two newly enamoured lovers consider themselves safe – until Chuck suddenly finds himself holding Lorna dead in his arms and the police pursue him as the murderer … With the logic of a feverous dream, the film, based on a novel by Noir author Cornell Woorich, leads viewers through an underworld which is very sparingly illuminated by cameraman Franz Planer. And even when light finally penetrates the darkness, the awakening is by no means good.
Restored by the UCLA Film and Television Archive, with funding provided by The Film Foundation and the Franco-American Cultural Fund, a unique partnership between the Directors Guild of America (DGA); the Motion Picture Association of America (MPAA); the Société des Auteurs, Compositeurs et Editeurs de Musique (SACEM); and the Writers Guild of America, West (WGAW).
by Arthur Ripley
with Robert Cummings, Michèle Morgan, Peter Lorre USA 1946 88’