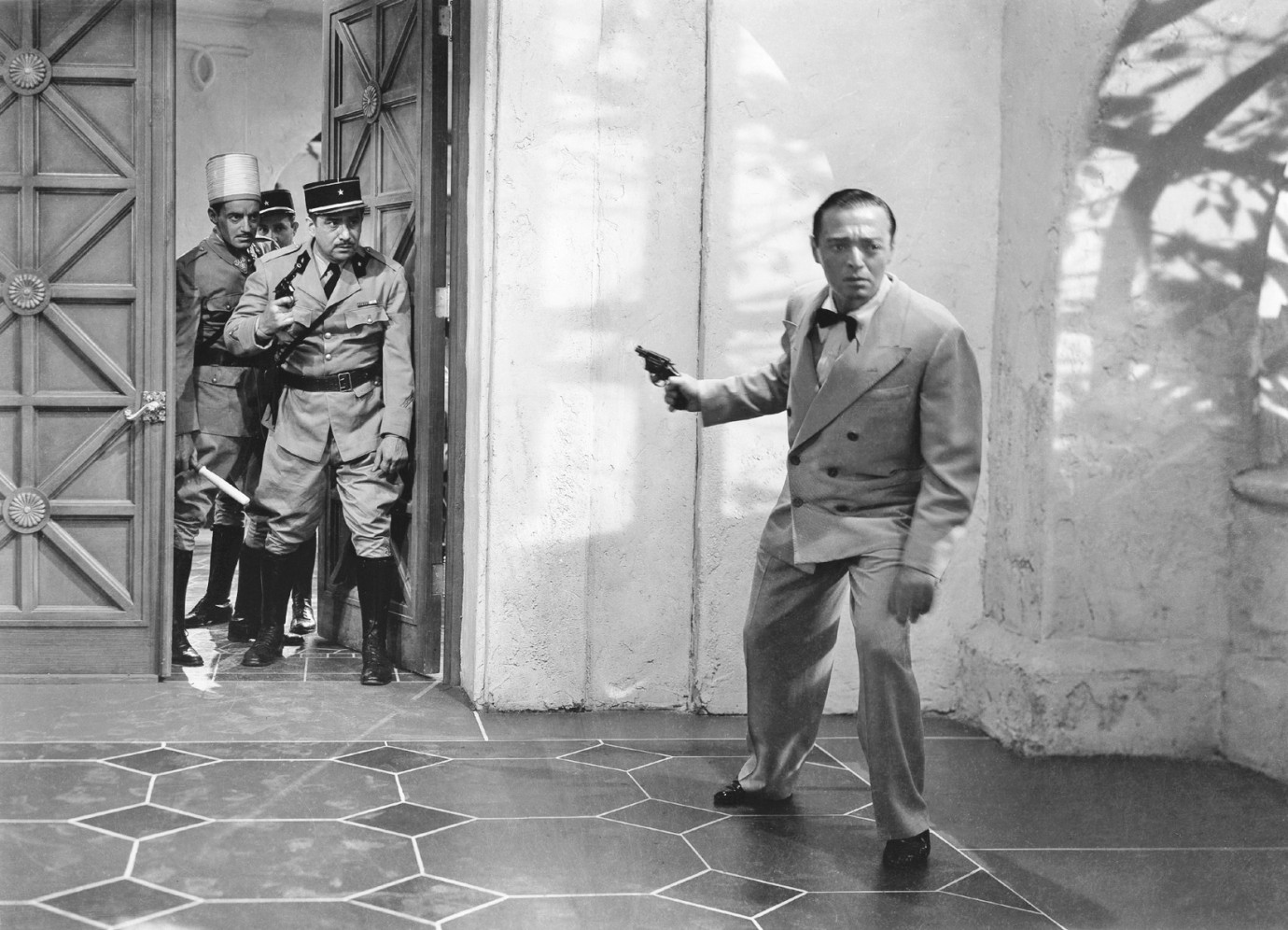 Source: Deutsche Kinemathek
In the French protectorate of Morocco during the Second World War, the paths of European refugees and Nazi spies, French resistance fighters and German officers, idealists and crooks cross. They all frequent “Rick’s”, a bar run by an American, Rick Blaine. His comfortable existence between the fronts comes to an end when the prominent Concentration Camp refugee Victor Lazlo enters his bar to collect his much-longed-for exit-visa for himself and his young wife. It is Ilsa Lund, of all people, with whom Rick had a close love relationship in Paris. And Rick still loves Ilsa … The most famous adventure-melodrama in cinema history focuses on the existential problems of European emigrants: their persecution by the Nazis, and their visa and language problems (“What watch?”, “Ten watch.”, “Such much?”). Under Hungarian-born director Mihály Kertész, Humphrey Bogart is almost the only “real” American in an ensemble comprising mainly European actors, many of whom have had similar experiences in exile as the characters depicted in Casablanca.
by Michael Curtiz
with Humphrey Bogart, Ingrid Bergman, Conrad Veidt, Peter Lorre USA 1942 102’