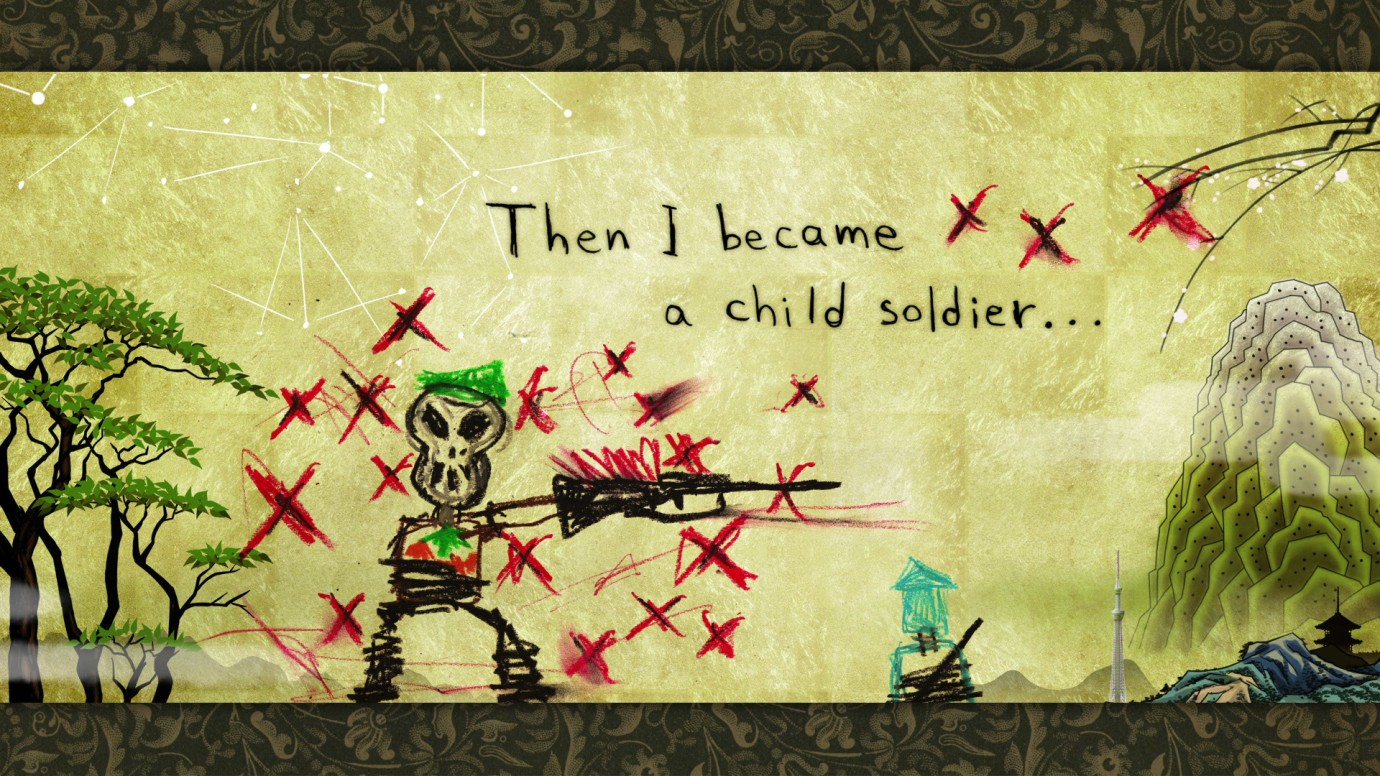 Two eight-year-old boys compete in a game of childish bravado. Ken is a Ninja, Nito a child soldier from the Congo who was forced to kill his own mother. Their naïve game addresses cruel realities, and they talk about their differences and what they have in common. Accompanied by contrasting graphics, the film explores the types of acts of which humankind is capable. Isamu Hirabayashi, whose previous shorts Aramaki and 663114 provoked much discussion when they screened at the Berlinale, once again demonstrates his ability to tackle universal topics and provide disturbing insights.
by Isamu Hirabayashi Japan 2012 10’