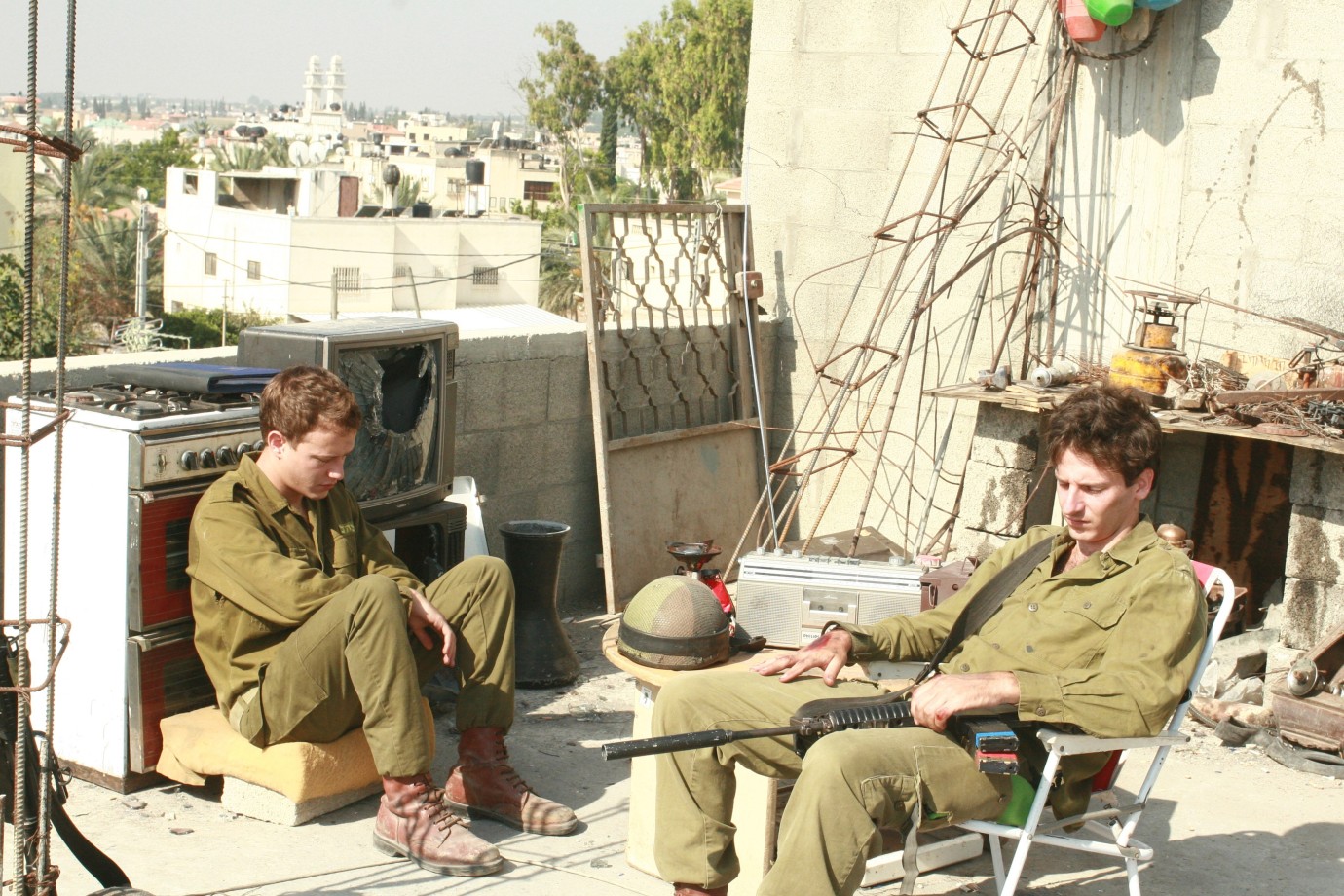 The Gaza Strip in the early summer of 1989. A company of young Israeli soldiers reports for duty in the occupied area. Continuous clashes with the Palestinian population soon claim their first fatality: one of the soldiers, Iliya, is killed when a washing machine is dropped on him from the rooftop of an apartment block. The perpetrator escapes. In order to find him, their commanding officer orders some of the soldiers to take up position on the roof for the weekend. In spite of vehement protests from the building's Palestinian owner, who fears being considered a collaborator, Aki, Ariel, Haim and Tomer begin their vigil. A lounger is set up and they listen to rock music on their transistor radio. But when the dead soldier Iliya’s father, now a broken man, pays them a visit they realise each and every one of them will lose their innocence in that place.
All the action of Yariv Horowitz’s film takes place in just a few days. His drama explores the psychological effects of the Arab-Israeli conflict on those involved. In particular the experiences of Tomer, who has only just reached adulthood, reflect the senselessness of armed action, which only ever creates yet more injustice.
by Yariv Horowitz
with Yon Tumarkin, Yotam Ishay, Roy Nik, Iftach Rave, Khawla Alhaj Debsi Israel / France 2012 93’