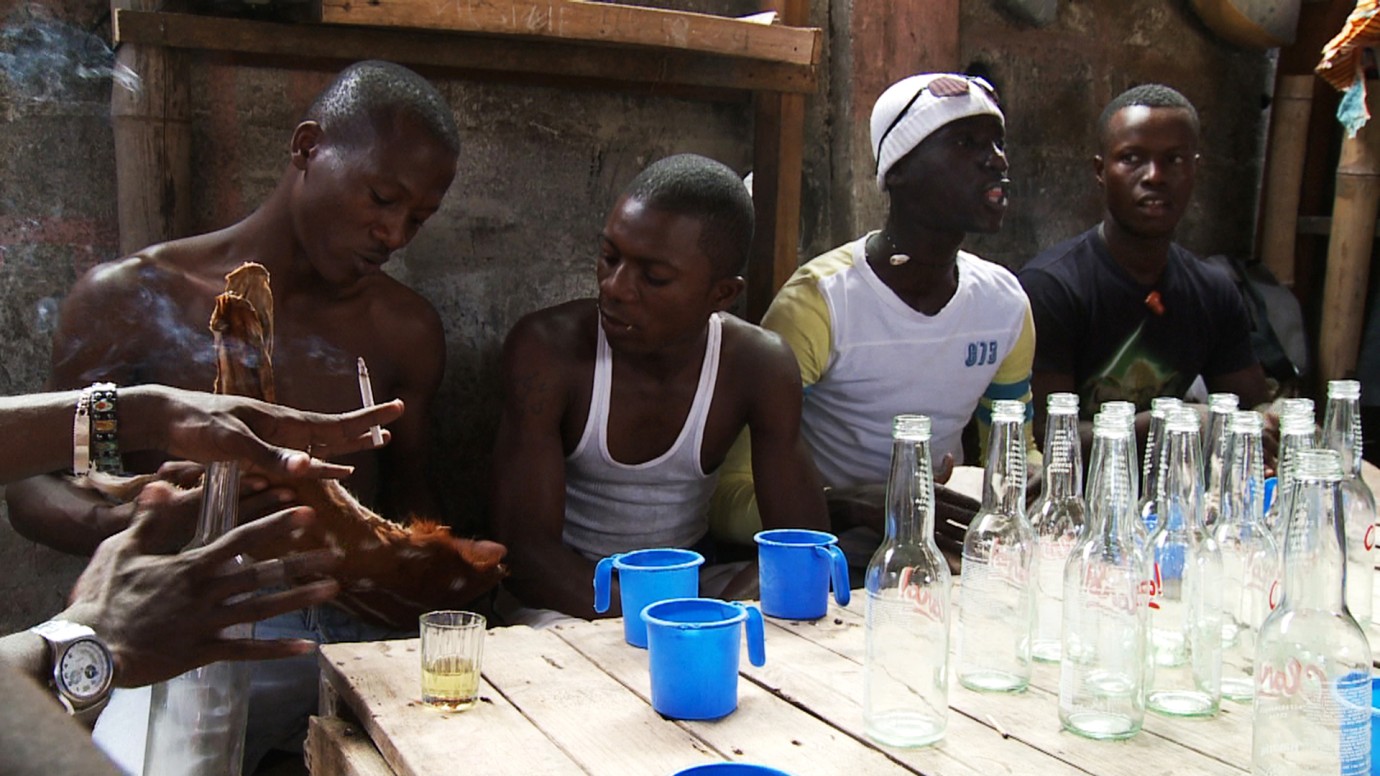 Tony ekes out a living selling cigarettes on the streets of Wassakara, a slum in Abidjan, Ivory Coast, and hopes to secure a better future by gambling. He lives with his sister, Ange. She too is unhappy in her job as a hairdressing trainee and works as a prostitute behind Tony’s back. Their elder brother Mike has a well-paid job in the police force which means he can help out his siblings from time to time. But mistrust, lies and the desire for independence make it hard for the three to see eye to eye. While Mike tries to find a decent job for his brother, Tony becomes embroiled in an escalating row over a stolen mobile phone and is branded a criminal.
A few months prior to the renewed outbreak of civil war in Ivory Coast, a group of actors, writers, filmmakers and crew from Wassakara came together to bring their world to the screen. The result is a mixture of nouchi, the youth jargon spoken by one of the protagonists, music, street dance and slam poetry that provides an atmospheric portrait of life in this neighbourhood.
by Lonesome Solo
with Abdoul Karim Konaté, Adelaïde Ouattara, Mamadou Diomandé, Souleymane Bamba Cote d'Ivoire / France 2012 70’