The Art of Concentration

In an interview, curator Maike Mia Höhne discusses films that find their distinctive language beyond the boundaries of fiction, animation and documentation, films that spark reflection on cinematic narration and that demand a moral stance. 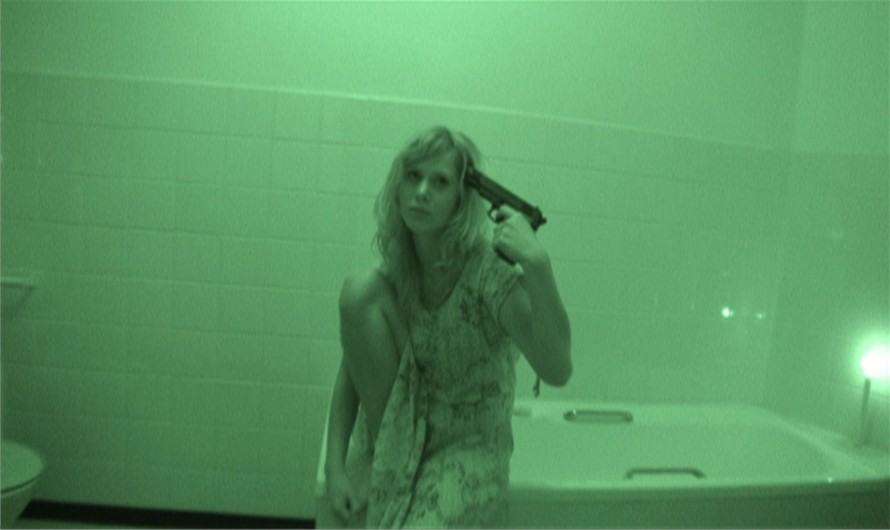 In the Press Release outlining your programme this year, you said that the leitmotif of Berlinale Shorts 2012 is “Say goodbye to the story”…

The programme is as diverse as ever, but if there is a leitmotif, then it is narration and the question of how narration can work in our time. Say Goodbye to the Story (ATT 1/11) by Christoph Schlingensief carries in its title what so many of the films explore – so it made sense to use that as a leitmotif.

PUSONG WAZAK! (The Ruined Heart! Another Lovestory Between A Criminal And A Whore) by Khavn De La Cruz is a wonderful example of that. Thoroughly aware of the cliché, Khavn De La Cruz satirizes this age-old story. There is a dialogue midway through the film, which reflects the independent approach of the director and at the same time the dramatic suspense of this conversation makes for great cinema. The director tells us a lot about life today in the Philippines, thereby finding its own very special, original language. We all talk about how we want to see “junge Wilde”, young and crazy talents on the screen! Here we’ve got one! By the way, Khavn already sat on the International Short Film Jury in Berlin in 2008.

Another example is the aforementioned Say Goodbye to the Story (ATT 1/11) by Christoph Schlingensief, which is a fictitious fragment. Schlingensief investigates the way a scene is constructed very carefully. He’s annoyed, he gets angry, recovers – he constantly interrupts the actors, asks them to repeat a scene again and again. He hereby deconstructs the scene and exposes the process behind the work. Relief comes in the form of a dance in the second act – it’s ecstatic and liberating. The third act features a murder – again and again - playfulness, opera, montage. The film has left the realm of realistic narration far behind and resorts to exaggeration, plunges into the power of opera. As a viewer one feels taken for a ride, and is forced to question what one is actually looking at; and also what one sees in other films, in which just the final result appears on the screen. Schlingensief bridges the gap between film imagery and the viewer, and buries traces that remain once the lights go on. 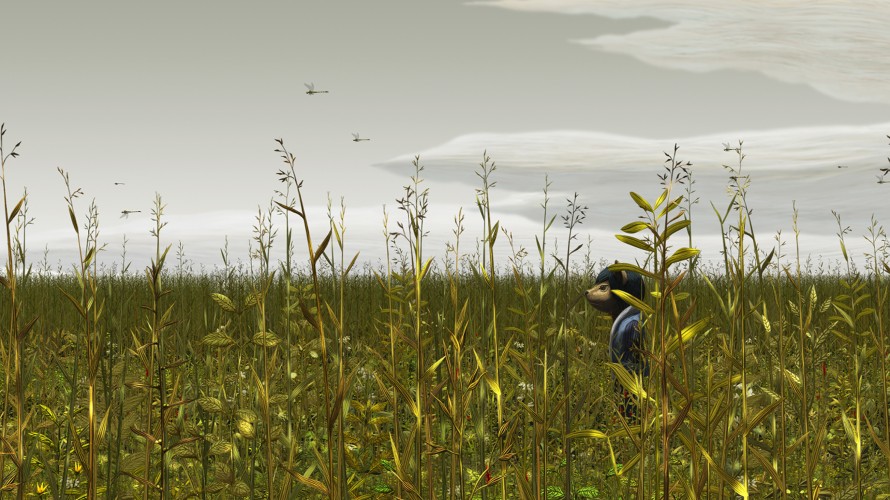 Few of the films in this year’s programme stick to a conventional plot template. Even if the narration is suspenseful, it remains quite diffuse – these films are very, very idiosyncratic in terms of the stories they tell and how they tell them.

This becomes especially clear with the animation film that aren’t to be understood in (linguistic-)logical terms. I would call LI.LI.TA.AL. (Looking Out), for example, an animated meditation. The director Akihito Izuhara, in his existential way, explores the themes of nature, the future and consciousness. In 2010, his film Akai Mori no Uta (The Song of Red Forest) was screened in the programme outside of competition. For LI.LI.TA.AL. he thought out a very unique language for the protagonist beings. First he writes the poems in Japanese and then translates them into the language of this fantastical land. The beings transmit their knowledge through verse. And the more often they speak in verse, the closer they come to death, that’s just part of it. This expression becomes a crystalline material, it solidifies. The material is death. Burial of the crystalline verse of the LI.LI.TA.AL.s belongs to the ritual of life, as well as death. 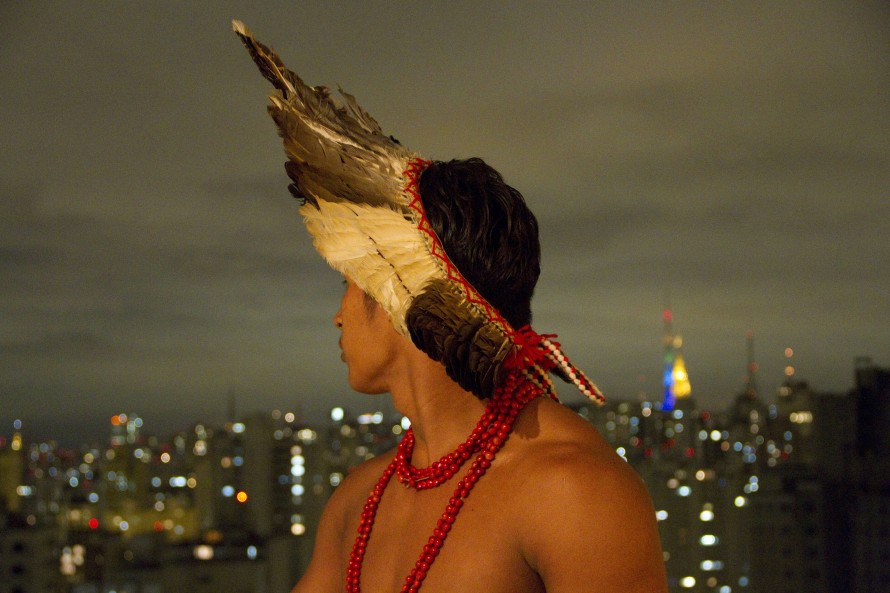 The art of concentration

In 2011, you said you loved short film because it touches on topics, instead of explaining them to the end. It remains unfinished, sketch-like.

The art of short film is the concentration on the moment. An example: The film impossible exchange, a video art project from Lebanon, is a documentary fragment, with philosophical import. A minimal moment is conjugated so that the short scene is transferable to something else – the great is mirrored in the small. A further aspect: impossible exchange plays with text in film, using it to communicate instantly what is going through the filmmaker’s head.

The Lebanese have their own video art scene, for which they are renowned worldwide. impossible exchange shows that the production budget doesn’t immediately impact the quality of the content. This film cost mostly time and thought. Great works can be created independent of the level of financing. Sketches that inspire one to carry on, to think. That’s a possible quintessence that one can take with you from the many different films. Erotic Fragments No. 1,2,3 from Thailand and France seduces through their idea and the simplicity of their execution. Anucha Boonyawatana filmed three digital postcards: not just of famous temples or other touristy places, but places where movement and change are occurring, three passages that tell the story of life today in excerpts. Rüdiger Neumann laid the groundwork of this concept in 1980s West Germany when he travelled randomly through the country in order to send his girlfriend in the USA a realistic picture of the era – an archive of glimpses.

In a different way, the film continues in the viewer’s head…

I think that many of the films demand a moral stance and a position from the viewer. Mah-Chui (Anesthesia) is such a film for me. When the main character – a young nurse – observes a doctor raping helpless, drugged women in a hospital, she wants to intervene immediately. She tells her colleagues in order to report it to the police together. But they have objections. The protagonist meets the women who were raped, bringing misfortune upon them and herself. There is an absolutely tragic moment when one of the victims says that she has been waiting for a child for years. She wishes she had never known about her rape, so that she could have carried the baby. That’s how the entire social environment remains passive – for various reasons. The colleagues don’t want to inform the police, because they could blackmail the hospital and the victims are unable to bear any more humiliation. And so the main character has to go a step further. It’s not enough that she already has video evidence.

The End stands out from the other films. It seems more self-contained with an arc of suspense in a classical three-act structure. Through digital technology and a sophisticated morphing process, it’s possible to alter or exchange faces in films. In The End Charlotte Rampling is replaced by younger actresses in her own films.

This is great narrative cinema at its finest. We all know the situation for actresses: if you’re over 30, things can be difficult. Formally, The End is less interesting, because it’s shot very much in a classical style. The cast and acting are extraordinary. Charlotte Rampling is outstanding in her search for herself. The main role simply couldn’t have been filled by some no-name actress - to portray a woman who is famous at some point. The director Barcelo takes Charlotte Rampling, and switches her role from “casted” to “replaced”. He substitutes Rampling in her own films with other actresses, all of whom are stars in France.

We see that the French can also make very unconventional cinema with Vilaine Fille Mauvais Garçon (Two Ships). The film is less strict than The End. Rather, it’s wild and crazy, also in terms of the camerawork. The camera sweeps across a party and observes the reveling guests. The French always made very classical short films in the style of The End. But here, suddenly, comes something different. The filmmaker of Vilaine Fille Mauvais Garçon, Justine Triet wasn’t educated at a film academy, but comes from art school and, as a fine artist, has another view of her subject and how she wants to depict it. 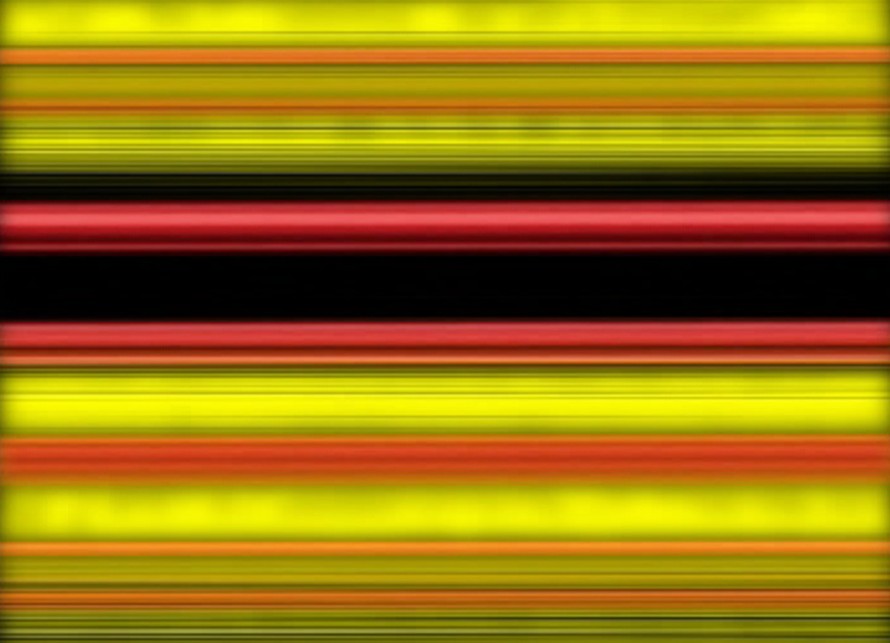 How important are the discussions with the filmmakers following the premieres?

The discussions are important as they complement the film, which every viewer constructed for himself, depending on his mood. The discussions expand upon what has been seen, and signify an additional, deeper step into other worlds. The directors in Berlinale Shorts are seldom first-time filmmakers, but have been developing their own aesthetic language for some time. They can talk about their search during the Q&A session. This has worked very well in previous years.

In this situation, such a tender and poetic film like Enakkum Oru Per (I Too Have A Name) from Sri Lanka will work well: a mother tries to hide her daughter in a monastery, but the army’s advance isn’t even halted by the church – she has to go one step further and find a place that belongs only to her and her daughter. Similar to Ein Mädchen Namens Yssabeau, the filmmakers transcend and leave behind the realistic portrayal of reality, in order to find their truths in other spaces, which also belong to cinema. The festival wants to embolden filmmakers to continue to develop their own cinematographic style.

I understand one of my tasks to be to support and give space to the delicate, sketchy attempt that carries something unique and strong within itself. And – just like the winner of last year’s Golden Bear, PARANMANJANG (Night Fishing) by PARKing CHANce, PARK Chan-wook and PARK Chan-kyong from Korea showed – it’s not about the length, but the form, the idea and the knowledge. 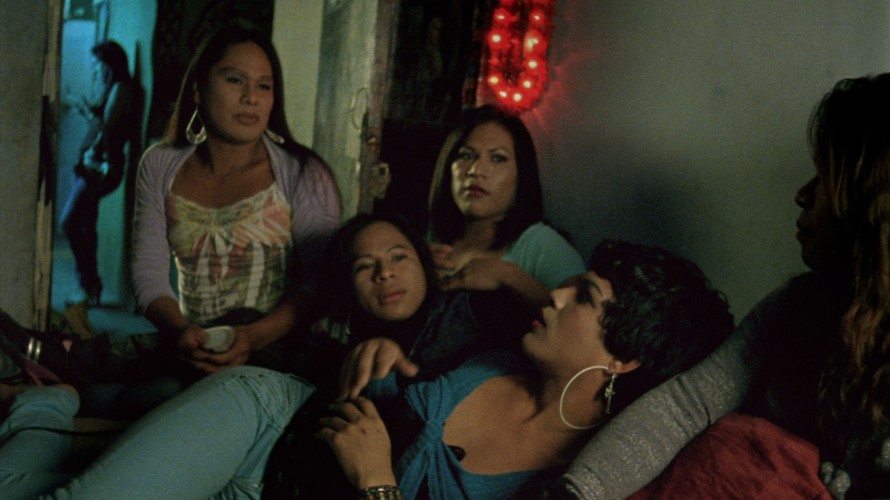 Claudia Llosa, who won the Golden Bear with her feature La Teta Asustada (The Milk of Sorrow), presents Loxoro in the Berlinale Shorts. Loxoro is the language of transsexuals in Peru. Lllosa’s film tells the story of a mother who is searching for her daughter. It is nighttime. She is desperate and roaming through bars, tries to cross boundaries and is thrown back into the transsexual scene. Where is she safe, is there a place for her? Will she see her daughter again? The night is blurry…

That’s true. The filmmaker and artist David O’Reily won the Golden Bear in 2009 for Please Say Something. He’s a hero in his scene. At the Berlinale 2008 he was awarded a Special Mention for RGB XYZ . Sandra Hüller was at the Berlinale as an actress with two films last year: Brownian Movement by Nanouk Leopold and Über uns das All (Above Us Only Sky) by Jan Schomburg. She won the Silver Bear in 2006 for her role in Requiem by Hans-Christian Schmid, who is participating in this year’s festival Competition with his new film. The third member of the jury, artist Emily Jacir presented her work at Venice and won the Golden Lion there. Her latest work will be shown at this year’s dOCUMENTA (13). She often works with the medium of film and video. I am really excited to see the discussions between the members of the jury.