In 2012 Generation enters its 35th year and for the second time will have its very own festival venue – the Haus der Kulturen der Welt. Section head Maryanne Redpath and her co-director Florian Weghorn talk about the joy of young people discovering their sexuality, cultures that have nearly been destroyed and the complexity of a happy ending. 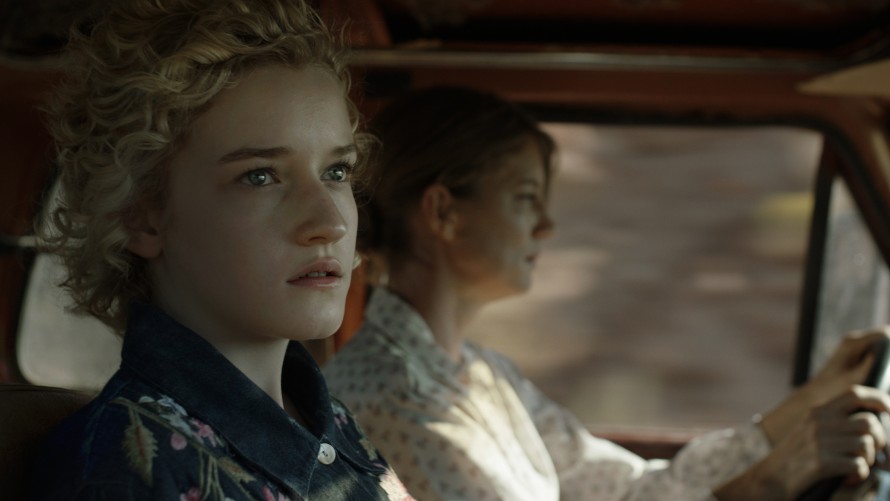 Film stills from the Generation programme 2012

Maryanne Redpath: That’s true. You see breaking out, breaking away in many of our films. Many of the young protagonists follow their dreams, they are fleeing a structure – social, cultural or political – in which they feel trapped. In the 14plus opening film Electrick Children directed by Rebecca Thomas, the straight jacket is religion. The main character has been raised Mormon, very strict, very chaste. At age 15, she believes she has gotten pregnant by listening to a forbidden song. She breaks out of her family enclave and heads for Las Vegas. There, she gets together with a punk band, young people for whom music, drugs and sex are part of daily life. The girl encounters this scene with all her naiveté and faith and manages surprisingly well. She possesses an inner calm and at the same time is on a quest for herself. Step by step, she gets closer to what lies beyond the boundaries of her upbringing.

How is Las Vegas depicted?

MR: It’s loud, garish, commercial, the exact opposite of the place she comes from, where there are no music or neon lights.

Florian Weghorn: Her first association with Las Vegas is a biblical phrase: “In the beginning was the word”. She perceives the city from the perspective of a believer. She sees forests of neon signs full of words. Two worlds intersect and commonalties emerge.

MR: It is an entertaining film. It carries you along. The main character is a bearer of hope. She’s shown in a very positive light with all her problems that are perceived as challenges. She copes with the situation, undergoes a change and determines the course of her own life. 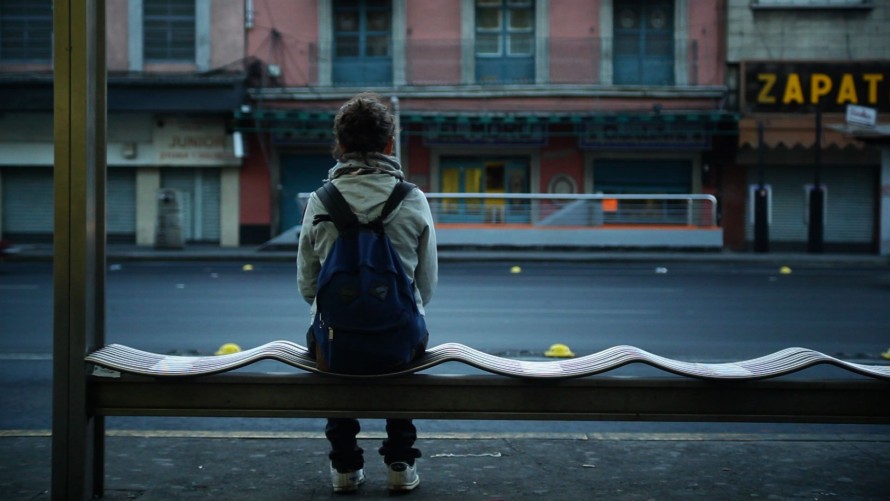 The protagonists embark on a journey?

FW: Yes, in both their inner and outer lives. It’s no wonder that the road movie is such a popular cinematic format in our section. In Un mundo secreto (A Secret World), Gabriel Mariño brings the girls together with the viewer on a trip through Mexico. She’s running away from things that she wants to leave behind, but she also has her eyes on a very clear, secret goal. In the beginning she is totally turned in on herself, a quiet girl, auto aggressive to the point of abuse. She can only express tender emotions in her diary. It’s only on her trip that she learns how to give an inner desire an external shape and to articulate it to other people. Coming of age stories can describe the path the characters take to find themselves, but also the process that the viewer experiences together with the character.

Many characters in the films seem as if they were from a different time, or as if they moved between different epochs. Like in Maori Boy Genius...

MR: Issues surrounding the culture of the Maori are very current, even if the culture itself is very old. The film portrays a young man who uses the strength of this ancient culture in his own life. In this sense, the film is similar to Nosilatiaj. La Belleza (Beauty) by Daniela Seggiaro in 14plus. In both films we see protagonists who live in indigenous cultures that have nearly been wiped out by colonialism. Today, once again, there are young people who care about these old cultures, and who are searching for their roots in order to strengthen their identity and guard their heritage.

In the case of Maori Boy Genius (14plus) the now 17 year-old boy was as a baby selected by the tribal elders to be the leader in the struggle for rights. Pietra Brettkelly’s documentary shows us his childhood – his first language is Maori, he starts learning English at four – and his path to Yale, where he wants to study law, ethics and politics. He unites two worlds, his original culture and the Western world. He is convinced that this encounter will result in change. He is therefore a great role model and it will be really interesting for our Berlin audience to see how a highly talented 17-year-old is being treated like the next prime minister of New Zealand. 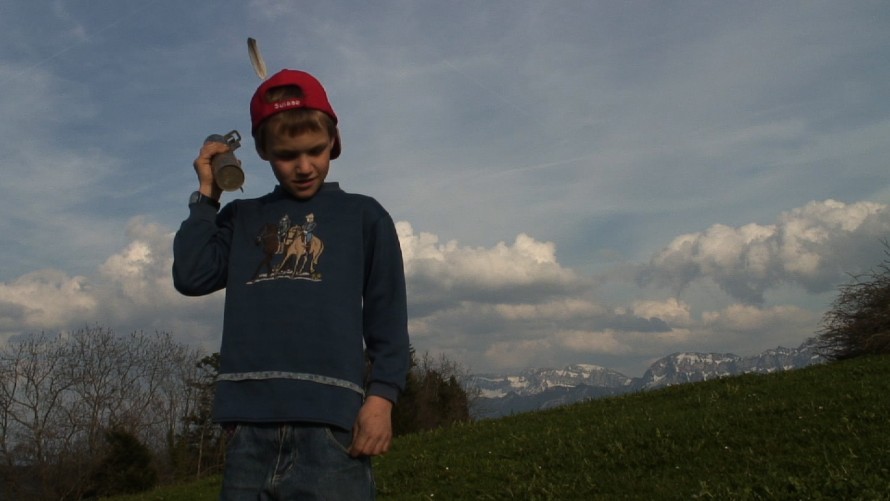 Die Kinder vom Napf (The Children from the Napf), the Kplus opening film, depicts a very isolated culture, doesn’t it?

FW: Yes, the director calls the region around the Napf the “Wild West” of Lucerne. Her documentary portrays 50 children growing up on mountain farms. She follows them on their way to school, which they can only reach with a cable car. A gentle undertone of the film is the question of whether this isolated existence has a future. What is it like to live with the knowledge that your home can offer you a wonderful, in its own way, exotic childhood idyll, but cannot be the place that you can live for your whole life? Early in the film, the children ask: What can we do to make the village more known in the world? In its own way, the film is an answer to that question.

Magi i Luften (Love Is In The Air) by Simon Staho

The discovery of sexuality

A further theme in this year’s programme seems to be sexuality...

FW: Yes, but that’s not unusual. The discovery of one’s own sexuality is a central part of growing up. The films in the programme don’t scandalize or dramatize anything. In the aforementioned Un mundo secreto, sexual emancipation is a crucial moment in the protagonist’s self-realization. In order to assert herself, she has to find her own way of dealing with sexuality. Joven & Alocada (Young & Wild) by the Chilean filmmaker Marialy Rivas (14plus) introduces us to a character who uses sexuality as a weapon to free herself from her strict, evangelical family. Beyond this conflict, she develops an imaginative, inquiring way of bringing totally different generations together.

MR: Young people want to experiment, test their boundaries, and that’s a passionate, hormone-driven learning process. The sexual always is a sign to society, religion, the strictness of one’s upbringing, the parents: I rebel, cross the boundaries of what is allowed. And some films are as hormone-driven as the characters themselves, like the musical Magi I luften (Love is in the Air).

FW: Exactly, Magi I Luften by Simon Staho in 14plus, is a touch too loud, too colourful and too extreme. As a film that is so young in formal terms, it might tread a little too close for comfort in the eyes of some adults – that’s its truly special quality!

MR: Cultures treat sexuality very differently. The Turkish film Lal Gece (Night of Silence) in 14plus addresses sexuality in the context of traditional rules and rites. The director Reis Çelik depicts the wedding night of a 14-year-old girl and a much older man. It is a forced marriage, which has been arranged by the fundamentalist community they live in. What is special is that the film not only shows the suffering of the girl, but also the pressure burdening the man. In Lal Gece, sexuality is only suggested and comes across as a threat. The next day, the man must prove that the newlywed couple has slept together and that she was a virgin. The girl uses every means at her disposal to delay the act.

Beyond the quality of the film in question, are there themes or types of representation that you categorically exclude?

MR: Few themes are taboo in the selection process. Basically, we look at the films we like and ask ourselves which age group they are suitable for. Within a competition - Kplus and 14plus - the spectrum is vast and the age recommendations are therefore very specific to the film. For example, we would never confront very young children with the Bolivian film Pacha by Hector Ferreiro (Kplus), because the visual language and the topic are too complex. We ask our viewers to take our recommendations very seriously. This also applies to 14plus – in which this year our age recommendation for two films is 16 for the first time. 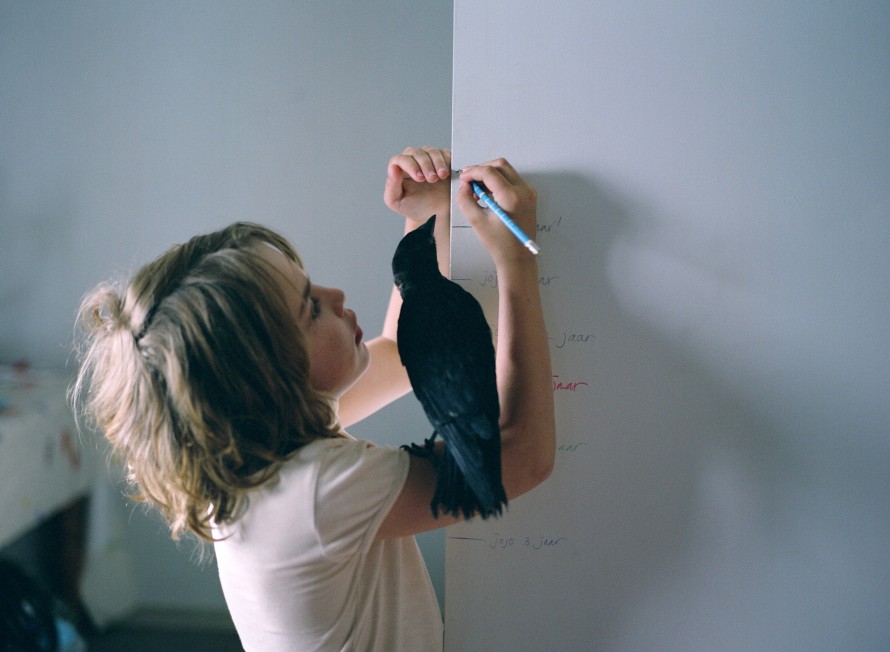 “A different kind of happy ending”

Let’s talk about the family again. Many of this year’s films seem to be distinguished by the absence of one parent.

MR: Thankfully, the desire for the untainted world of the family and a happy ending is especially strong among younger children. If things look like they are going to end badly, the young characters in the film must take action.

FW: Rommel Tolentino’s Nono, a Filipino film in Kplus, depicts various characters who come together in a patchwork family. If a family member is missing, there is an intense desire to fill this empty role.

MR: “Family” in the broader sense of the word also means the place where one feels at home. This has to do with one’s beliefs, with one’s origins. It relates to places of retreat, in which one feels secure. The classic family model is just one of many. The young protagonists search for suitable alternatives and the viewers also articulate this interest in the audience discussions.

FW: A different kind of happy ending is also possible. A positive ending doesn’t necessarily mean the reestablishment of conventional or seemingly harmonious models, but can mean simply learning how to cope with a difficult situation. In Kauwboy by Boudewijn Koole the mother is missing from a family and the story shows the process of coping between son and father. Both mourn in their own personal way. By the end the mother hasn’t returned, but father and son have found their common way to cope with her absence. That’s also a happy ending.

2012 is the section’s 35th birthday. Have you planned a little celebration?

MR: It’s a nice age, which is linked to so many experiences and stories. We’re relaxed about it. We haven’t planned any celebrations and will just keep looking ahead. But if someone wants to bake us a cake, that would be great!