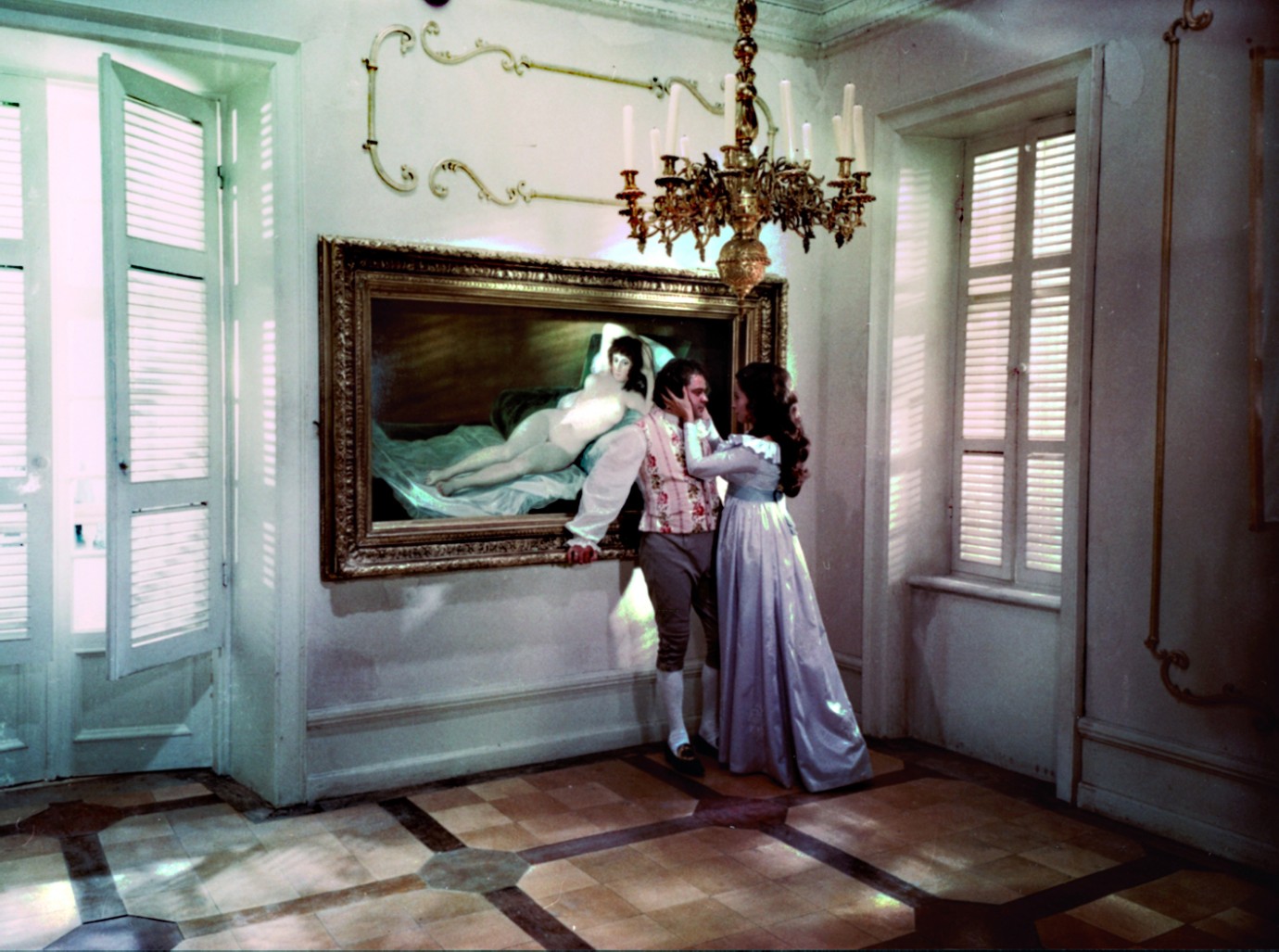 © PROGRESS Film-Verleih/ Photo Arkadi Sager
Don Francisco de Goya y Lucientes is an esteemed and wealthy painter at the court of Spain’s King Charles IV. But Goya is a man of contradictions, vacillating between his loyalty to the king and his love for the common people, between being faithful to his wife and his passion for the Duchess of Alba. A friend leads him to make the fateful acquaintance of a singer named Maria Rosario, whose songs are a harsh indictment of the sufferings of the Spanish people. Before long she is brought before the Inquisition on charge of sedition; the painter is invited to observe her trial as a warning not to stray from official paths. Goya eludes persecution but from this moment on he is under constant surveillance from the Inquisition. An opulent literary adaptation that is also an allegory for the present. Goya’s difficult path to enlightenment is also reflected in its choice of artistic approach: although the work begins as a lush production à la Hollywood, at the end it concentrates entirely on the figure of the lonely, conflicted Goya. Konrad Wolf’s work premiered at the Moscow International Film Festival in 1971 where it received the Special Jury Award; the film has to date enjoyed three different Berlin International Film Festival screenings: in 1977, 1992 and 2009.
by Konrad Wolf
with Donatas Banionis, Olivera Katarina, Fred Düren Germany (GDR 1949 to 1990) / UDSSR 1969-71 134’