© Pathé
Under a monkey-bread tree in the heart of Africa children listen to a wise old man who tells them the story of young Maki who runs away from a slave trader and makes friends with a giraffe named Zarafa. Shortly afterwards the giraffe is caught; he is to be given to the French king as a gift. Maki refuses to let this happen. He promises the giraffe’s mother that he will bring Zarafa back to her. Accompanied by a desert prince named Hassan and a balloonist named Malaterre, Maki undertakes an adventurous trip by balloon over the Mediterranean and the snow-capped Alps to Paris, where the arrival of the first giraffe on the European continent is a great sensation. It soon transpires that Zarafa doesn’t belong in the city. Determined to keep his promise, Maki tries to find a way to save Zarafa. Rémi Bezançon and Jean-Christophe Lie’s picturesque animation film is based on a true story: in 1827 the first giraffe in Paris (her name was Zarafa) did indeed receive a rapturous reception.
by Rémi Bezançon, Jean-Christophe Lie France / Belgium / Belgium 2011 78’ empfohlen ab 7 Jahren 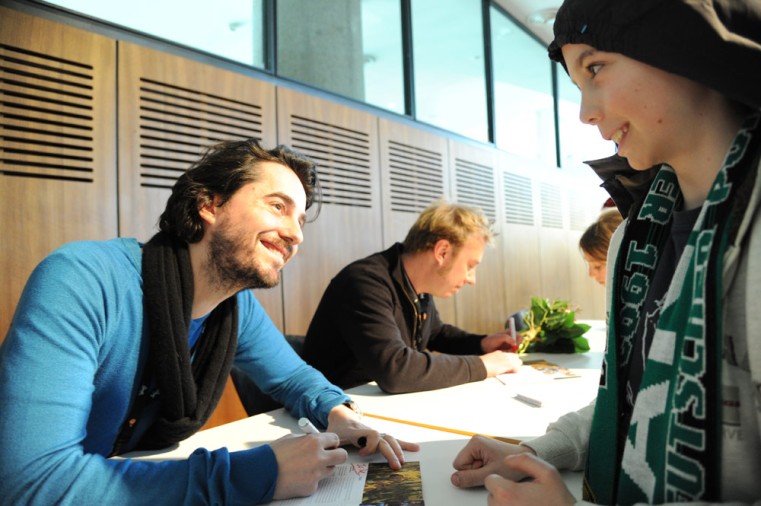