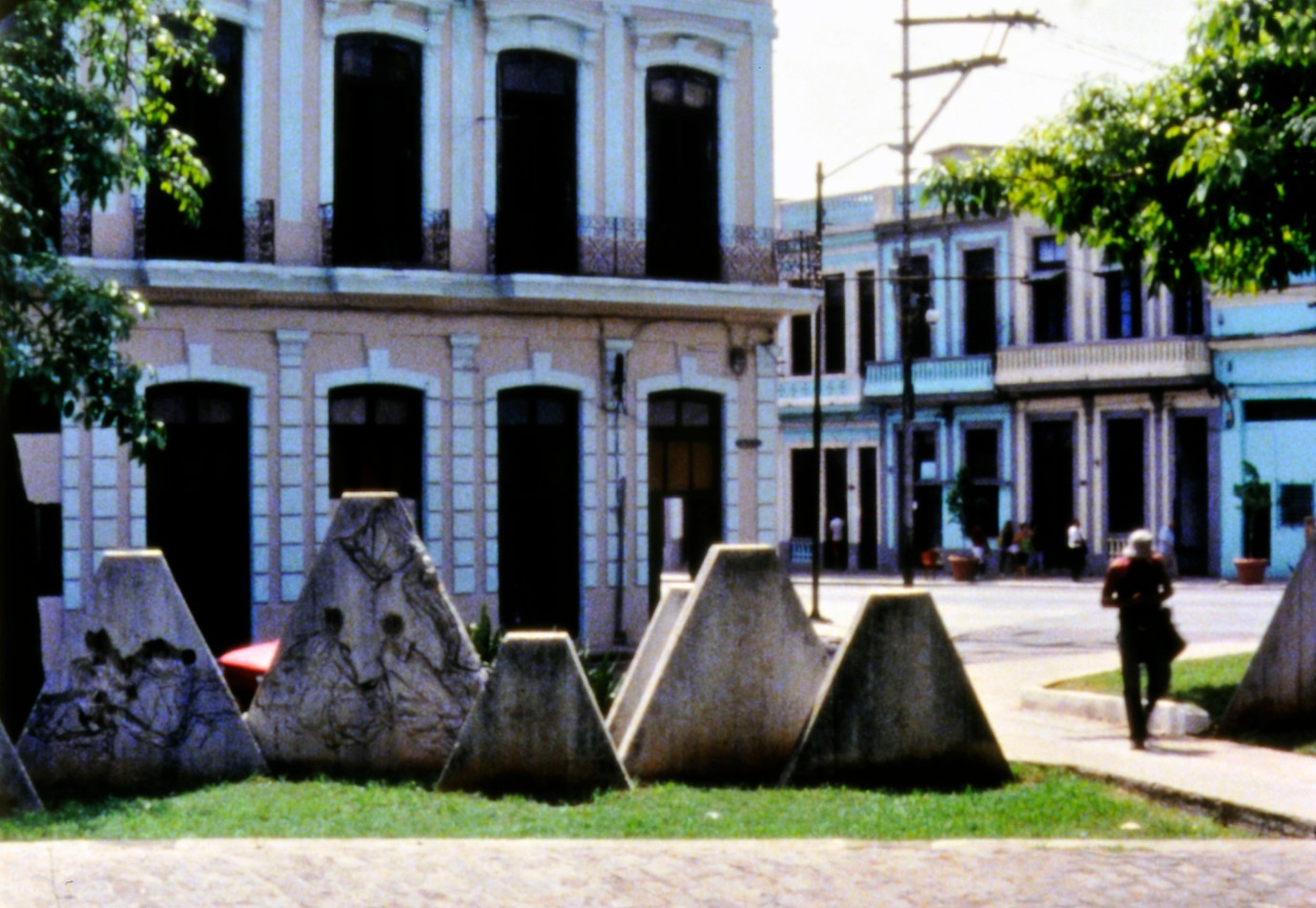 The film traverses Cuba from Havana to the Sierra Maestra, ending at the jetty where the young revolutionaries first arrived in 1956. Using post revolutionary monuments as coordinates, it follows, in reverse, the trajectory of the guerrilla movement that brought Fidel Castro to power in 1959. The basis of the film’s structure and rhythm relates to extracts from 'History Will Absolve Me' a speech given by Castro at a trial in 1953. Each letter of the speech is translated into a single frame of film; each word is translated into a shot.
by Adriana Salazar Arroyo Germany / Costa Rica 2010 7’