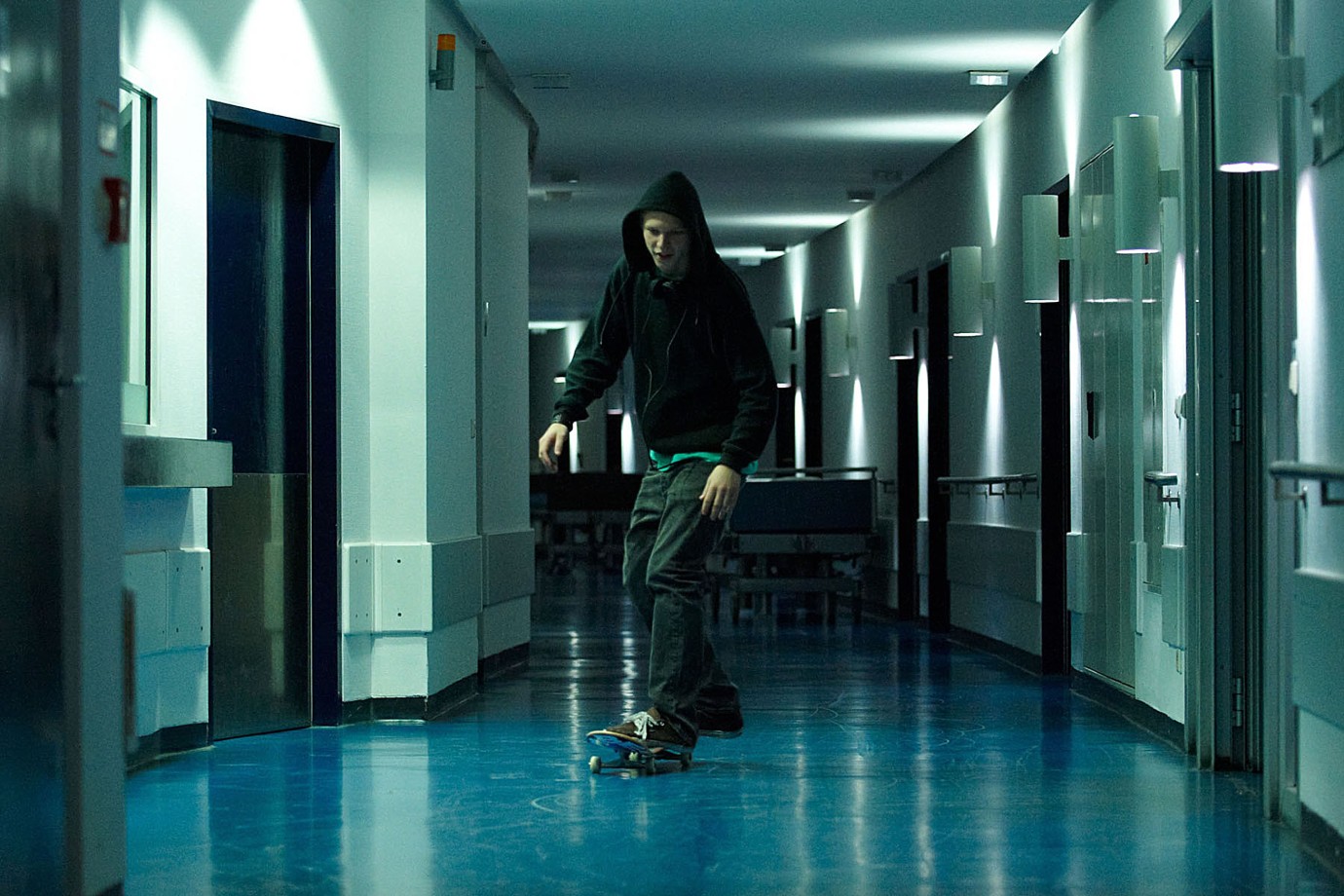 A man travels to Berlin because his ex-girlfriend is in a coma. He has brought their son Manuel with him. The two stay in the ailing woman‚Äôs apartment. While his father makes frequent visit to the clinic, Manuel feels out of place there. He prefers to wander through the wintry city on his skateboard. It is an immobile, mute body that serves as the focal point of the film: the body of a comatose woman. A body between life and death, which induces unease and insecurity in both father and son. They, too, function primarily as bodies. Bodies (almost) without language, which are unable to relate to one another. The son is preoccupied with the libidinous upheavals of adolescence. The father has age-related physical complaints. Thus: there is skateboarding, masturbating and loud Berlin rap music for the one, gentle relaxation techniques and televised sports for the other. And then there is the body of their flatmate Kim, whose personal items serve as fetishes for Manuel and who awakens sexual desire in him. A somatic film. In other words: a masterfully orchestrated confrontation of diverse body images with a climate of emotional distance and the chill of the city.
by Hugo Vieira da Silva
with Kai Hillebrand, Ralph Herforth, Maria Schuster Germany / Portugal 2011 126’