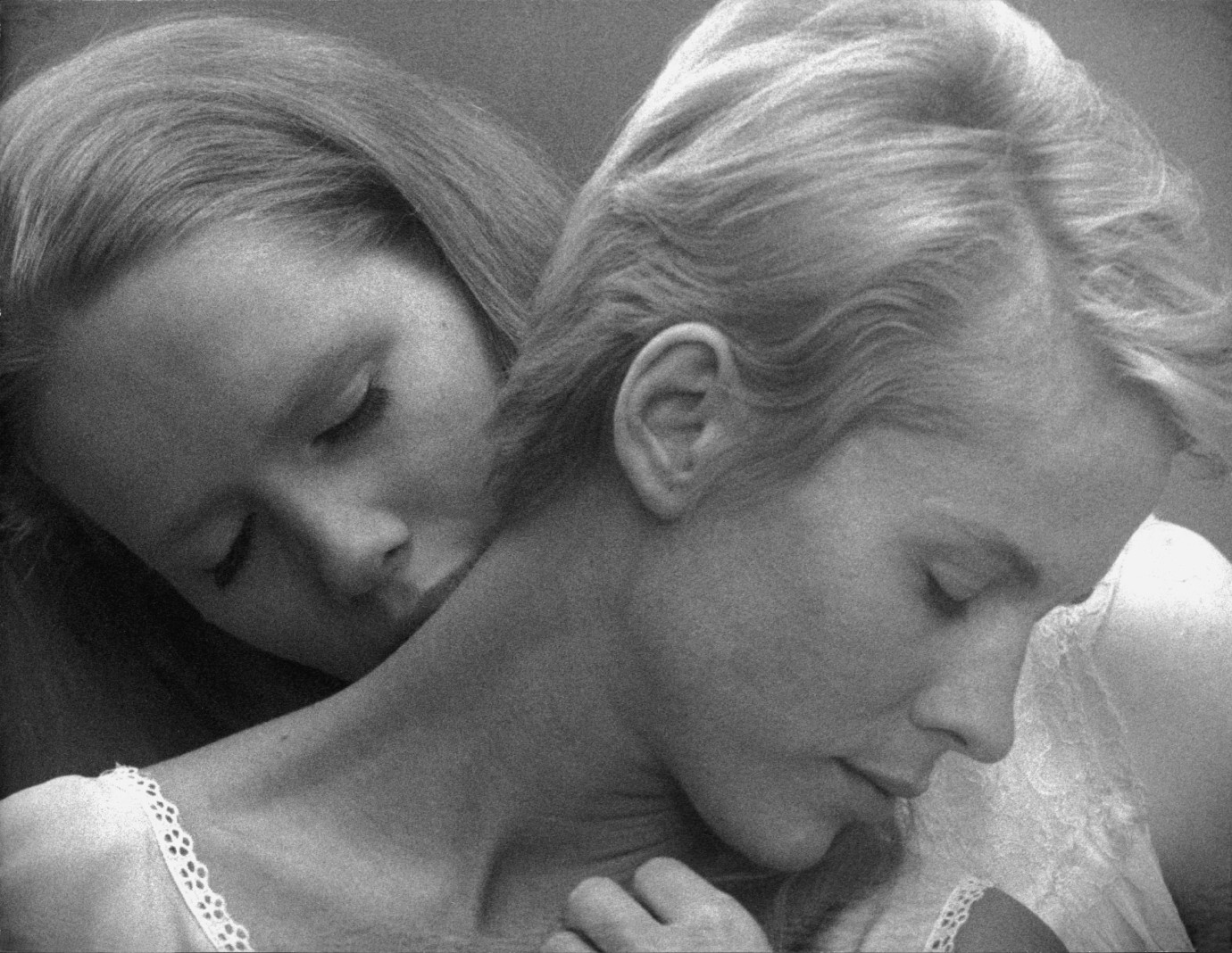 The intimacy is deceptive, however, for the actress begins to dominate Alma. When Alma reads an unsealed letter Elisabet has written to her doctor, she recognizes the arrogant way in which the actress “studies” her. Alma’s admiration turns into outrage and loathing: she deliberately leaves a piece of broken glass on the ground, causing Elisabet to injure herself, and fights constantly with her. At the peak of their conflict their two faces converge into one. A breach between them seems inevitable.

PERSONA marks a turning point in Bergman’s oeuvre: due to the profound psychological exploration of the two protagonists, the film remains one of his most discussed films.
by Ingmar Bergman
with Liv Ullmann, Bibi Andersson, Margaretha Krook Sweden 1965/66 83’