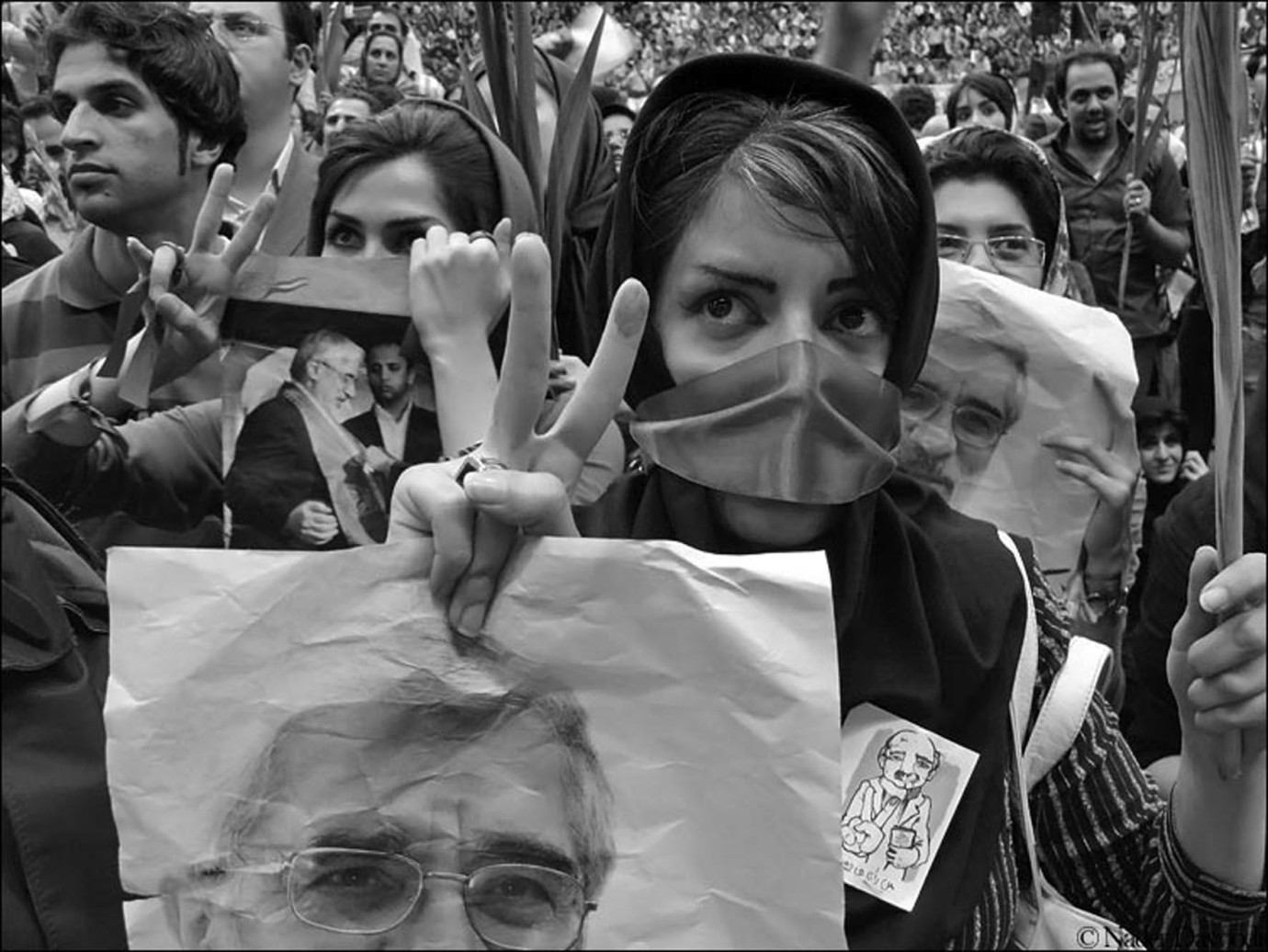 Last year, the international community was alarmed by the events that occurred in the wake of the tenth presidential elections in Iran and the eyes of the world’s media were all turned towards what was happening in this country. During the course of a few days – the most violent since the Islamic Revolution – more than 65 people died. The international community began to wonder what could have caused such widespread dissent and such a vehement clash with the government.
The documentary RED, WHITE & GREEN focuses on the last three weeks prior to the elections in June, 2009. The film shows fifty-eight minutes of images of the Iranian capital as it has never before been seen. Perhaps the most moving aspect of this film is the enormous sense of optimism expressed by most protagonists with regard to the upcoming elections – little could they know that many of them would experience a rude awakening.
In his film, the director conducts interviews with a number of important personalities, several of whom have since been arrested following the elections. The interviewees include journalist and opposition member Isa Saharkhiz, as well as the renowned director Jafar Panahi, whose football film OFFSIDE was screened in Competition at the Berlinale in 2006.
Production notes
by Nader Davoodi Iran 2009 57’