The Taste of Truth

A gourmet has died and is presented with the choice between heaven and hell. As he prefers the sinful, he chooses hell and asks to see the dining room. There he finds a banquet of the most delicious foods from around the world. His mouth begins to water. But the guests are scrawny and frustrated because they have forks that are longer than their arms. They have no way of getting at the food.

The hungry gourmet asks to see the dining room in heaven. His wish is granted. Behind a huge door, a similar picture emerges: a huge buffet with the finest foods. But here people are well-fed. They laugh and chat warmly with one another. They also have huge long forks but they feed one another with them.

Slow Food founder Carlo Petrini likes to tell this story in order to describe human happiness. Eating is a social act. We depend upon one another and live within networks – not just of communication but also food chains. These networks have been destroyed: Every sixth person on earth suffers from hunger and at least as many are overweight. This is one of the bitter truths in the global dining room.

In 2000 the UN resolved, as one of its Millennium goals, to halve the number of hungry by 2015. At halftime, the charity Deutsche Welthungerhilfe reported on October 14, 2008 that the number of hungry people continues to rise. The organisation is calling for ten billion euros of investment in agriculture in poor countries. A modest sum compared to the billions that were made available to banks within a few weeks. But how should these funds be invested?

That is the opposite of the measures that were recommended in the UN world agricultural report on April 14, 2008. It said that the decisive factor in fighting hunger was not increasing productivity at any price, but making food and the means of producing it available locally. One should invest in sustainable, small-scale farming, strengthen regional structures, and reduce the use of fossil fuels and chemical fertilisers. 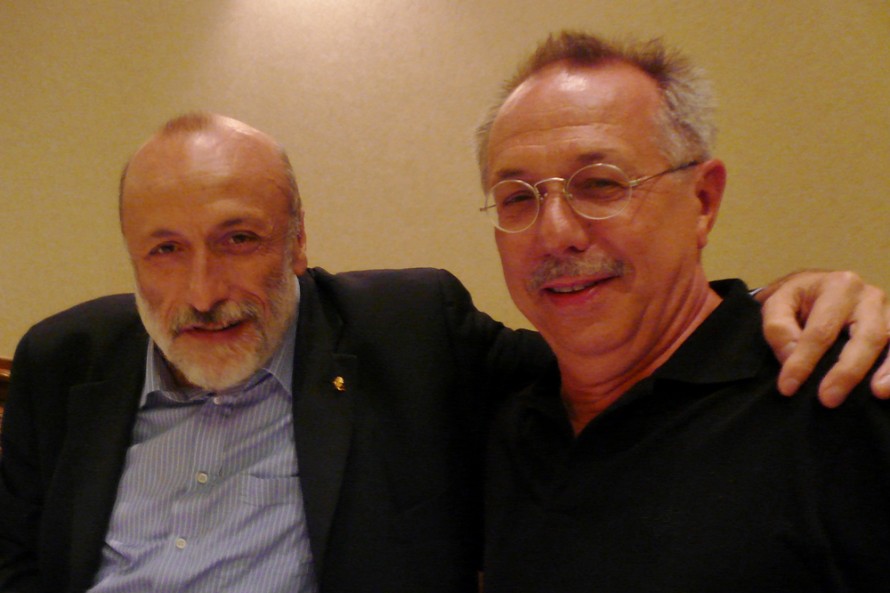 The official UN recommendations correspond to the core of the Slow Food philosophy, which supports returning to local and seasonal products. For Slow Food producers and eaters, it’s not just about “organic” but also about the origins and transport conditions of the food, as well as the farmers and workers who produce it. Who wants to eat tomatoes, for which the picker receives two cents a kilo, even if they are “organic”.

It’s not just food journalists that have observed that the relationship between food and people is changing rapidly. Food is not just about taste and health anymore, but also the basic life resources of land, water, air and genes, which were previously common property. Today they are the objects of speculation on international markets.

It’s unclear whether the next G8 summit in Sardinia in July 2009 and the Kyoto 2 conference in December 2009 in Copenhagen will see a change in policies. Citizens can make their voice heard via the voting booth.

They can also influence food politics by voting with their forks. Three times a day, those of us who are not starving, can decide for ourselves what we want to eat. What and how we eat has consequences for people as well as biological and cultural diversity.

But voters need to be informed. The Culinary Cinema 2009 shows a selection of current documentaries on the theme of nutrition, health and the environment. The truth sometimes leaves a bitter taste. But perhaps those of us who don’t close their eyes, but take care of their fellow human beings, will end up at the heavenly banquet, feasting as in the fable of the long forks.