Looking back over 30 years of Panorama Wieland Speck talks about interconnections between the films and their socio-political contexts: “We look in this treasure chest and are happy to discover that none of the themes we tackled then have lost their relevance today.” Alongside current feature and documentary films, this year’s programme includes historical Panorama films as well as all ten previous winners of the Panorama Audience Award. The consequences of globalisation are explored from a personal point of view, giving viewers insight into the relationship between tradition and the possibilities offered by new visions of life, which don’t exclude critical questions on the (self-)image of modern Europe. 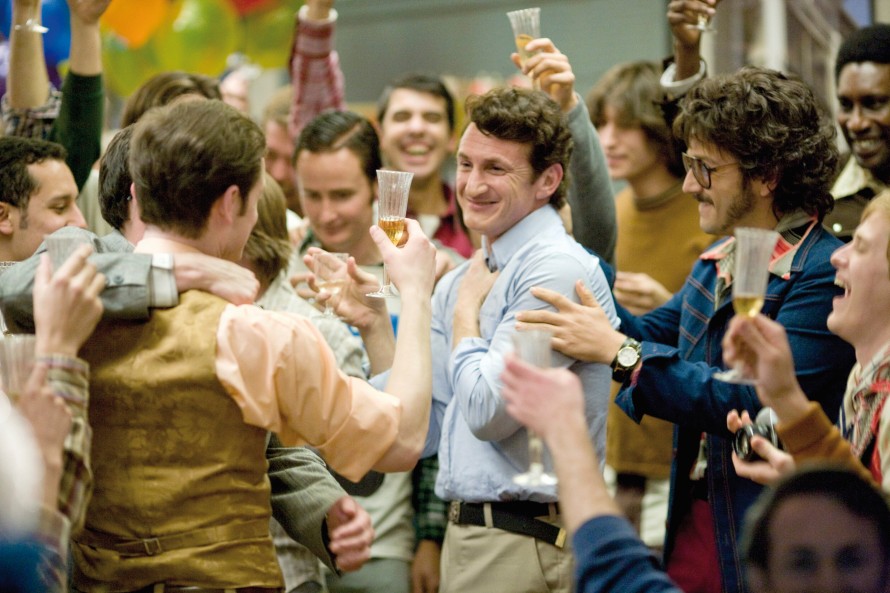 The Panorama wouldn’t exist today without Manfred Salzberger, at least not in this form. To what extent does his legacy play a role in the programming today?

WS: You could say that, without Manfred Salzgeber, I wouldn’t be here and that would have also had an impact on the programme (laughs). Salzgeber injected the prevailing spirit in Berlin at the time into his programme, because he was very close to the cinema scene. He saved old neighbourhood cinemas that were under threat from becoming replaced by supermarkets. The transformation of the cinema scene also carries Salzgeber’s signature, because it was the small theatres that were saved by him, including the Arsenal, that showed the films of the new German filmmakers. Today a filmmaker has to cope with more pressure than ever to make a success of their film at the festival. We try to give the individual films as long a life as possible. Reaching this goal is our biggest challenge and requires a lot of intuition.

This intuition runs very close to the pulse of the times. Your programming is also very dependent on what preoccupies or moves societies around the world.

Yes, on the one hand we allow ourselves to be guided by a view of what is happening in a society. On the other hand we try to sense something political or aesthetic that hasn’t surfaced completely in the consciousness yet, but which will influence the mainstream in the near future. A considerable part of our work is our cooperation with the European Film Market, through which we hope our films will experience increased international exposure. To be able to give the festival films a life on the world market beyond the Berlinale, was the idea out of which the EFM originated back then.

The changes in the queer film scene and societal treatment of different sexual orientations are easy to trace in the Panorama programme of the last 20 years. This year you are showing early as well as current films that more and less relate directly to or accompanied the history of the gay movement. What conclusions can one draw from looking back or what affect can it have?

This social group lacks historical consciousness and these films are an excellent way of filling this gap. Looking back into this treasure chest today, we can see that the themes that we tackled then have lost none of their relevance today. This is displayed by the interesting entanglements and overlapping of the films in this year’s programme. For example, in 1985 there was a documentary about Harvey Milk which later won the Oscar. This year, Gus Van Sant, who presented his first film in the Panorama programme in 1985, is coming with his new film Milk in which Sean Penn plays the very same Harvey Milk. 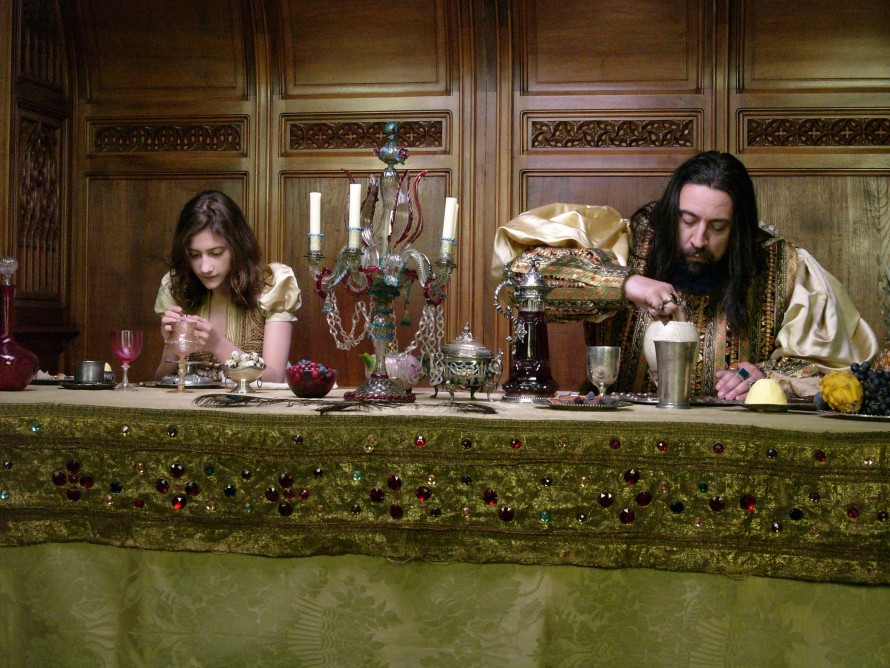 Similar is the case of the great feminist Catherine Breillat, who showed her first film Tapage Nocturne with Joe Dallesandro in our first year in 1980 and is represented this year by her new film about Barbe bleue (Blue Beard). Dallesandro is also coming to Berlin with the new film portrait Little Joe. And so the interconnections don’t only apply to queer themes this year, but also connect to the feminist world. Two things that are observable side by side, which always benefit an emancipated worldview and analysis.

The second anniversary that the section is celebrating is ten years of the Panorama Audience Award. The honour has become a downright authority, which enjoys a high standing among filmmakers. This year, all previous winners will be shown again. Seen side by side, can you identify a trend?

Not directly. But it is interesting to look at which films actually won. Especially in light of the competing films, some of the results are surprising. There are several documentaries which managed to come out ahead of features films even though they tackled very specific or different topics. This shows the kind of audience in this city, which, at the end of the day, is a defining feature of the festival. The filmgoers don’t necessarily ask for easy-to-consume material, but prefer to grapple with every type of content. The viewpoint of such an audience for our films is part of the pleasure of working for the festival. 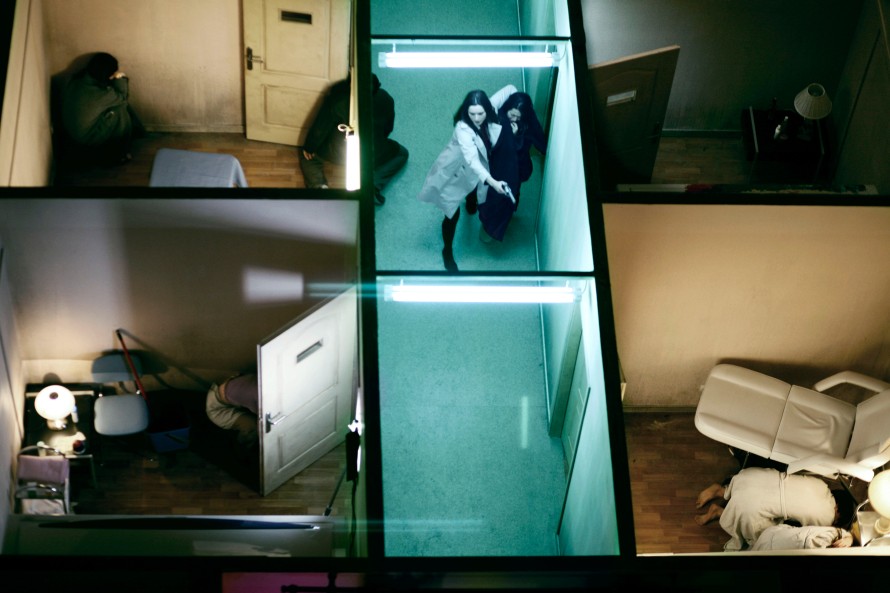 Vision of the radical

In a press release you wrote that cinema promises to again become “more radical, riskier and more inspired”. Which means, as well, that independent productions have the advantage. Where are these qualities found in the programme?

Mid-level film production has been strongly affected by the current economic situation. Especially the art-house segment, which has produced so many well-made films, will see significant cutbacks. Truly independent projects are less affected by the worsened economic conditions. We hope of course, that a radical vision will emerge from here. By this, we don’t necessary mean the next generation of filmmakers. The vision can just as well be realised by directors who have long worked at this level. This is true for Catherine Breillat, but also John Greyson from Canada, who has often been with us. His film this year, Fig Trees, is an extremely challenging work, absolutely innovative, both politically and aesthetically. The film scene needs this urgently: to develop the language of film, to give it a foundation and a background.

A representative of the next generation is, for example, Panos Koutras from Greece, who is showing his film Strella. More than most other Greek filmmakers, he is, with his generation, linked to an attitude of rebellion. Interestingly, his film is based on a very classical narrative structure closely linked to Greek tragedy, but with a very modern ending. Strella is a good example of, on the one hand, history in a grand context, and, on the other hand, being able to see its effect on individual lives. With his narrative form, Koutras reflects a traditional history and at the same time looks at modern Europe.

The difficulties of life in “modern Europe” lead us to the opening film Human Zoo by the Danish director Rie Rasmussen. The film tells the story of a young, half Albanian, half Serbian woman and a young soldier who barely saves her from being raped during the war. The plot is situated in Serbian Kosovo at that time and in contemporary Marseille. In fact, both of them yearn for a modern European life. They feel close to that life, but have come of age in an inhuman, medieval situation of violence. In that respect the film is representative of the profile of this year’s Panorama programme: it looks at the break from tradition, the madness and violence in Europe. At the same time, we have the opportunity to catch a glimpse of change in Europe, at the “modern” in Europe, that which makes the continent one of the most pleasant places in the world.

“Access to the personal, while looking at the effects of globalisation”

This year the documentaries are highly political and some of them shed light on the big picture. In The Shock Doctrine, Michael Winterbottom and Mat Whitecross provide a well-substantiated critique of neo-liberal strategies. They are showing a work-in-progress based on the book of the same name by Naomi Klein. How does one film depict such an analytical and theoretical work?

The “work-in-progress” tag refers to the complexity of the topic. It is almost its nature to have no end, and so far the film itself has not found its own end. Normally I am careful with work-in-progress presentations. But this time it was a content-based decision, to discuss the film with the directors in Berlin, which went hand-in-hand with the decision to show several other films in this programme. Interesting, for example, is the path from the theoretical to a practical approach to the problems of globalisation: The Yes Men Fix the World shows a wonderful approach to preventing despair.

Another very different approach is taken by Jose Padilha in his film Garapa, which deals with the suffering of starving people – how does he manage to overcome the compassionate distance of the viewer?

By confronting the viewer in such a way that he or she becomes furious. After seeing this film you have to first find your focus again, in order to know what to do with all of this fury. The film shows three families at home in Brazil who suffer from hunger and an uprootedness of the worst kind. The film operates at the boundaries of dehumanisation, but doesn’t leave the viewer with the usual sense dismay. The filmmaker proceeds without pretension. His purpose is, for him, to witness and to show what happens when third party interests roll over people and corpses. 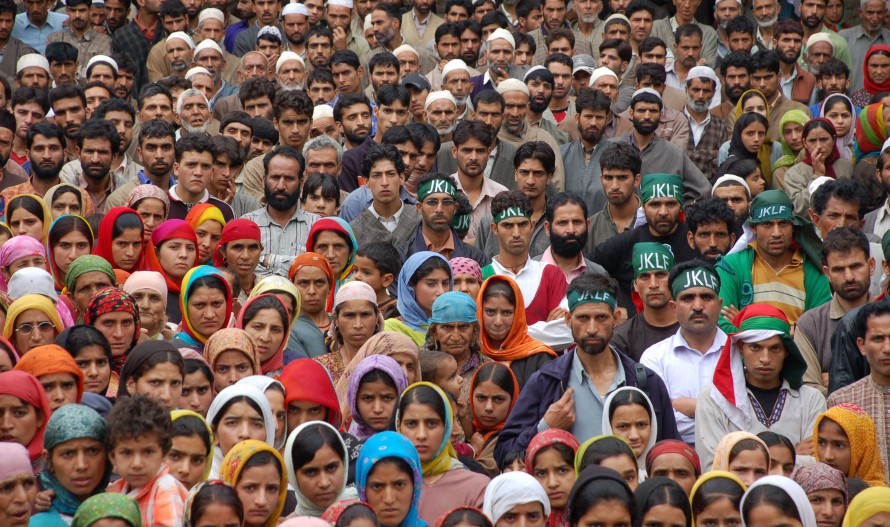 Helga Reidemeister, represented this year by Mein Herz sieht die Welt schwarz – Eine Liebe in Kabul (War and Love in Kabul), stands for a generation of engaged filmmakers with a strong sense of social criticism and who express this in terms of form. Which documentary forms will we see this year? Are there commonalities with other documentaries in the programme?

Reidemeister belongs to the 1968 generation and one senses that in her films. Today she takes a somewhat different approach to back then. As a trend you see more of that in feature films: when the wind blows colder, the films retreat to the microcosm, everything is seen in a more personal way. In documentaries we see the same syndrome. Though here it becomes a means of disrupting the conventional gaze. In the best case the filmmakers free themselves from the “dead-end gaze”, through which countries like Afghanistan, Pakistan or Kashmir are often viewed. They thereby open the supposedly sealed off, almost fatalistic relationship that we have developed towards these countries.

In Kahmir: Journey To Freedom, Udi Aloni portrays with many personal accounts the will and the intense efforts being made to restore the peace that has eluded this region carved up by the neighbouring states for more than 20 years. Rootlessness and the lack of orientation take on great significance here as they do in Kiss the Moon by Khalid Gill. Here it’s about transgender people who are considered good fortune under the Pakistani tradition and play a fixed role in the culture of the community. The restructuring of modern society shakes these traditions and threatens the foundation of the ancestral. An interesting contrast to Europe, where the disintegration of traditions can carry a positive connotation in favour of individual liberty.

Most Europeans will be astonished by the existence of such a tradition. Against this backdrop, is it sad to see that we are moving directly away from integration?

That’s true. To that effect Pakistan is very exciting, because the accustomed view is questioned and mental habits are confronted by new challenges. This uncertainty of the gaze also drives Helga Reidemeister with her film about two families in Afghanistan. She demonstrates very vividly that it is primarily social conditions that lead a man to the Taliban as he searches for work and not necessarily ideological ones. All three films take a look at the active value structures, but also the uprooting of entire families – access to the very personal, but at the same time a perspective on the effects of globalisation.